GET NEWS AND ARTICLES IN YOUR INBOXPrint
A
A
Home | Mises Library | Argumentation Ethics and Liberty: A Concise Guide 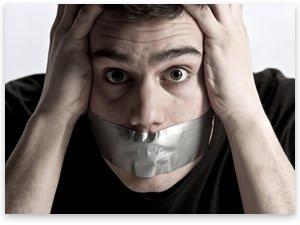 Professor Hans-Hermann Hoppe burst onto the Austrolibertarian scene in the late 1980s, when he moved to the United States to study under and work with his mentor Murray Rothbard. Since his arrival, Professor Hoppe has produced a steady stream of pioneering contributions to economic and libertarian theory. A key contribution of Professor Hoppe is his provocative "argumentation-ethics" defense of libertarian rights.

In setting the stage, Hoppe first observes that the standard natural-rights argument is lacking:

It has been a common quarrel with the natural rights position, even on the part of sympathetic readers, that the concept of human nature is far "too diffuse and varied to provide a determinate set of contents of natural law." Furthermore, its description of rationality is equally ambiguous in that it does not seem to distinguish between the role of reason in establishing empirical laws of nature on the one hand and normative laws of human conduct on the other. (The Economics and Ethics of Private Property [EEPP], p. 313; also A Theory of Socialism and Capitalism [TSC], p. 156n118)

Hoppe's solution is to focus on the nature of argumentation instead of action in general:

The praxeological approach solves this problem by recognizing that it is not the wider concept of human nature but the narrower one of propositional exchanges and argumentation which must serve as the starting point in deriving an ethic. (EEPP, p. 345)

Here he draws on the work of his PhD advisor, the famous European philosopher Jürgen Habermas, and fellow German philosopher Karl-Otto Apel, who had developed a theory of "discourse ethics" or "argumentation ethics." As Hoppe explains this basic approach,

any truth claim, the claim connected with any proposition that it is true, objective or valid (all terms used synonymously here), is and must be raised and settled in the course of an argumentation. Since it cannot be disputed that this is so (one cannot communicate and argue that one cannot communicate and argue), and since it must be assumed that everyone knows what it means to claim something to be true (one cannot deny this statement without claiming its negation to be true), this very fact has been aptly called "the a priori of communication and argumentation." (EEPP, p. 314)

That is, there are certain norms presupposed by the very activity of arguing. Apel and Habermas go on to argue that the ethics presupposed as legitimate by discourse as such justify the standard set of soft-socialist policies. But Hoppe, while recognizing the value of the basic approach, rejected their application of this theory and socialist conclusions. Instead, Hoppe took what was valuable in the Apel-Habermas approach and melded it with Misesian-Rothbardian insights to provide a praxeological-discourse-ethics twist on the standard natural-law defense of rights.

In essence, Hoppe's view is that argumentation, or discourse, is by its nature a conflict-free way of interacting, which requires individual control of scarce resources. In genuine discourse, the parties try to persuade each other by the force of their argument, not by actual force:

Argumentation is a conflict-free way of interacting. Not in the sense that there is always agreement on the things said, but in the sense that as long as argumentation is in progress it is always possible to agree at least on the fact that there is disagreement about the validity of what has been said. And this is to say nothing else than that a mutual recognition of each person's exclusive control over his own body must be presupposed as long as there is argumentation (note again, that it is impossible to deny this and claim this denial to be true without implicitly having to admit its truth). (TSC, p. 158)

Thus, self-ownership is presupposed by argumentation. Hoppe then shows that argumentation also presupposes the right to own homesteaded scarce resources as well. The basic idea here is that the body is "the prototype of a scarce good for the use of which property rights, i.e., rights of exclusive ownership, somehow have to be established, in order to avoid clashes" (TSC, p. 19). As Hoppe explains,

The compatibility of this principle with that of nonaggression can be demonstrated by means of an argumentum a contrario. First, it should be noted that if no one had the right to acquire and control anything except his own body … then we would all cease to exist and the problem of the justification of normative statements … simply would not exist. The existence of this problem is only possible because we are alive, and our existence is due to the fact that we do not, indeed cannot, accept a norm outlawing property in other scarce goods next and in addition to that of one's physical body. Hence, the right to acquire such goods must be assumed to exist. (TSC, p. 161)

Hoppe then goes on to show, following Rothbardian logic1 that the only ownership rule that is compatible with self-ownership and the presuppositions of discourse, is the Lockean original-appropriation rule (TSC, pp. 160–69). In his book review

of Man, Economy, and Liberty: Essays in Honor of Murray N. Rothbard (Walter Block and Llewellyn H.Rockwell, Jr., eds., Mises Institute, 1988), Hoppe pithily summarizes his argumentation-ethics approach (elaborated in further detail in his own chapter in the volume) as follows:

by engaging in discussions about welfare criteria that may or may not end up in agreement, and instead result in a mere agreement on the fact of continuing disagreements — as in any intellectual enterprise — an actor invariably demonstrates a specific preference for the first-use-first-own rule of property acquisition as his ultimate welfare criterion: without it no one could independently act and say anything at any time, and no one else could act independently at the same time and agree or disagree independently with whatever had been initially said or proposed. It is the recognition of the homesteading principle which makes intellectual pursuits, i.e., the independent evaluation of propositions and truth claims, possible. And by virtue of engaging in such pursuits, i.e., by virtue of being an "intellectual" one demonstrates the validity of the homesteading principle as the ultimate rational welfare criterion. (emphasis added)

Hoppe also gives credit to Rothbard for recognizing, in a brief passage, the insights that Hoppe later built on more systematically:

This defense of private property is essentially also Rothbard's. In spite of his formal allegiance to the natural rights tradition Rothbard, in what I consider his most crucial argument in defense of a private property ethic, not only chooses essentially the same starting point — argumentation — but also gives a justification by means of a priori reasoning almost identical to the one just developed. To prove the point I can do no better than simply quote: "Now, any person participating in any sort of discussion, including one on values, is, by virtue of so participating, alive and affirming life. For if he were really opposed to life he would have no business continuing to be alive. Hence, the supposed opponent of life is really affirming it in the very process of discussion, and hence the preservation and furtherance of one's life takes on the stature of an incontestable axiom." (EEPP, p. 321–22, quoting Rothbard, The Ethics of Liberty, p. 32)

Not surprisingly, when Hoppe's argumentation ethics appeared in the late 1980s, e.g. in a Liberty symposium and other publications,2 Rothbard was excited by this new approach:

In a dazzling breakthrough for political philosophy in general and for libertarianism in particular, he has managed to transcend the famous is/ought, fact/value dichotomy that has plagued philosophy since the days of the scholastics, and that had brought modern libertarianism into a tiresome deadlock. Not only that: Hans Hoppe has managed to establish the case for anarcho-capitalist-Lockean rights in an unprecedentedly hard-core manner, one that makes my own natural law/natural rights position seem almost wimpy in comparison.3

A future research program for Hoppe and other libertarian philosophers would be (a) to see how far axiomatics can be extended into other spheres of ethics, or (b) to see if and how this axiomatic could be integrated into the standard natural law approach. These questions provide fascinating philosophical opportunities. Hoppe has lifted the American movement out of decades of sterile debate and deadlock, and provided us a route for future development of the libertarian discipline.

Since the advent of Hoppe's breakthrough theory of rights, it has continued to gain attention and adherents (and controversy). I based my own, related "estoppel" theory of libertarian rights on Hoppe's work starting in 1991 (see, e.g., "Punishment and Proportionality: The Estoppel Approach," 1996),

and ended up writing a detailed survey of related theories in "New Rationalist Directions in Libertarian Rights Theory" (1996).

In the meantime, other work has built on Hoppe's monumental rights theory, so much so that I've been tempted to collect material for an "argumentation-ethics reader."

Because of logistic, copyright, and other issues, I've not completed this project yet, but as most of these pieces are online, I thought it would make sense to provide a skeletal outline, with links where available, of such a book. It is below.4 Hoppe's argumentation ethics and other important economic, philosophical, and political works are will be discussed in my upcoming Mises Academy course The Social Theory of Hoppe.

Part Three: Commentary on and Extensions of Hoppe's Argumentation Ethics

Part Four: Other and Related Approaches to Discourse Ethics