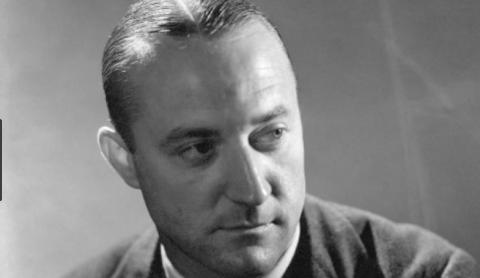 Any attempt to equalize wealth or income by forced redistribution must only tend to destroy wealth and income. Historically the best the would-be equalizers have ever succeeded in doing is to equalize downward. This has even been caustically described as their intention. “Your levellers,” said Samuel Johnson in the mid-eighteenth century, “wish to level down as far as themselves; but they cannot bear levelling up to themselves.”

And in our own day we find even an eminent liberal like the late Mr. Justice Holmes writing: “I have no respect for the passion for equality, which seems to me merely idealizing envy.”1

At least a handful of writers have begun to recognize explicitly the all-pervasive role played by envy or the fear of envy in life and in contemporary political thought. In 1966, Helmut Schoeck, professor of sociology at the University of Mainz, devoted a scholarly and penetrating book to the subject, to which most future discussion is likely to be indebted.2

There can be little doubt that many egalitarians are motivated at least partly by envy, while still others are motivated, not so much by any envy of their own, as by the fear of it in others, and the wish to appease or satisfy it. But the latter effort is bound to be futile. Almost no one is completely satisfied with his status in relation to his fellows.

In the envious the thirst for social advancement is insatiable. As soon as they have risen one rung in the social or economic ladder, their eyes are fixed upon the next. They envy those who are higher up, no matter by how little. In fact, they are more likely to envy their immediate friends or neighbors, who are just a little bit better off, than celebrities or millionaires who are incomparably better off. The position of the latter seems unattainable, but of the neighbor who has just a minimal advantage they are tempted to think: “I might almost be in his place.”

Moreover, the envious are more likely to be mollified by seeing others deprived of some advantage than by gaining it for themselves. It is not what they lack that chiefly troubles them, but what others have. The envious are not satisfied with equality; they secretly yearn for superiority and revenge. In the French Revolution of 1848, a woman coal-heaver is said to have remarked to a richly dressed lady: “Yes, madam, everything’s going to be equal now; I shall go in silks and you’ll carry coal.”

Envy is implacable. Concessions merely whet its appetite for more concessions. As Schoeck writes: “Man's envy is at its most intense where all are almost equal; his calls for redistribution are loudest when there is virtually nothing to redistribute.”3

(We should, of course, always distinguish that merely negative envy which begrudges others their advantage from the positive ambition that leads men to active emulation, competition, and creative effort of their own.)

But the accusation of envy, or even of the fear of others’ envy, as the dominant motive for any redistribution proposal is a serious one to make and a difficult if not impossible one to prove. Moreover, the motives for making a proposal, even if ascertainable, are irrelevant to its inherent merits.

We can, nonetheless, apply certain objective tests. Sometimes the motive of appeasing other people's envy is openly avowed. Socialists will often talk as if some form of superbly equalized destitution were preferable to “maldistributed” plenty. A national income that is rapidly growing in absolute terms for practically everyone will be deplored because it is making the rich richer. An implied and sometimes avowed principle of the British Labour Party leaders after World War II was that “Nobody should have what everybody can't have.”

But the main objective test of a social proposal is not merely whether it emphasizes equality more than abundance, but whether it goes further and attempts to promote equality at the expense of abundance. Is the proposed measure intended primarily to help the poor, or to penalize the rich? And would it in fact punish the rich at the cost of also hurting everyone else?

This is the actual effect of steeply progressive income taxes and confiscatory inheritance taxes. These are not only counterproductive fiscally (bringing in less revenue from the higher brackets than lower rates would have brought), but they discourage or confiscate the capital accumulation and investment that would have increased national productivity and real wages. Most of the confiscated funds are then dissipated by the government in current consumption expenditures. The long-run effect of such tax rates, of course, is to leave the working poor worse off than they would otherwise have been.

How to Bring On a Revolution

There are economists who will admit all this, but will answer that it is nonetheless politically necessary to impose such near-confiscatory taxes, or to enact similar redistributive measures, in order to placate the dissatisfied and the envious — in order, in fact, to prevent actual revolution.

This argument is the reverse of the truth. The effect of trying to appease envy is to provoke more of it.

The most popular theory of the French Revolution is that it came about because the economic condition of the masses was becoming worse and worse, while the king and the aristocracy remained completely blind to it. But de Tocqueville, one of the most penetrating social observers and historians of his or any other time, put forward an exactly opposite explanation. Let me state it first as summarized by an eminent French commentator in 1899:

Here is the theory invented by Tocqueville. ... The lighter a yoke, the more it seems insupportable; what exasperates is not the crushing burden but the impediment; what inspires to revolt is not oppression but humiliation. The French of 1789 were incensed against the nobles because they were almost the equals of the nobles; it is the slight difference that can be appreciated, and what can be appreciated that counts. The eighteenth-century middle class was rich, in a position to fill almost any employment, almost as powerful as the nobility. It was exasperated by this “almost” and stimulated by the proximity of its goal; impatience is always provoked by the final strides.4

I have quoted this passage because I do not find the theory stated in quite this condensed form by Tocqueville himself. Yet this is essentially the theme of his L’Ancien Régime et la Revolution, and he presented impressive factual documentation to support it. Here is a typical passage:

It is a singular fact that this steadily increasing prosperity, far from tranquilizing the population, everywhere promoted a spirit of unrest. The general public became more and more hostile to every ancient institution, more and more discontented; indeed, it was increasingly obvious that the nation was heading for a revolution ...

Thus it was precisely in those parts of France where there had been most improvement that popular discontent ran highest. This may seem illogical — but history is full of such paradoxes. For it is not always when things are going from bad to worse that revolutions break out. On the contrary, it oftener happens that when a people which has put up with an oppressive rule over a long period without protest suddenly finds the government relaxing its pressure, it takes up arms against it. Thus the social order overthrown by a revolution is almost always better than the one immediately preceding it, and experience teaches us that, generally speaking, the most perilous moment for a bad government is one when it seeks to mend its ways. Only consummate statecraft can enable a King to save his throne when after a long spell of oppressive rule he sets to improving the lot of his subjects. Patiently endured so long as it seemed beyond redress, a grievance comes to appear intolerable once the possibility of removing it crosses men’s minds. For the mere fact that certain abuses have been remedied draws attention to the others and they now appear more galling; people may suffer less, but their sensibility is exacerbated ...

In 1780 there could no longer be any talk of France’s being on the downgrade; on the contrary, it seemed that no limit could be set to her advance. And it was now that theories of the perfectibility of man and continuous progress came into fashion. Twenty years earlier there had been no hope for the future; in 1780 no anxiety was felt about it. Dazzled by the prospect of a felicity undreamed of hitherto and now within their grasp, people were blind to the very improvement that had taken place and eager to precipitate events.5

The expressions of sympathy that came from the privileged class only aggravated the situation:

The very men who had most to fear from the anger of the masses had no qualms about publicly condemning the gross injustice with which they had always been treated. They drew attention to the monstrous vices of the institutions which pressed most heavily on the common people and indulged in highly colored descriptions of the living conditions of the working class and the starvation wages it received. And thus by championing the cause of the underprivileged they made them acutely conscious of their wrongs.6

Tocqueville went on to quote at length from the mutual recriminations of the king, the nobles, and the parliament in blaming each other for the miseries of the people. To read them now is to get the uncanny feeling that they are plagiarizing the rhetoric of the limousine liberals of our own day.

All this does not mean that we should hesitate to take any measure truly calculated to relieve hardship and reduce poverty. What it does mean is that we should never take governmental measures merely for the purpose of trying to assuage the envious or appease the agitators, or to buy off a revolution. Such measures, betraying weakness and a guilty conscience, only lead to more far-reaching and even ruinous demands. A government that pays social blackmail will precipitate the very consequences that it fears.

This article, a chapter in Hazlitt's book, The Conquest of Poverty, appeared in the March 1972 issue of The Freeman. Published in the collection The Wisdom of Henry Hazlitt.