The Anguish of Central Banking 2005 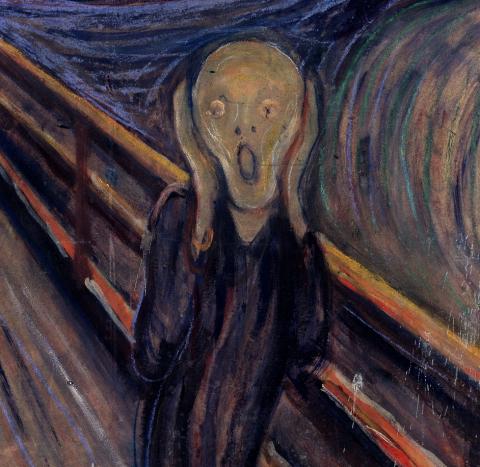 It is more than twenty-five years ago, when former US central bank chairman Arthur Burns held a shocking speech at the meeting of the International Monetary Fund in Belgrade, on September 30, 1979, entitled "The Anguish of Central Banking."1 In his talk Burns offered little hope for an escape from secular inflation. Current worldwide philosophical and political trends, Burns diagnosed, will continue to undermine wealth creation and strangle incentives. These modern trends produce permanent budget deficits and have introduced "a strong inflationary bias" (p. 13) into the economy.

Reviewing central bank action in the 1960s and 1970s, Burns stated in his speech that  "(v)iewed in the abstract, the Federal Reserve System had the power to abort the inflation at its incipient stage fifteen years ago or at any later point, and it has the power to end it today. At any time within that period, it could have restricted money supply and created sufficient strains in the financial and industrial markets to terminate inflation with little delay. It did not do so because the Federal Reserve was itself caught up in the philosophic and political currents that were transforming American life and culture" (p. 15).

Modern central banks lack the stamina to fight inflation in a consistent way. They may try to curb the inflationary pressure, but, "by and large", monetary policy has fallen under the spell of being "governed by the principle of undernourishing the inflationary process while still accommodating a good part of the pressures in the marketplace", Burns explained. It is the same in other parts of the world where almost all of the modern central banks are functioning in a basically similar political environment, and thus behave in the same fashion leading to the "anguish of central banking" (p. 16).

Central banks are not only hostages of their political environment, but they are also technically and intellectually hardly up to their job. Central bankers make errors and encounter surprises "at practically every stage of the process of making monetary policy" (p. 18); misinterpretations of statistics abound, and there is also no reliable scientific guide for central banking: "Monetary theory is a controversial area. It does not provide central bankers with decision rules that are at once firm and dependable" (p. 17).

Burns ended his speech saying: "My conclusion that it is illusory to expect central banks to put an end to the inflation that now afflicts the industrial democracies does not mean that central banks are incapable of stabilizing actions; it simply means that their practical capacity for curbing an inflation that is continually driven by political forces is very limited" (p. 21).

What has changed since then? Are central banks up to their job by now? Have they learned how to interpret statistics correctly? Have they gained true independence? A superficial answer may say yes: Paul Volcker came in, put on the brakes, wiped out inflationary expectations and opened the door to decades of stability. And then came Alan Greenspan to carry on and brought modern central banking to its current epitome.

In a more realistic assessment, however, the answer must be that not much has really changed. Inflation seems to be more benign nowadays, but it is a harsh twist of words to say price stability has been achieved when, since 1980, the official price index has doubled. Central bankers still meet surprises "at practically every stage of the process of making monetary policy", and modern interventionist academic monetary theory has actually contributed very little "to provide central bankers with decision rules that are at once firm and dependable".

Seen in a long-term historical perspective, we still live in an inflationary age, and the turning point for the U.S. can be clearly defined in 1914 when the US central bank began its operations. It took only a couple of years for the newly created Federal Reserve System to create an inflationary boom ushering the way to the Great Depression later on. The "stability" of the 1930s and 1940s came about with the Great Depression and the price controls during the war. After that episode, prices began its steady rise, first slowly, then, since the late 1960s, more accelerated. In a long-term perspective, the slowing of the price increases in the 1980s and 1990s is nothing more than a slight flattening of the curve (see Chart 1).

Since abandoning the gold standard, we entrust two of the central prices in the economy -- the interest rate and the exchange rate -- to governmental bureaucrats for them to manipulate. Presumably they know what they are doing and they are doing it for the best of the country. Facts speak against this presumption.

After a short period of forcefully curbing the money supply in the late 70s -- more by accident in its impact than by deliberate design2 -- the US central bank has turned again into veritable debt machine inundating households, companies, government and the globe with dollars. Foreign central banks and governments are eager to join in, each of them pursuing to gain a temporary advantage by targeting the United States as the willing absorber of its exports. What is going on currently is global debt creation at an unprecedented pace, and the major players in this game are central banks under the obvious or implicit tutelage of their governments.

Registered inflation rates have been more subdued since the 1980s, but inflation certainly is not "dead" and the inflationary age has not yet ended, and it will not end as long as central banks and governments hold the lever to create money more or less at will. No less so when Burns practiced central banking, the interventionist policies of today’s central banks lack a reliable basis in monetary theory, diagnostic errors abound, and the inherent inflationary bias of central banks is still alive. While recently benign, inflation may turn malicious again anytime soon.

In this perspective, it seems an idle game to expect better central bankers or improved analytical tools or -- for heaven’s sake – more reliable econometric models. The right way to look for the escape is moving towards different institutional settings like that envisioned by Friedrich Hayek under the heading of a "denationalization of money" by which it is suggested to dissolve the monopolistic structure that characterizes modern central banking.

Ludwig von 3Mises put the problem this way: "Credit expansion is the government’s foremost tool in their struggle against the market economy. In their hands it is the magic wand designed to conjure away the scarcity of capital goods, to lower the rate of interest or to abolish it altogether, to finance lavish government spending, to expropriate the capitalists, to contrive everlasting booms, and to make everybody prosperous" -- with the consequence that such an artificial boom inexorably will lead to the bust.

Modern central banks will do little other at best than to "undernourish" the trend towards inflation -- when they are good at their job and helped by some luck. Faced with the serious choice between putting serious strain on the financial markets and industry to terminate inflation or letting the boom go on beyond control, they will opt for the latter. In the current institutional setting it is the natural tendency of central banks to produce unsustainable booms first and prolong the inevitable slump in the aftermath.