GET NEWS AND ARTICLES IN YOUR INBOXPrint
A
A
Home | Mises Library | Alan Greenspan Was Right! (About Antitrust, Anyway) 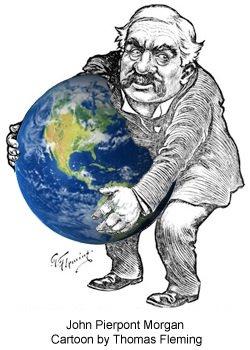 For all his other problems, Alan Greenspan was certainly right about antitrust regulation:

The world of antitrust is reminiscent of Alice's Wonder-land: everything seemingly is, yet apparently isn't, simultaneously. It is a world in which competition is lauded as the basic axiom and guiding principle, yet "too much" competition is condemned as "cutthroat." It is a world in which actions designed to limit competition are branded as criminal when taken by businessmen, yet praised as "enlightened" when initiated by the government. It is a world in which the law is so vague that businessmen have no way of knowing whether specific actions will be declared illegal until they hear the judge's verdict — after the fact. (Alan Greenspan, "Antitrust," in Ayn Rand, ed., Capitalism: The Unknown Ideal, 1962)

Greenspan was also right when he concluded in the same essay that "the entire structure of antitrust statutes in this country is a jumble of economic irrationality and ignorance" and is the product of "a gross misrepresentation of history, and of rather naïve, and certainly unrealistic, economic theories."

In Power and Market Murray Rothbard pointed out that almost the entire economics profession has aided and abetted this "irrationality and ignorance" by constructing a theoretical apparatus (the "perfect-competition" model and myriad theories of "imperfect" competition) that has long served as an intellectual "justification" for one of the most destructive forms of economic interventionism.

Only the Austrian School, with a much more intellectually rigorous understanding of competition and monopoly, has provided consistent opposition to the destructiveness of antitrust regulation. The Austrian economists' theories of competition and entrepreneurship have always been at the heart of their contributions to all economic debates (not just the antitrust debate), from the famous socialist-calculation debate of the early 20th century to criticisms of central banking as just another cartel, to government regulation of industry in general, and many other issues. The Austrian theory of competition as a dynamic, rivalrous process of entrepreneurship and discovery — as opposed to a set of static mathematical equilibrium conditions (as with the "mainstream" theory) — is a cornerstone of the Austrian School of economics.

This is why I am offering a five-week online Mises Academy course beginning on March 15 entitled "Competition, Monopoly, and Antitrust: The Austrian Perspective." The first two classes will present the Austrian theories of completion and monopoly, contrast them with the "mainstream" theory, and point out the implications for both economic theory and public policy. The last three classes will be devoted to applications of the Austrian theory of competition and monopoly to present critiques of antitrust and "natural-monopoly" regulation, and to dispel numerous myths about such competitive business practices as mergers, corporate takeovers, price cutting, advertising, product differentiation, and more. The general course outline is as follows:

Among the things students will learn is what F.A. Hayek meant when he said that "in perfect competition there is no competition"; how antitrust regulation has been a protectionist racket from the very beginning; how, for more than a century, antitrust regulation has handicapped American entrepreneurs to the benefit of their foreign competitors; how Ludwig von Mises's understanding of competition as a dynamic, rivalrous process was a key to his critique of socialism; how regulation in general short-circuits free-market efforts to solve economic problems through the competitive process; the role of the economics profession in concocting myriad myths about the free market; and how, as Murray Rothbard wrote, "the antitrust laws … do not in the least 'diminish monopoly'" but rather "impose a continual, capricious harassment of efficient business enterprise."