Advancing Pharmaceutical and Medical Technology Does Not Depend on Patents 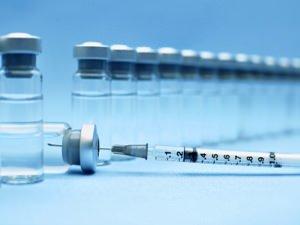 Pharmaceutical drug manufacturers are often regarded as the successes of the intellectual property regime. It is assumed that their willingness to take risks by investing heavily in R&D is justified by the awarding of patents over their lifesaving discoveries. Proponents of intellectual property claim that without patents many lifesaving drugs would not exist. They assert that generic drug manufacturers would diminish profit margins and dissipate the original manufacturer’s market share and innovation would come to a virtual standstill. Further, manufacturers once willing to create new drugs will no longer do so without sufficient returns on investment. Research into the matter suggests, however, that patent protection may not be required for medical advances.

The notion that unpatented medical technologies are not feasible is historically false. Surveys of important medical breakthroughs provide insight into whether patents are absolutely necessary and conducive to innovation in medicine. In 2006, the British Medical Journal challenged its readership to submit a list of the most noteworthy medical and pharmaceutical inventions throughout history. The original list contained over 70 different discoveries before being narrowed down to 15. The list goes as follows in no particular order: penicillin, x-rays, tissue culture, ether anesthetic, chlorpromazine, public sanitation, germ theory, evidence-based medicine, vaccines, the pill, computers, oral rehydration therapy, DNA structure, monoclonal antibody technology, and smoking health risk. Of these discoveries, only two of them have remotely anything to do with patents, chlorpromazine and the pill.1  In another survey conducted by the United States Centers for Disease Control the results are strikingly similar. Of the ten most important medical discoveries of the twentieth century, none of them had anything to do with patents.2

Contrary to popular belief, large pharmaceutical companies may maintain significant market share advantages after the introduction of generics through the help of natural barriers to entry. Large pharmaceutical companies have a first-mover advantage and an established internal and external structure that competitors, large and small, do not. Regardless of how fast competitors can manufacture a generic drug (never mind the fact that they must hire new labor, train new employees, buy raw materials, establish suppliers, organize logistics, create a marketing and advertising plan, and set up competitive shelf space), it can be extremely difficult to make a dent in the market dominance of an already-established drug. Competition data from India suggests that it takes approximately four years for generic drugs to enter the market.3  In addition, the Congressional Budget Office calculated that an original drug manufacturer could still maintain a market share of more than 20 percent after the introduction of generics. Expanding the scope of research beyond pharmaceutical drugs, a survey of R&D labs and company managers revealed that between 23 percent and 35 percent believe a patent is an effective way of getting a return on investment. At the same time 51 percent believe trade secrets to be an effective way of ensuring returns.4

The Truth about R&D Costs and Generic Drugs

The pharmaceutical industry globally maintains about a 25 percent operating margin as opposed to 15 percent for consumer goods. In the United States, this number achieved its zenith at almost 35 percent. The high margin on the drugs may not be due directly to high R&D costs, either. As of 2006, the ratio of R&D to sales revenue was about 0.19.8 Further, the top 30 pharmaceutical firms in the world incur costs for promotions and advertising that are nearly double the costs of R&D. This is not to imply that there is a perfect amount of R&D spending each firm must do, rather it is to show that the inability to recoup R&D costs is greatly exaggerated.

Generic drugs are not just manufactured by small companies that seek to ride on the coattails of the giants. It is believed that generics add nothing innovative to the realm of lifesaving drugs, they merely manufacture competing drugs that are already in the public domain; the real innovation comes from the companies willing to invest in research and development. The National Institute of Health Care Management conducted a survey of drugs that received approval from the FDA from 1989 to 2000 with revealing results. Just over half the drugs in the survey, 54 percent, were using active ingredients that were already in use in the market. Of the drugs that were approved by the FDA, 23 percent were given a priority rating on the basis that they were a sufficient clinical improvement compared to existing alternatives. As a corollary, 77 percent of the approved drugs did not exhibit any kind of significant clinical improvement. In other words, these drugs are functionally generic drugs, offering no kind of advantage over existing treatments. Large drug companies are ironically engaging in the kind of behavior they abhor by developing functionally generic drugs while wasting valuable R&D resources.

In a truly free market, whoever has the resources to manufacture an invention is permitted to do so, and the firms that enter the market first with a new drug enjoy a significant advantage. Moreover, the fact remains that the best way to protect an idea is to keep it a secret, which is why the trade-secret method remains effective. The state, however, has made it profitable to conclude that the best way to protect an idea is twisting the wrists and shoulders of one’s competitors with government force. Yet in spite of overwhelming government intervention, innovation and ingenuity prevail, even if to a lesser degree.

Nathan Nicolaisen is a senior at Luther College in Decorah, Iowa studying business management and mathematics.