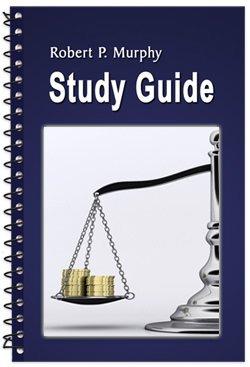 When two individuals trade goods as an isolated event, catallactics can only say that the exchange ratio in this act of barter will ensure that each trader gains something more valuable than what he gives up. Beyond that truism, the exchange ratio (barter "price") could be anywhere in a wide range. However, in an organized market with many buyers and sellers of the same item, the modern theory of price formation explains that the price must fall within narrow limits (as explained in the Technical Notes below).

The modern, subjectivist theory of prices does not assume that people have "perfect knowledge" of the market. On the contrary, catallactics can explain the formation of actual prices in the real world. Indeed, those mainstream economists who study static "equilibrium" outcomes ignore the crucial process in which speculative entrepreneurs drive the market towards equilibrium. By spotting disequilibrium (but real-world) prices and acting to seize the profit opportunities that they entail, it is the entrepreneurs who move the whole system towards the equilibrium state that the mathematical economists take for granted as the starting point of analysis. By buying "underpriced" goods or factors of production, and selling "overpriced" ones, the entrepreneurs push up the former and push down the latter prices, earning profits and equilibrating the economy.

All prices are ultimately formed because of the subjective valuation of the consumers. We must always remember that the price that results from an act of exchange is not determined by an equality of values (e.g., "one car equals 30,000 dollars") but rather a difference in valuation (e.g., the seller values the 30,000 dollars more than the car, while the buyer values the car more than his 30,000 dollars).

Appraisement is different; it is an objective assessment of how much money an item will fetch in the market. Though the subjective valuations of consumers ultimately explain these prices, the appraiser himself needn't consider his personal opinion of the utility of the object being evaluated. Even so, in a modern economy, even the consumer must act as an appraiser. This is because to gauge the true cost of a purchase, the consumer must consider what other goods and services could be acquired with the money instead. To answer this question, the consumer must be familiar with the purchasing power of money, i.e., with the typical prices of goods and services that he might desire instead.

3. The Prices of the Goods of Higher Orders

The economist explains the prices of higher-order goods (i.e., factors of production) in the same way that he explains the prices of consumer goods, i.e., by first explaining what motivates purchases and then by imagining what conditions would cause the market to cease. When it comes to consumers, they purchase products so long as the units they acquire are valued more highly than the money they trade away. With entrepreneurs in the markets for factors of production, the same is true. However, unlike consumers, they do not value their purchases for the direct utility they provide. On the contrary, the entrepreneurs evaluate factors of production based on their appraisal of the products that these factors can create. Thus, subjective consumer valuations determine the prices of the first-order goods, and then appraising entrepreneurs forecast these prices in order to guide their buying decisions, which lead to the formation of the prices of 2nd, 3rd, and higher-order goods.

For the entrepreneur, costs are the money required to purchase the factors of production. Naturally, the entrepreneur seeks out factors of production with prices low enough to allow him to create and sell a product, earning enough revenue to cover his explicit costs. Determining the optimal quantity of factors to purchase is a complicated task because (for technological reasons) proportional increases in inputs do not always yield proportional increases in yield.

Although there are strict rules of accountancy (both for shareholders and tax purposes), we must remember that the entrepreneur is always guided by his forecasts of likely future prices. At any time, there is no "fact of the matter" of the capital value of a given inventory; what matters is not how much the firm paid for the inputs, but rather what the firm is likely to get when it sells the inventory in the future (and what the relevant interest rate will be in the interim).

The mathematical economists deride the "literary" approach, believing that only empirical measurement is scientific. But there are no constants in human action, as there are in the natural sciences (charge of an electron, speed of light in a vacuum, etc.). The statistical analysis of prices is merely a study of economic history, as past prices have no necessary relation to future ones. The mathematical study of prices also proceeds as if there is no monetary good or market process, and hence entirely misconstrues the way prices are formed in the real world. Finally, the attempt to model the differential equations of classical mechanics is faulty. The physicist can describe the motion of a ball in a vacuum at any point in time, but he doesn't know "why" the ball moves. In contrast, the praxeologist knows why men exchange in a market, but he can't predict beforehand the actual market price at any moment (because in reality any such price will be a "disequilibrium" one, while the equations refer to hypothetical equilibrium prices).

The sovereignty of the consumer is violated only very rarely on a free market, namely when the sole seller (or a group of all sellers acting in concert) find it profitable to restrict output and raise the price above what the competitive price would have been. The monopolist will only be able to do this when the demand curve is inelastic at the competitive price (meaning the seller will receive more total revenues by raising price and selling fewer units), and when the seller can't discriminate among the buyers. (If the monopolist could segment the market, charging different prices for each group, then he wouldn't need to restrict output in order to maximize profit.)

It is important to realize that being a "monopolist" per se is insignificant. If we define the product or service narrowly enough, every producer is a monopolist. (Only one person can sell Mary Rosen's litigation services.) For Mises, the seller violates consumer sovereignty only when he restricts output below what the consumers desire, i.e., below the competitive level.

Because people are endowed with different information and areas of expertise, buyers often must rely on the integrity of the seller. As a particular producer gains trust over time, this "good will" gives him an advantage over competitors who lack it. Many paternalist reformers wish to substitute government certification for the market's response to "asymmetric information," but if the government appointees are themselves fallible (or corrupt), this is no solution. Though inefficient when compared to a world where people are omniscient, the market outcome of brand-name recognition and trust overcomes the problem of asymmetric information.

If there is a single buyer, or if all of the buyers act in concert, they can restrict demand in order to lower the price. However, they will necessarily buy (and hence enjoy) fewer units of the good compared to the status quo. Thus the "monopolistic" buyer cannot earn a specific gain the way a monopolistic seller can.

9. Consumption as Affected by Monopoly Prices

Generally speaking, the happiness of consumers is impaired by monopoly prices. The one exception is a situation where a product would not be produced at all, were it not for monopoly prices in one of its essential inputs. (This is the justification for granting monopolies — in the form of patents or copyrights — to the creators of "intellectual property.")

Most discussions of monopoly are confused. In a free market, only a few minerals and local network goods (phone lines, electricity) would have monopoly prices. In reality, it is government privileges that establish cartels and monopolies.

10. Price Discrimination on the Part of the Seller

Generally economists discuss market prices as if there is a single price prevailing for "the same" good or service. However, it is sometimes possible for a seller to charge different prices based on a particular customer's willingness to pay. This can only happen if it is difficult for the buyers to resell the good among themselves, and it will only happen if the seller will thereby gain more profit than if he had charged a uniform price. The textbook example of price discrimination is a country doctor who charges more from his wealthy clients than from his poor ones.

11. Price Discrimination on the Part of the Buyer

Although monopolistic buyers cannot achieve monopoly prices (and monopoly gains), they can conceivably benefit from price discrimination, i.e., from paying different prices to different sellers. This situation would not persist on a free market, however, because it relies on the crass ignorance of the sellers.

12. The Connexity of Prices

The prices of certain goods have a special connection; a sale on peanut butter may affect the price of jelly. But even more generally, the prices of all goods are related because they all compete for the money of buyers. And since labor is required for every good, they are all interrelated on both the consumption and production side. It is impossible to analyze a particular price in isolation.

The market process does not engage in distinct activities of price determination and income determination (or production versus "distribution"). The market process entails the definite exchange ratios in actual, specific transactions. It is only a subjective attitude that views a capital good (or even land or labor) as a source of income. Only the successful, acting individual can maintain capital equipment or his body in order to continually sell goods or services in the future to reap this anticipated flow of "income."

The market process directs the factors of production into those lines that best satisfy the desires of the consumers. In a free market, there cannot be long-run unemployment of labor, as labor is the ultimate nonspecific factor. However, there can be sustained unemployment of specific land or even capital goods — "idle capacity." So long as this outcome occurs on a free market, it represents the most efficient use of resources, given the mistakes of the past. For the government to pass legislation to spur employment of these factors (hence ignoring reality) only makes the consumers poorer.

15. The Chimera of Nonmarket Prices

It is nonsense to speak of prices besides those formed in the actual market. There are always segments of the population who would benefit from higher (or lower) prices for a particular good or service, but their desire for a different price in no way impugns the actual price. Because market prices take into account all relevant facts, those attempting to alter prices would necessarily be ignoring these real considerations. For example, if the government requires an equal price for all types of running shoes, this will not eliminate the fact that the consumers really do "arbitrarily" value some brands more than others.

In yet another long and important chapter, Mises lays out the nature of prices and (briefly) sketches how they are actually formed.

(A more elaborate treatment of the formation of specific prices is in Rothbard's Man, Economy, and State.)

Mises is very clear on the complicated but crucial relationship between subjective consumer valuations and objective prices of the factors of production. The material in this chapter is necessary to fully understand Mises's critique of socialism.