How to Reverse the Innovation Slowdown 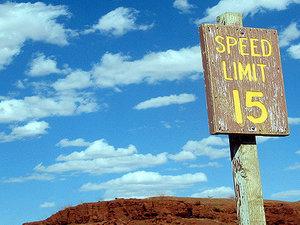 Is innovation slowing? Will it stop? A new paper by one Jonathan Huebner in the awesomely-named journal Technological Forecasting & Social Change argues that innovation is slowing, indeed it’s halved in the past hundred years.

Because Huebner is a physicist, he naturally looks for abstract and generalizable reasons. These take him to dark places: he worries that technology has an “economic limit” or perhaps that our brains have a limit we’re bumping against. He concludes, “The rate of innovation reached a peak over a hundred years ago and is now in decline. This decline is most likely due to an economic limit of technology or a limit of the human brain that we are approaching.”­­­

A central problem with Huebner’s theory is that economics is not physics. Because people have brains, we come to do things, or come to believe things, in clusters or “cascades.” And these cascades depend on being personally influenced, personally incentivized, or personally forced.

Comparing with the Golden Age of Innovation

The biggest lump in Huebner’s comparison is that he’s comparing today to a period known popularly as the “Gilded Age” and which met its end under particularly suspicious circumstances.

The term “gilded” is a journalistic slander for what’s more naturally called our “Golden Age.” Why Golden? The pace of innovation in the last part of the nineteenth century should dazzle even a jaded iPhone-waving, Tinder-swiping hover-boarder. A partial list reads: electricity, telegraph, automobile, flight, steam turbine, moving pictures, wireless communications, broadcasting, plastics. We went from whale oil to kerosene then gas cooking. From Pony Express to telegraph then wireless broadcasting nationwide. The Golden Age reads straight out of sci-fi. Indeed, for all the gee-whizzery of today, I’d argue it’s quite debatable whether we even match these three decades from 1870 to 1900.

Progress Stymied by the Progressive Era

What makes the “Golden Age” doubly interesting is that it didn’t just dribble away. No, it ran into that great world-striding ideology: the Progressive Era. It was an era that promised a “scientific” reorganization of society, with one of their first priorities to tame the rampant beast of runaway capitalism; to replace the Law of the Jungle with a humane version that would take care of everybody.

Concretely, the reformers aimed to domesticate corporations using a never-ending stream of regulations, backed by criminal prosecution for disobedience. This leash replaced the traditional control on corporate irresponsibility of tort law. The change from tort to regulation transformed the US system into one where companies become something between a felon on parole and the domesticated pets of government. Taxes were raised, sure, but the main mechanism was constraining business through regulations, fiat commands, and forced cartelizations such as the FDA, FCC, Federal Reserve, and hundreds of industry-specific regulators tasked with “rationalizing” competition in their fiefdoms.

The result of this taming of business was, not shockingly, less innovation. After all, those rampant corporations weren’t doing all that innovation out of kindness, or to advance the torch of civilization. They were doing it so the greedy bastards could get rich. In a free market, the quickest way to make a fortune is to build a better mousetrap and sell it to the world. Edison, Carnegie, Rockefeller responded to incentives, making unimaginable advances so they could be rich.

Once these great innovators were tamed by regulatory micro-management and ever-increasing burdens, they start to settle down to a more-comfortable life. In many cases they switched their innovation investments into investing in regulations themselves. Milking what they got, buying further innovation-hobbling rules and cartels to feather their nests, instead of disrupting industry after industry.

Essentially, the Golden Age ended in a classic protection racket, trading protection for the leash.

The disruptors were tamed.

And, naturally, innovation collapsed. It wasn’t gone, but it was cut empirically by half. Giving us Huebner’s data in which — a zooming 1870s eventually ground down into a progressive slog. Innovation continues, to be sure, since we can stand on the shoulders of giants. But there’s nothing remotely like the TopHat Singularity of the 1870s.

With that narrative, I’ll dig into each of Huebner’s particular concerns.

There’s No Such Thing as An Economic Limit to Innovation

First, the “economic limit” to technological change. There’s absolutely no economic reason for a limit to technology in terms of either speed or an end-point. Because technology is akin to creating new recipes — new ways to combine inputs into output. Given there are a quadrillion potential sandwich combinations at Subway, there are clearly more potential technological recipes than atoms in the galaxy. Meaning there is effectively no limit to creativity. There’s no sneaky hidden economic mechanism that stomps on the brakes when we’re innovating “too fast.”

Nor have we used up our brains. Because the number of potential technology “recipes” is so large, we’ve gone from exploiting the equivalent of a single grain in the Sahara in 1870 to perhaps 1.3 grains in the Sahara today. The percent of possible innovations we’ve exploited in those interceding 145 years is, in the grand scheme, nothing.

I don’t blame Huebner for the pessimistic mistake. Indeed, it’s very common. I think this is so for two reasons: first is undervaluing the relationship of policy and innovation. And second is simply perspective. For example, is a hundred people a lot or a little? If you’re used to crowds of thousands then one hundred is lonely. And if you’re expecting three people for dinner, hundreds of people is quite a crowd.

Similarly, is it a crazy sci-fi world we’re spinning in, or are we trudging along in a pathetically primitive state, barely above the chimps? It depends what you expected. Most observers look at the past and say “Wow.” If, however, we look at the missed potential — if we extrapolate from the Golden Age — it’s easy to be embarrassed by today’s technology. It becomes easy to see that it’s not natural limits to economics or brains that’s holding us back. It’s simply bad policy. Policies that burden startups, harass and tax innovation, even outlaw it. We haven’t killed the Golden Goose yet. But we’re working on it.

So where are we today? Working off Huebner’s numbers, the regulatory state has managed to kill off about half of innovation. This is fairly catastrophic when you run the numbers. Had the rate of innovation continued at Gilded-Age rates, and if innovation is proportional to productivity, I think a reasonable estimate is we’d be something north of five times richer today (based on post-war BLS numbers, extrapolating to 1900).

Five-fold GDP would be something like $200,000 per person. In other words, we’d be looking at the purchasing power of six-figure salaries for waitresses, janitors, or music teachers. Most people would retire at thirty-five to create art or sip margaritas in Tenerife. Perhaps we’d have had the internet by the 1940s and personal robots by the 1970s. Perhaps today we’d already be post-illness and death. I’ll refrain from dwelling on the hundreds of millions of loved ones, including my own, that we’ve lost to the reformers’ tech-slaughter and just leave it there.

So it’s important to keep in mind what we’ve lost with all that quashed innovation.

Despite the harm, the future is not entirely bleak: half-killed innovation is still, in historical perspective, quite good. Innovation continues, just not at the torrid pace it did before the regulators got their thrones. Indeed, the world economy has been growing around 3 percent per capita for decades now, which is quite spectacular when viewed in context. This growth, however, has largely come from simply adopting rich-country tech — an obvious freebie, albeit many countries were previously too badly run to even manage that.

Meanwhile, rich countries themselves are growing at about 1 percent per capita, which is actually quite pathetic considering our sabotaged Golden Age.

Still, we can’t just sit back. Given our 200-year run of technological growth, it’s easy to take it for granted that tech improves like the sun shines or the seasons change. But history is littered with Golden Ages that turned to dust. Typically because governments destroyed the economic incentives for innovation: from taxing and burdening producers — the late Roman Empire is a dramatic example — to outright bans on innovation like Ming China, which shutdown China’s economic miracle for a good 500 years.

And these Golden Ages all die the same way, and the way that we’re gradually strangling ours: ever-heavier burdens on the innovators, ever-tighter circles left open for innovation. We’ve bucked that trend in a few areas, most spectacularly with the Internet, where Bill Clinton set a precedent for hands-off treatment in the 1990s that has been impressively, if imperfectly respected since.