Will Trump Be Less of a Spendthrift than His Republican Predecessors? | Mises Wire
Skip to main content

GET NEWS AND ARTICLES IN YOUR INBOXPrint
A
A
Home | Wire | Will Trump Be Less of a Spendthrift than His Republican Predecessors?

Will Trump Be Less of a Spendthrift than His Republican Predecessors?

In the past here at mises.org, we've looked at several different ways of comparing government spending across presidential administrations. No matter how we look at it, we're forced to conclude that Republican presidents cannot be counted on to spend less than Democratic presidents.

In this analysis, for example, we found that over the past fifty years, George W. Bush and Ronald Reagan were among the worst offenders, with Obama coming in behind third-placed Gerald Ford. 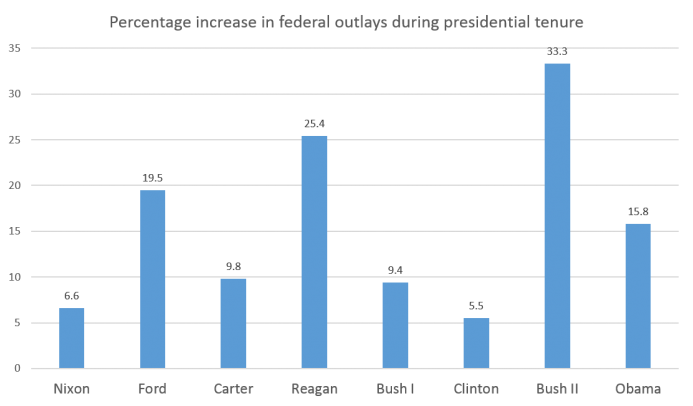 (Explanation of graph is here.)

On an average annual basis, we found Obama to be similar to G.H.W. Bush, with George W. Bush topping all other administration in terms of spending growth.

In all cases, the Clinton administration showed up as one of the periods of most restrained spending.

But maybe Trump will be different.

This week, the President's Office of Management and Budget, and the Congressional Budget Office, projected that federal spending will top $4 trillion for the first time ever. (2017 was the first fiscal year during which Trump had any input.) 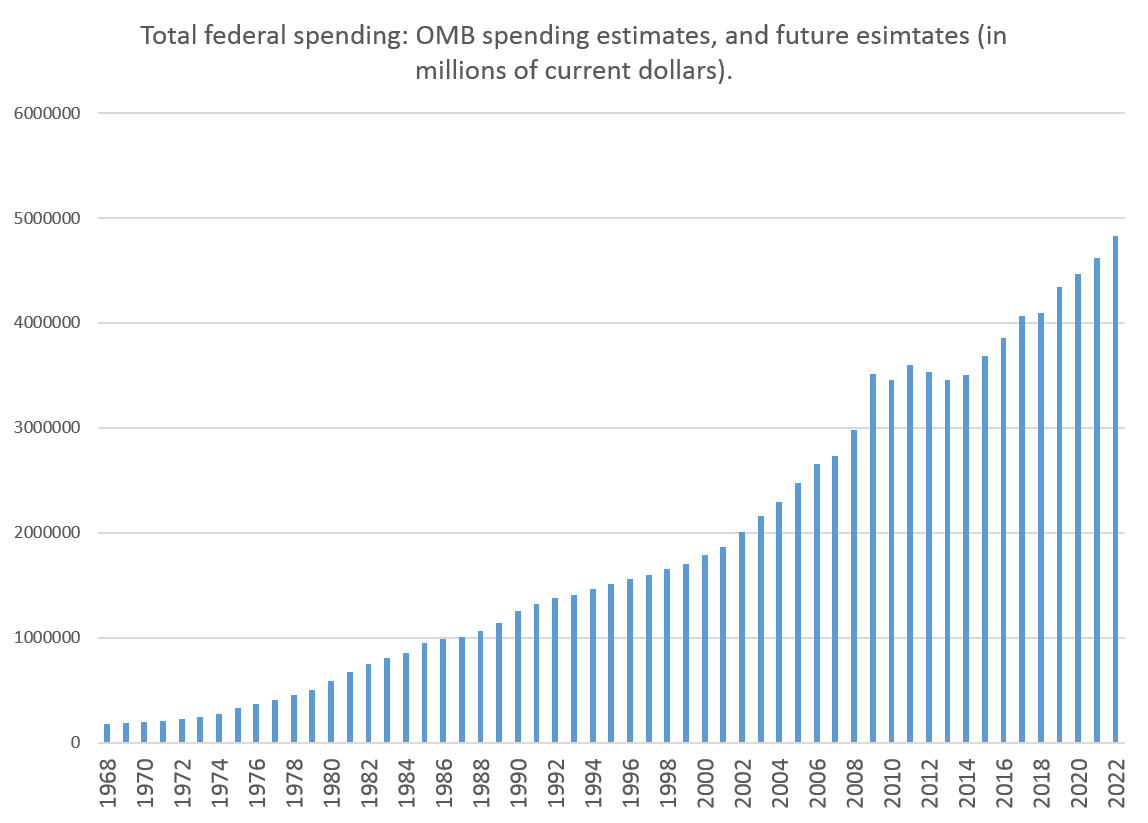 Of course, these estimates will prove to be far too low if there is another recession — as the experience of 2009's budget suggests  — or if there is a new war.

But, let's say that the White's House's estimates are correct, and spending increases from $4 trillion to $5 trillion over the next 5 years.

Looking at average annual increases, this would place Trump on about a par with Obama, but well below the big-spending habits of George W. Bush and Ronald Reagan. Since all presidents in recent decades have overseen big spending  increases, this puts Trump somewhere in the middle of the pack. (The Trump numbers are based on the OMB estimates. All other numbers are OMB historical data.) 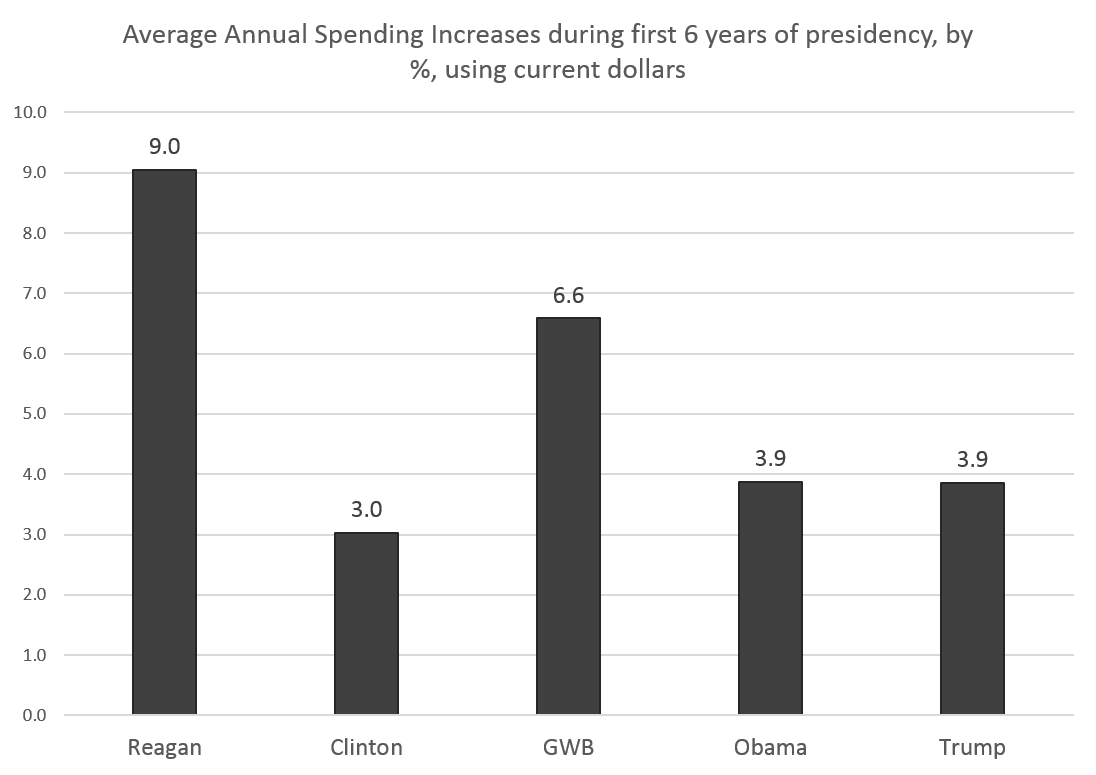 Could we describe this as progress?

Well, we're setting the bar incredibly low here if the Obama administration looks like a period of restraint. But, if these estimates hold up, it does look like that Trump administration may be headed for a period of relative spending restraint compared to his most recent Republican predecessor.

These continued spending increases also underscore the fact that there are no cuts to total spending to social programs, in spite of repeated and inaccurate claims about Medicaid "cuts" and other cuts to social benefits.

For example, a recent CNN article on the Senate GOP proposal for Medicaid says that the plan will "slash" Medicaid spending. However, if one reads deep into the article, one discovers that there is no cut at all, but a reduction in the rate of increase. In other words, under the proposal, Medicaid spending will increase every single year, but at a slower pace than some others would prefer.

As noted in this article, this is a common media tactic which redefines "cut" as a slower rate of growth.

In any case, the continued growth illustrates how no one should expect federal spending under Trump to even flatten our, let alone decrease.

Moreover, the Trump administration's obvious desire to greatly increase military spending will be more than enough to ensure a constantly-increasing federal spending binge, even if some social programs are held flat or increased.

If there's any good news here, its that the Trump administration may be a more "moderate" Republican administration, and fall short of the massive spending increases pushed through by Reagan and George W. Bush. On the other hand, if the US continues to court war with the Russians or the North Koreans, no one should bet in favor of seeing any fiscal restraint any time soon.