GET NEWS AND ARTICLES IN YOUR INBOXPrint
A
A
Home | Wire | The N.S.P.H.H.B.O.P., the Market, and the "Beepocalypse"

The number of honey-producing bee colonies is higher than it has been in 20 years, according to the newest USDA data. After consistent decline from the late 1980s to the early 2000s, there has been a recent rise in the number of colonies due to —scratch that—beekeepers responding to changing prices of honey, bees, and beekeeping equipment.

The first-of-its-kind “National Strategy to Promote the Health of Honey Bees and Other Pollinators” was only introduced by the Executive Branch this year, after the recent bee population increase, and will probably try to steal credit from the market naturally working toward an increased bee population in the years to come. 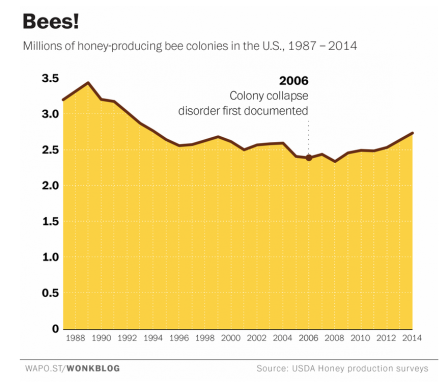 The Washington Post article reports that the price of honey has just about doubled over the course of 2006-2014, and so have the fees beekeepers charge to farmers for bringing their colonies to pollinate fruit, nut, and veggie crops.

Contrast these natural, fine-tuned, and self-regulating market mechanisms (profit/loss, imputation, supply and demand) to a few of the proposed actions from the N.S.P.H.H.B.O.P., below: 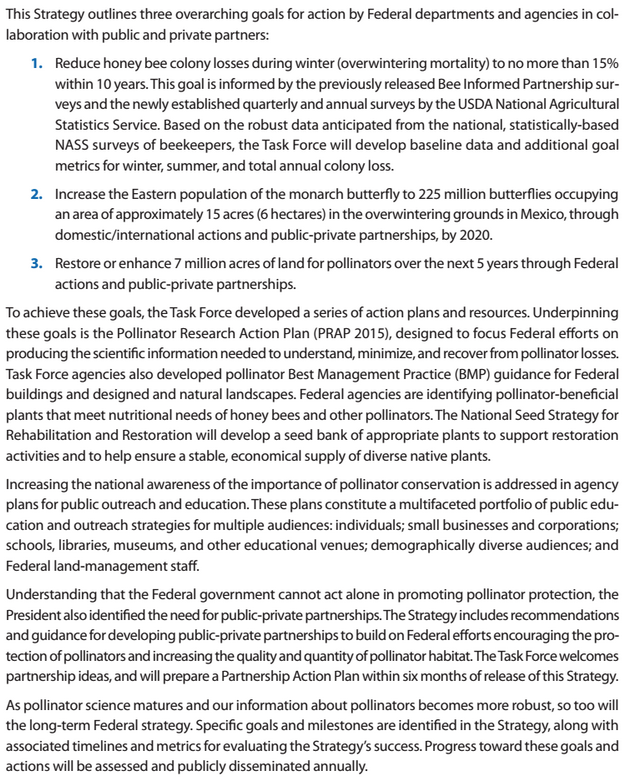