GET NEWS AND ARTICLES IN YOUR INBOXPrint
A
A
Home | Wire | Brazil: Big Government, Small Wages

Why has the Brazilian congress voted to proceed with impeachment proceedings against President Dilma Rousseff? While there are no doubt many intricacies of local politics involved, the fact that the Brazilian economy is tanking is no small part of it.

The impeachment is ostensibly over corruption, but there's good reason to believe that if the economy were humming along fine, few would bother trying to remove Rousseff from office.

But, things aren't fine, as the most recent wage and employment data shows for Brazil. This year, the unemployment rate has climbed to a seven-year high, and in October, it is estimated that the rate reached 7.9 percent, up from 4.7 percent a year earlier. The last time the unemployment rate was this high was in august 2009, in the wake of the 2008 financial crisis: 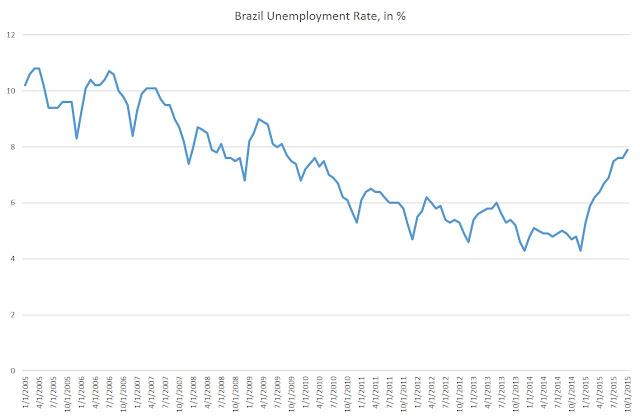 As one might expect in a market where employment is declining, wages are also falling. 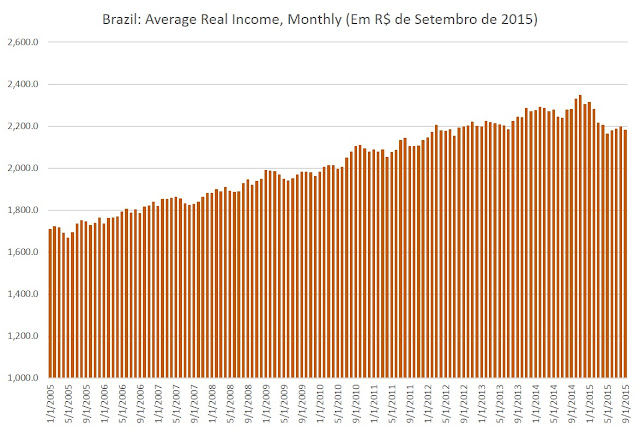 Wages are now experiencing some of the largest declines seen in ten years. Since wages peaked in November of 2014, they have fallen 7.1 percent, and are back to where wages were during early 2012. And all of this is happening in the face of global asset price inflation.

The year-over-year declines are the largest seen in a decade. Wages have fallen year-over-year every month for the past eight months. Prior to that, wages had not fallen for more than a month in row since 2005: 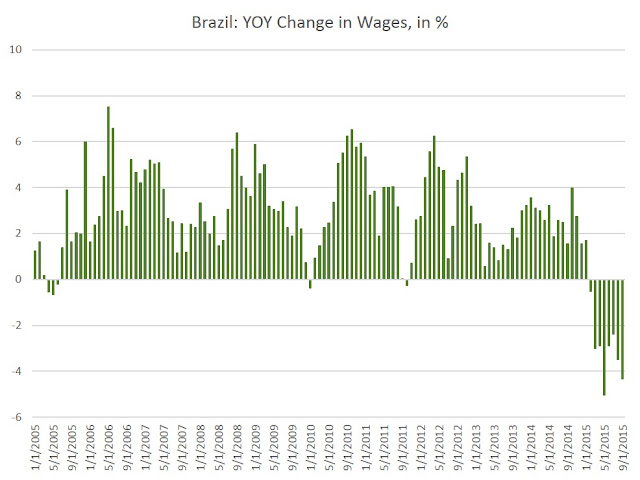 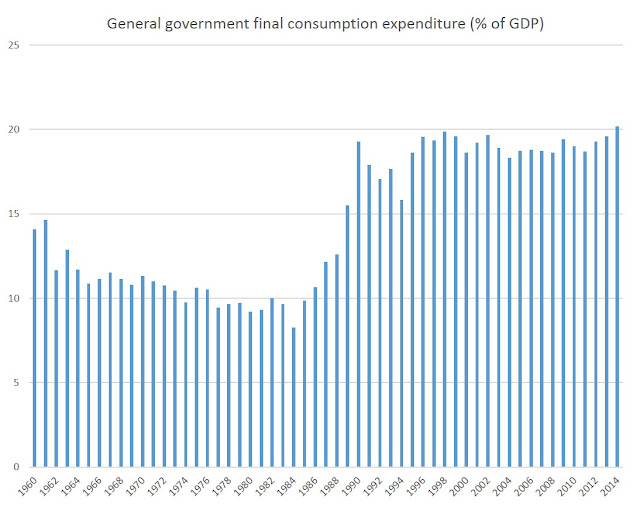 To be fair, by this measure, spending was remarkably stable over the past 15 years, but spending shows signs of breaking out of its constraints. After all, soccer stadiums and Olympics facilities cost a lot of money. Moreover, as Rosi explains today, the current parties in power in Brazil are ideologically unsuited to moderation in government spending.