GET NEWS AND ARTICLES IN YOUR INBOXPrint
A
A
Home | Mises Library | Boston Pulls 2024 Olympic Bid, Taxpayers Win 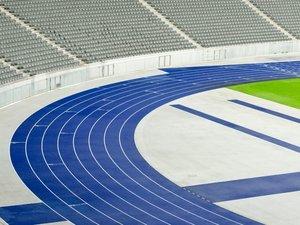 Hosting the Olympic Games isn’t as popular as it used to be. This week, Boston cancelled its bid to host the 2024 summer Olympics. The city was forced to cancel the effort in response to opposition to what The Nation called the “debt, displacement, and militarization of public space” that the Olympics brings to every host city. Basically, the taxpayers and citizens of Boston weren’t in the mood to foot the bill for an enormous party for the richest and most powerful special interests of Boston.

While the Olympic Games may have once been about sport and international camaraderie, they were soon transformed into monuments to crony capitalism. Peter Hitchens traces this transformation back to Hitler and Goebbels who made the Olympics “into a torch-lit and grandiose spectacle,” and the international Olympics committee has been fine with that ever since.

Today, the Olympics has become a way to score diplomatic points and showcase the wealth and influence of national governments. Indeed, it’s no wonder at all that the host cities of the Olympics have taken on a decidedly authoritarian flair with China and Russia rushing to make various bids. The International Olympic Committee (IOC) will soon get to choose between Kazakhstan and China for hosts of 2022’s winter games. (Oslo, Norway pulled out of the 2022 bidding process after the taxpayers resisted the IOC’s diva-like demands for tax-funded perks.)

And it makes sense that more authoritarian and nationalistic regimes would make more successful bids for the Olympics. The less a regime has to listen to the people who pay the bills, the more likely they are to make those precious taxpayer-funded “guarantees” that the IOC demands from every host city.

The Ruins of Past Olympic Games

Meanwhile, the taxpayers in much of the developed world have gotten wise to the high costs and few benefits of hosting the Olympics. Many have seen these photos from the UK’s Guardian which show the state of the Athens 2004 Olympic venues in 2014. The billions of taxpayer dollars spent on facilities have all evaporated, and all that’s left is rusting stadiums and mud-filled Olympic-sized swimming pools.

The Greeks were told back then that hosting the Olympics would be their ticket to a new era of first-world prestige and economic success. Needless to say, such a rosy future failed to materialize. Even less time has passed since the 2008 Olympics in Beijing, but as these photos show, Beijing’s abandoned venues will have plenty in common with those of Athens in a few years.

And while Brazil looks forward to its own 2016 bid, the Brazilians already are getting a preview of what will become of all those Olympic venues. The World Cup stadiums, built just last year, are already massive white elephants, as Business Insider recently showed. One massive stadium functions as a parking lot for buses. Several more simply decay in the humid Brazilian air.

The High Cost of Sports Events

Meanwhile, serious researchers (i.e, not people who produce “impact statements” for the local chamber of commerce) have known for years that sporting events do not produce wealth for local economies:

“If you ever had a consensus in economics, this would be it," said Michael Leeds, a sports economist at Temple University. “There is no impact.”

“If every sports team in Chicago were to suddenly disappear, the impact on the Chicago economy would be a fraction of 1 percent,” said Leeds.

But huge sports events like the Olympics are far worse because they can shut down local businesses and require the militarization of local law enforcement for “security” purposes. Those who have had the misfortune of being near events such as these know that traffic can be shut down for days and businesses inside the security perimeter see customers disappear. Once the event packs up and leaves, local businesses see no benefits to compensate for the massive tax burden and debt that comes in the event’s wake.

Moreover, Journalist’s Resource has compiled a helpful list of serious studies on the impacts of mega-events like the Olympic games. Taken together, the studies reveal a distinct lack of economic benefit form hosting the Olympics and similar events. There is an enormous gulf between the grandiose promises of government officials ex ante, and the actual benefits that can be observed ex post. In these studies, we repeatedly see phrases like these:

The Politics Behind the Events: Who Really Benefits

It should be no wonder that Brazilians — many of whom live without working urban infrastructure like reliable sewage lines — protested in 2014 to the use of billions of tax-funded reais on stadiums that would benefit a tiny number of wealthy Brazilians. Like the Norwegians, and now the Bostonians, the protestors know what these huge international sports events — the Olympics, especially — are really about. They’re about fun and prestige for the political class. They’re a playground for politicians and major business interests who will get the lucrative contracts to build stadiums, swimming pools, and posh buildings in which to party with the rich and famous.

For all their faults, the politicians of Norway answered to the Norwegian taxpayers and nixed their 2022 bid. Boston politicians were forced to do the same, although not before mocking the opposition as “ten people on twitter” and uttering the usual bromides about the supposed benefits of forcing the taxpayers to pay for yet another political vanity project.

After Boston was forced to finally pull out, The Nation correctly diagnosed the nixed bid as a “victory for activists and a loss for the city’s most entrenched business interests.”

Cronyist deals like the Olympics help remind us that there’s a big difference between support for free enterprise, and support for “big business.” Economic development corporations and business associations such as chambers of commerce are usually more than happy to squeeze a few more bucks out of the taxpayers if the money will go toward whatever the “business community” thinks should be subsidized at any given time. But, the entrepreneurs, employers, and taxpayers who lack lobbyists and pocketed politicians mean little to the business “leaders” who set policy.

Unfortunately for them, many educated people have begun to see through the scam. Glitzy shopping centers, stadiums, and global mega-events no doubt do wonders for the resumes of the rich and powerful. But those who pay for such things do less well.