GET NEWS AND ARTICLES IN YOUR INBOXPrint
A
A
Home | Mises Library | Will Brazil Impeach Rousseff? 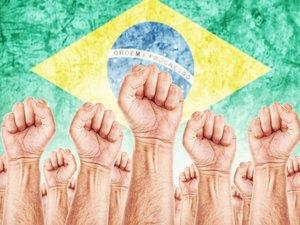 With President Dilma Rousseff now facing impeachment, doubts may arise about the future of Brazil. How likely is this impeachment to remove her from office? And what changes will occur in case it does happen? To answer, I’m going to briefly analyze the last twenty years of Brazilian politics.

Along with Latin America and Eastern Europe, Brazil went through a series of reforms during the 1990s, especially in the government of Fernando Henrique Cardoso (also known as FHC) from 1995 to 2002. FHC actually started the reforms when he was finance minister in the government of his predecessor, Itamar Franco (1992–1994). During the administration of FHC’s successor Lula da Silva (2003–2006), the reforms seemed to continue, paving the way for the prosperity observed in 2009. But things just appeared that way.

PSDB and PT have similarities and differences. Both parties define themselves as center-left in the single-axis political spectrum. Both parties came into existence in the late 1970s or early 1980s, coming from a prior condition of bipartisanship forced by the military. Both parties include social democracy as part of their political ideology.

But the similarities end there. PT came into existence from three main segments: first, the basic ecclesial communities linked to the Liberation Theology in Latin America, especially in the ABC Region, an industrial region in Greater São Paulo. In the 1970s these communities tried to combine Marxism and Catholicism, turning Jesus into a first century Palestine social revolutionary. Second, PT has its origins in the labor movement of the same region in Sao Paulo — that’s where Lula came from. And finally, the party’s founders were die-hard radical socialists that participated in guerrilla activity against the military government — financed and trained mainly by Cuba — that’s where Rousseff came from.

A more detailed analysis might show that the party had more pragmatic, power-seeking wing — represented by Lula — and a more ideological one.

Among PSDB’s founders were well-established politicians from the PMDB (the opposition party to the military government). Like the founders of the PT, the PMDB opposed the dictatorship, but without the backing of outside communist regimes.

Instead, the PMDB used the legal institutional means available at the time. Although “social democracy” is in its name, PSDB was a much more pragmatic party from its inception, leaning toward a radical centrism, in the sense of calling for fundamental reform of institutions and believing that “genuine solutions require realism and pragmatism, not just idealism and emotion.”

Over time the party was much more willing to support market-based solutions to social problems than its counterpart. The party — and specially FHC — can also be identified with the Third Way, much like Bill Clinton and Tony Blair.

For other countries, the Third Way may be “the fastest route to the Third World.” But in Brazil’s case, coming from a situation of extreme statism since the 1930s, the reforms undertaken by FHC during the nineties were a major relief by comparison. But because of them, the president was accused of being neoliberal, meaning, a follower of Ronald Reagan and Margaret Thatcher (or even worse — from the left-wing point of view — a follower of F.A. Hayek or Milton Friedman).

Lula came to power in 2003 promising to leave behind the more radical positions of his party and to adopt a more pragmatic approach, not much different from that of FHC. That seemed to be the case for a while, and that’s when The Economist committed the mistake of believing Brazil was taking off. But for the more attentive observer it was clear that this could not be the case. Lula slowly but certainly abandoned the more market-oriented policies, a gesture consolidated by his successor, Dilma Rousseff. Instead of deepening the reforms started by FHC, PT was satisfied with keeping them in place for a while, and then abandoning them altogether.

I could go further in the past to explain how Brazil had an anti-liberal mentality from its beginning. But here it’s sufficient to say that, although being a multi-party country, Brazil has two major political forces: the PT and the PSDB. Neither of them is essentially market-friendly. But that’s not to say there are no differences between them. Even a pragmatist like Lula has to please his followers. With its socialist DNA, there’s no hope that PT will do what Brazil needs. And while they stay in power, Brazil’s economy is not resurging any time soon.

In 1992, then-President Fernando Collor was impeached, and what followed were the liberal reforms of FHC. But Collor didn’t have one thing Dilma has: a strong party.

The PT may throw Dilma to the lions in order to appease opposition and the population, but it won’t abandon its skepticism of liberalism, and there are no market-friendly political forces to fill any political vacuum that may result from Rousseff’s removal. With or without Dilma, this is still not time for optimism. Maybe a more pragmatic hope will do.

As the economy worsens, the Brazilian Congress this week announced that it will impeach the president of Brazil....