You Didn’t Consent to Be the State’s Victim 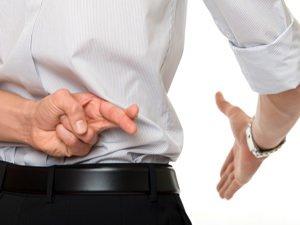 [A selection from Toward a Libertarian Society.]

Just as an important difference in everyday life is that between a bathroom and a kitchen, so, too, does a crucial distinction in political economic philosophy exist between government and private contractual arrangements. But here is where the analogy breaks down. There are other, even more important insights to be garnered in ordinary living than that between these two rooms (e.g., don’t eat poison, feed yourself, take care of babies); there is simply no more important delineation in libertarian theory than that which exists between coercion (the government) and voluntary cooperation (the market).

Yet, such is the parlous nature of our discipline that there are even people parading themselves around as libertarians who are unaware of this distinction. Worse, there are those who write articles in professional journals, and even books, which are dedicated in their entirety to the obliteration of the difference between the state and private market interaction.

They are not without an argument, paltry as it is. Exhibit “A” in their arsenal is the condominium agreement. These “libertarians” wax eloquent about the severity and comprehensiveness of such housing developments. For example, they typically require that all exteriors be painted in the same color; that fences be identical (e.g., everyone must have, say, a picket fence); that there be no window air conditioning units. Some even go so far as to stipulate the color of curtains that can be seen from outside, and either compel, or prohibit, such things as floor rugs, Venetian blinds, screen doors, types of foot mats and whether automobiles must, or cannot be, parked in garages. Some prohibit children entirely; others specify minimum ages for residents (e.g., 60 years old for retirement communities). And legion are the rules and regulations concerning noise at which hours, parties, where tricycles can be stored, etc. Compared even to some villages and small towns, the mandates of these private communities can be intrusive, comprehensive, and oft-times arbitrary.

Then, too, there is the fact that both kinds of organizations are typically run on fully democratic principles. And not only that: there is a sense in which, in both cases, it can truly be said that people agree to take part in the elections in the first place.

In the case of cooperative housing, this is easy to see. All members of the development sign a purchase contract, indicating willingness to be bound by the condo constitution and by a formula (majority, super majority, whatever) for altering its terms.

For towns, no one, of course, signs the constitution. (If you don’t believe this, go back and read Spooner’s No Treason.) However, argue these “libertarians,” by moving into a village the newcomer knows full well the rules of the political entity, or can easily learn them: no spitting on the street, the zoning specifications, speed limits, etc. And, in virtually all cases, town regulations are far less all encompassing than those of condominiums. True, concludes this argument, the city government garners “taxes” while the condo collects membership “fees,” but this is a distinction without a difference.

The first chink in this seemingly airtight case can be seen when we examine the position not of the new arrival in town, but rather that of a landowner who was located there before the town was incorporated; or, alternatively, when we look at the plight of the homeowner living just outside the village limits, when it expands to take into its jurisdiction people such as himself living in contiguous but previously unincorporated areas. (We consider the second of these cases not the first, since there are now far more individuals alive who have experienced the latter, not the former.)

So the mayor comes to this homeowner and says to him, “I’ve got good news for you, Zeke. You’re now part of the town. We’ll collect your garbage for you, we’ll provide city water and sewage services, policing, fire protection, membership in the library; heck, we’ve even got a municipal swimming pool. You’ll have to pay for welfare for the poor, too, of course, but you’ve always helped your down at their luck neighbors before, so that shouldn’t be any burden on you.”

Replies Zeke: “That really sounds wonderful. We’re really getting modern around her, aren’t we, Clem? But I tell you what. I’m going to take a pass on this wonderful opportunity. I see no reason for change. Thanks, but no thanks.”

Whereupon responds Mayor Clem: “I don’t think I’ve fully made my position clear. This really isn’t your choice. We took a vote on this, and your side lost. You’re in, whether you like it or not.”

At this point states Zeke: “Hitler came to power through an election. So don’t tell me about the ballot box. However, I’ll give you one thing, Clem. At least you don’t add insult to injury. At least you don’t compound naked aggression with outright lying, Clem, like those so-called ‘libertarians’ who see no difference between being amalgamated into a town against their will, and buying into a residential community. Your demand for my tax money was refreshingly honest, albeit a bit brutal, for a person I used to think of as a good neighbor.”

So much for the first chink in the armor, the case where the property owner is forcibly incorporated into the town. There is indeed a relevant difference between being compelled to be part of the village, and voluntarily joining the condo.

But what about the stronger case for the “libertarian” side of this argument, the one where a new arrival moves into town, buys a house, etc., knowing full well what rules and taxes he will be bound by? Is it not true that at least in this case, the municipal government is indistinguishable from the strata council that runs the condominium?

Not at all. Consider the following case. I buy a home in a dangerous neighborhood, say, the South Bronx. I know full well that the crime rate there is high, and that I will be especially targeted, given the color of my skin. Perhaps I make this economic decision because of the cheaper real estate, or because I want to be closer to “the people,” the better to study their situation and help eradicate poverty. In any case, as soon as I move in, I am confronted by a street thug with a knife who says to me: “Give me your wallet, you white mother f-----, or I’ll cut you, man.”

Whereupon I pull out my gun and say to the criminal: “My good man, you are overmatched, firepower wise. Cease and desist from your evil ways, and go about your legitimate business, if you have any.”

This street person, who, unbeknownst to me, is actually a bit of a philosopher, expounds as follows: “You don’t seem to understand. I’m one of those ‘libertarians’ who maintain that since you moved to the South Bronx with the full knowledge you would very likely be subjected to muggings of the sort I’m now pulling (or at least trying to pull; I’ve never met a less cooperative victim than you; what’s this world coming to?), you in effect have agreed to be mugged by robbers like me. So, get with the program, man.”

The point is, as we can readily see, the ability to foresee an event is not at all equivalent to agreeing to it. Yes, I can full well predict that if I move to the South Bronx, I’ll likely be victimized by street crime. But this is not at all the same thing as acquiescing in such nefarious activities. Yet, according to the “libertarian” argument we are considering, the two are indistinguishable.

Similarly, the individual who locates in a city with taxes, zoning, etc., can be expected to know he will be subjected to these depredations, just like everyone else there. But this is more than a country mile away from his having agreed to be coerced by these evil doers. The new arrival in town no more gives permission for the tax collector to mulct funds from him than does the newcomer to the South Bronx give permission to the mugger to violate his rights.

In very stark contrast indeed, the purchaser of a unit in a housing development not only foresees he will be subjected to a monthly membership payment, and to a welter of restrictions as to what he can do with his property, but actually consents to pay the former and be bound by the latter. The proof of this is that he signs a bill of sale, stipulating all of the above. In the town-citizen case, there is no such written contract.

It is no exaggeration to say that the most important distinction in all of libertarian theory is that between coercion and non-coercion. Obliterate this divergence and there is nothing left to libertarianism at all. This is so important, it bears repeating: libertarianism consists of nothing more than the implications of this one single solitary distinction. Without it, there is absolutely no theory.