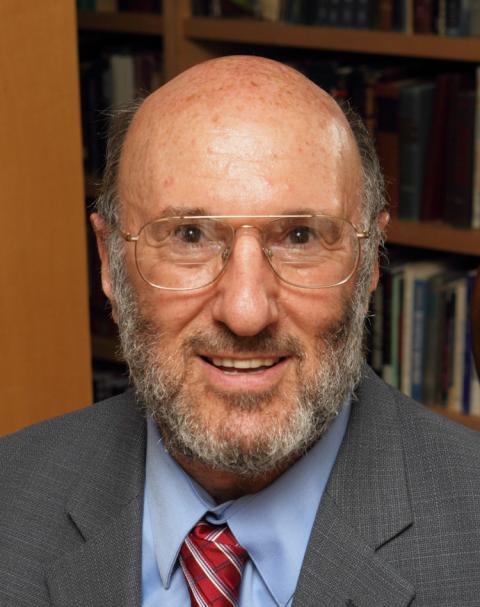 [This is Part Three of a series. You can also read Part One and Part Two]

A new word has crept into our lexicon, courtesy of our friends on the left. It is "stakeholder" and it is the entering wedge of yet another attack on private property rights.

In the good old days, a firm had contractual obligations to its suppliers, to its employees, and to its customers. The only obligation it had to its neighbors was the one we all have to each other: to refrain from threatening or engaging in initiatory violence against them and their rightfully owned property.

But all of this is now out of date. Thanks to the new dispensation, all of these people, and a whole host of others as well, must now be invited into the boardroom, there to join with the nominal owners of the firm in setting policy. And, to add insult to injury, these "stakeholders" may even sometimes get to outvote the owners of shares of stock.

How does this work? Under the stakeholder theory, anyone with any connection at all to the business, no matter how tenuous, now has a quasi ownership right over the firm's property.

Thus, it is no longer a matter of pleasing customers, or seeing them take their business to competitors and suffering as a result. Now, customers have the right to actually set policy. Employees, in this philosophy, are not merely owed an honest paycheck for an honest day's work; in addition, they have the right to put their two cents in to the decision making process. And ditto for neighbors, politicians, passersby and other busybodies.

One problem with this attempt to foist "economic democracy" on an unsuspecting public is to determine the number of votes owned by each of these constituencies. There seems to be no obvious answer to this question apart from "one man one vote." But if any Tom, Dick or Harry can get a vote without actually investing in a company, why would anyone in his right mind set up a corporation?

More basically, the problem with this scheme is that it amounts to theft. How else can you categorize a plan which forces the owner of property to share its control with others, no matter who they are, who did not share in the creation of the business? If "stakeholders" want to have a say in how a firm is run, let them invest in it. If they do, they are no longer stakeholders, but rather investors. Another difficulty is that "stakeholding" seems to be one way street.

All the nosey passersby seem to get a property right in the company, but the owners of the firm, for some strange reason known only to our friends on the left, do not obtain a similar right to their property (this is on the assumption that they have any). But logical consistency is only the "hobgobblin of little minds," so perhaps it is reasonable that stakeholding should not be a two way street. Why ruin a perfect concept?

Getting something for nothing

According to a libertarian who ought to know better, "one of the basest human motives (is) the desire to get something for nothing" (Bill Bradford, Liberty Magazine, May 2000, p. 7).

Now, there is of course a sense in which this is totally unobjectionable. Theft, for example, is a way to "get something for nothing," and is the paradigm case of an illegitimate act from the libertarian perspective.

However, there are other possible scenarios in which depictions of this phrase are not at all incompatible with the free market philosophy. To condemn the attempt to get something for nothing is thus to overgeneralize; it is to throw the baby out with the bath water.

Charity is one case in point. The recipient of voluntary welfare does nothing improper, whatsoever. A person may be down on his luck, or simply forgot his wallet, or was the victim of a mugging. He asks a passerby for a buck for carfare, or for a cup of coffee, or for some change with which to make a phone call, and receives it. He thereby got "something for nothing," but certainly offends no law which should remain on the books.

When I first met Murray Rothbard as a young man, he allowed me to bask in his presence. He would invite me to his home, he and his wife Joey would feed me, I was allowed to listen to and even partake in the conversation of this great man. Certainly, I gave him nothing, and he gave me plenty. I was far from the only aspiring young libertarian with half baked ideas who Murray took under his wing.

In a very real sense, I and all these others "got something for nothing." True, it is possible to argue that the ordinary giver to charity, and Murray Rothbard, the Mother Teresa of libertarianism, didn't get nothing from the recipients of their donations. Rather, they got some sort of satisfaction from the doing of a good deed.

However, to resort to this line of argument is to acquiesce in the notion not that getting something for nothing is "a base human motive," but that it is impossible. In this view, even the victim of a crime gets "something": e.g., the satisfaction that the robber took no more than he did, or refrained from murdering him. Or take another case: I am holding a $100 bill in my hand, and the wind takes it off, to who knows where.

Surely, I gain nothing from this occurrence; but if it floats into someone else's possession, he gains something for nothing. To deny this possibility is to engage in fallacious tautological reasoning. It is not only possible to get something for nothing, this need not be a base human motivation at all.

The critics of obtaining something for nothing also overlook the concept of consumer and producer surplus. The grocer has thousands of oranges on hand. If he does not sell them soon, they will rot, and then it would cost him money (in addition to the purchase price) to dispose of them. For him, these oranges are not only nothing (zero value) they are an actual burden (negative value). I have just finished running a marathon race, and those oranges look like liquid gold to me.

So the grocer sells a few of them to me. He gets something for nothing (actually, for minus values). Although I pay a few pennies for each, so great is my thirst I would have been willing to pay many dollars for these oranges had I been asked to do so. The difference to me between what I would have been willing to pay (the greater value) and what I actually did pay (the lesser value) is my consumer surplus. No one else can know this amount, but for me it is in effect found money.

Or, in other words, I just got something for nothing in terms of consumer surplus as did the grocer in terms of producer or seller surplus. This is part and parcel of the "magic of the marketplace," and should not be denigrated.

A concept seen by mainstream economists with fear, loathing and disgust is that of the "free rider." Anyone who gets a value for which he does not pay (another version of "getting something for nothing") is relegated to the depths in neoclassical economics. The free rider is evidence, for them, of economic inefficiency, a so called "market failure" and charged with committing the sin of an "external economy."

The typical example of this horror is when a person benefits from the fact that his neighbor washes his car, or trims his lawn, or keeps his house in good repair. These actions tend to maintain or upgrade the real estate values of the first homeowner's property, and presumably increase his enjoyment of his holdings (e.g., the view improves).

Why is this so bad? For one of two reasons. We can become enraged at the free rider because, horrors, he is getting something for nothing. Alternatively, we can view him with disdain because the creator of the free ride, the good neighbor, is not doing enough to beautify his own premises, and is thus "cheating" the free rider out of even greater benefits.

Damned if you do, damned if you don't, seems to be the motto of the neoclassical economist. Whether blaming the recipient of the positive externality for being an ingrate, or the donor for not doing enough for the former, one thing is clear: government must step in, for without the tender loving care of the state, this neighborhood will surely go to the dogs.

What nonsense. As Murray Rothbard (1997, Logic and Action II, p. 178) has stated in one of the most insightful comments in all of economics, "A and B often benefit, it is held, if they can force C into doing something... any argument proclaiming the right and goodness of, say, three neighbors, who yearn to form a string quartet, forcing a forth neighbor at bayonet point to learn and play the viola, is hardly deserving of sober comment."

If people are nice to one another, if they smile at each other, well and good. If we appreciate what Einstein and Mozart have given us, if we are "free riders" on them, again well and good. We are all the beneficiaries of those who came before us. This is part and parcel of civilized living, and is no cause for alarm.