Why the Meltdown Should Have Surprised No One 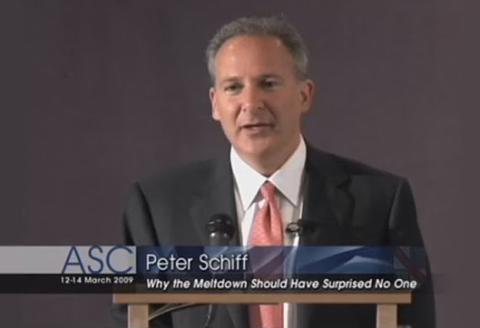 Peter Schiff is president of Euro Pacific Capital and a dedicated student of the Austrian School of economics. Author of Crash Proof and The Little Book of Bull Moves in Bear Markets, Schiff is famed for being the most vocal financial economist to have perfectly predicted the crash.