GET NEWS AND ARTICLES IN YOUR INBOXPrint
A
A
Home | Mises Library | Why Liberalism? 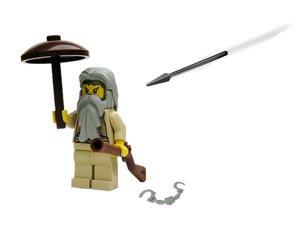 Robinson Crusoe and Friday are face-to-face on a desert island. How do they interact? Perhaps Friday will hurl a spear at Crusoe. Perhaps Crusoe will clap irons on Friday and enslave him. Perhaps Crusoe will declare that they both own in common all goods that each of them ever comes across or produces on the island, no matter what.

None of these would be a liberal society. A liberal society comes about when Crusoe and Friday peacefully cooperate to perform feats of labor that would have been impossible for either one alone. It comes about when they treat each other as rightful owners of that which they each had in their possession upon meeting, and then engage in peaceful trade.

The liberal order of society involves private property, first-user appropriation (homesteading), contracting, producing, and the continuous legal ownership of that which one has homesteaded, contracted for, or produced, even if the owner is not the one physically manipulating it.

This kind of order, even in early, primitive stages, results in capital accumulation and material enrichment. If maintained and adhered to strictly enough, the liberal order ultimately results in capitalism: a social system of production characterized by economic calculation, effective coordination among billions of strangers, mass production for the masses, and seemingly miraculous strides in the improvement of human welfare.

This is because Mises was also a supporter of value-freedom in science, also known by the German term "wertfreiheit." He held that science (all science, not just economics) can only ever have to do with existential propositions: with the "is" and the "is not." It is only with regard to existential propositions that there can be any question of truth vs. falsity.

On the other hand, value judgments (including the "ought" and the "ought not") are not existential propositions, and therefore they are not subject to proof or disproof. No value judgment, moral or otherwise, can be judged as right or wrong without imposing yet another value judgment on it as the standard by which it is judged.1

Mises's greatest student, Murray Rothbard, considered the conjunction of liberalism and wertfreiheit in Mises's thought to be potentially puzzling.

[Mises] was, of all the economists in the twentieth century, the most uncompromising and passionate adherent of laissez-faire and at the same time the most rigorous and uncompromising advocate of value-free economics and opponent of any sort of objective ethics. How then did he attempt to reconcile these two positions?2

Rothbard then goes on to characterize what he regards as Mises's "ingenious" attempts to reconcile the two positions. But really, what is there that needs to be reconciled? To advocate for something is not to imply that your advocacy is, or is based wholly on, "pure science." And indeed, Mises wrote that liberalism was not a "theory," but a "political doctrine" that was informed by praxeological theory.

The Misesian liberal simply addresses himself to any and all individuals who, like himself, "prefer life to death, health to sickness, nourishment to starvation, abundance to poverty,"3 and uses the sciences of human action to teach them "how to act in accordance with these valuations."4 And the upshot of praxeology and economics is that, for the vast preponderance of humanity, adopting and adhering to a liberal social order is the most effective way to act in accordance with those valuations.

Ultimately, liberalism is not about scientific propositions as such. It is about using the propositions of science for the purpose of persuasion. It is about showing advocates of antiliberal policies that those policies make conditions worse, not better, from their own point of view.

Rothbard objected to this approach:

How can the economist know what the motives for advocating various policies really are or how people will regard the consequences of these policies?5

The answer is that Mises never claimed the economist qua economist would know any such thing. The liberal does not know motivations qua economist; nor does he need to. As Mises maintains, economics is not about the discovery of what men really aim at in their actions.

But the economist is only one aspect of the liberal as a full person. The liberal, like all human beings, also has the capacity, however imperfect, to gain insight into the ends aimed at by men. Mises calls such insight "thymology" and the capacity to acquire it "the specific understanding." And according to Mises's own historical insight, "the immense majority prefer a life of health and abundance to misery, starvation, and death."6

Furthermore, in catering to those preferences, all significant political parties

promise their followers a life of plenty. They have never ventured to tell people that the realization of their program will impair their material well-being. They insist — on the contrary — that while the realization of the plans of their rival parties will result in indigence for the majority, they themselves want to provide their supporters with abundance.7

These facts clear a spacious common ground in which the teachings of praxeology and economics have tremendous practical bearing.

Now, the above insight regarding the overwhelming concern among the public for material welfare should not lead to the misconception that liberalism promotes "crass materialism." As Mises wrote,

The liberals do not disdain the intellectual and spiritual aspirations of man. On the contrary. They are prompted by a passionate ardor for intellectual and moral perfection, for wisdom and for aesthetic excellence. But their view of these high and noble things is far from the crude representations of their adversaries. They do not share the naive opinion that any system of social organization can directly succeed in encouraging philosophical or scientific thinking, in producing masterpieces of art and literature and in rendering the masses more enlightened. They realize that all that society can achieve in these fields is to provide an environment which does not put insurmountable obstacles in the way of the genius and makes the common man free enough from material concerns to become interested in things other than mere breadwinning. In their opinion the foremost social means of making man more human is to fight poverty. Wisdom and science and the arts thrive better in a world of affluence than among needy peoples.8

The common ground above mentioned does not cover all the ground. However, even among any small set of people relatively indifferent to material wants, it is an even tinier subset of those people whose immaterial desires include either (a) a sadistic desire to control or impoverish other people, even though it makes themselves materially poorer or (b) a desire for what they rigidly regard as justice to be done even though it makes themselves and most everybody else materially poorer.

Even those who allege to be concerned with equality as an end in itself are ultimately primarily interested in the bounty for themselves and their constituency to be had from redistributionist measures. As for the rest of the nonmaterialistic populace, the only thing that can in reality be expected from a political order is changes in material conditions. As for direct provision of spiritual well-being, as Mises says above, they can only attain that from themselves. And it would be much easier for them to do so with the leisure and longevity afforded by increased material production.

The common ground need not be all-encompassing for liberalism to succeed. It need only be large enough to make possible a substantial revolution in popular opinion. The preponderance of individuals would benefit vastly from a liberal social order. If they are convinced of that fact, they will support it. And, social orders are fundamentally determined by majority opinion9; so if they support it, it will happen.

Furthermore, there is no need to sell to the tiny number of people who might actually materially benefit from antiliberalism a scientific "proof" of the righteousness of the liberal ethic (as if they would buy it anyway). If they are unwilling to respect private property, such people can simply be dealt with by the courts and police (whether public or private) that would be characteristic of such a condition of popular opinion.

So why advocate a liberal social order and laissez-faire capitalism? Because it happens to be merely a fortuitous adjunct to adherence to the nonaggression principle and man's natural right to property?

If you think that, ask yourself this: If you were convinced that (a) complete adherence to the natural right of property necessarily engenders untold poverty, suffering, and death, but (b) the tiniest imaginable abrogation of the nonaggression principle, would necessarily engender prosperity, happiness, and long life for virtually everybody, which would you choose, complete adherence or the tiny abrogation?

It is a striking coincidence that the most expedient legal order also happens to be the one founded on the property-rights conception that is most "objectively" just and righteous in the eyes of deontological libertarians. Is that indeed just a coincidence? Or are the two characteristics of the one legal order somehow causally related?

Do righteousness and expediency stem from the same cause? Does the universe reward those who act righteously in its view by making it so those actions happen to create the most well-being?

Does the righteousness cause the expediency? Is capitalism only effective because otherwise people will stomp around with indignation about the self-evident wickedness of the legal order, and thus not manage to get any production accomplished?

Or does the expediency cause the perception of righteousness? Have many of us come to think of the property-rights order that is associated with capitalism as "just" and "righteous" (and even concocted rationalizations for why it is "objectively" so) because we ourselves prefer life to death, health to sickness, and prosperity to destitution both for ourselves and our fellow man, and we ardently want the legal order that is harmonious with those preferences?

As Henry Hazlitt wrote, "Justice was made for man, not man for justice."10 And as Mises wrote,

Law and legality, the moral code and social institutions … are of human origin, and the only yardstick that must be applied to them is that of expediency with regard to human welfare.11

But it just so happens that social cooperation is the foremost means to virtually everybody's ends, and that, with regard to virtually all humans (although they currently are unaware of it), capitalism is the only mode of social production that can actually provide for their ends.

Admittedly, some consumers' wants are more important than others' in this process. But the relative importance of any given consumer's wants, insofar as that relative importance has been determined on the market, is a function of how much he has contributed to satisfying the wants of other consumers in his role as a producer.

Thus, under a liberal order and capitalism, human choices coordinate with one another so as to provide for human welfare as bountifully as possible.

Making people realize this wonderful truth is what will win the day for liberalism. The formulation of scientific proofs of the inherent moral righteousness of liberalism, however well-intentioned, will only serve to distract.