GET NEWS AND ARTICLES IN YOUR INBOXPrint
A
A
Home | Mises Library | Why Home Study? 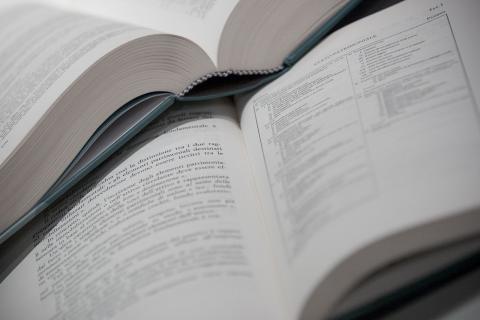 If you are like me, you love Austrian economics — the logic, the rigor, the explanatory power. But we all know that this is not the usual approach to economics taken at the university level. If you can't attend the Mises University, where can you go to study the subject systematically? Over the summer, I worked with the staff at the Mises Institute to find an answer to this problem.

First some background. Since its founding with Carl Menger's Principles of Economics in 1871, the Austrian School of economics has provided a coherent, realistic framework for understanding the market economy. In the twentieth century, the Austrian economists — notably Ludwig von Mises, Friedrich Hayek, and Murray Rothbard — elaborated upon the pure theory, but also applied it to political and historical analyses. The consistent theme throughout was the resilience and creativity of free individuals.

The Ludwig von Mises Institute was established in 1982 to carry on this intellectual tradition. In addition to its numerous publications and academic conferences, the Mises Institute now (with the rise of the Internet) reaches millions of readers worldwide. With thousands of daily commentaries, years' worth of academic journal articles, scores of lectures in both audio and video format, and even dozens of major Austrian books — all available at the click of a mouse — any enthusiast with sufficient dedication can become an expert in the Austrian worldview.

Ironically, this cornucopia of resources makes it difficult for the newcomer to first learn the basics and then gradually digest more advanced material. Since I became affiliated with the Mises Institute a few years ago, I personally have received email requests for a home study curriculum, while the Institute itself has fielded many similar requests during its history. This gap has finally been filled with the Mises Institute Home Study Course in Austrian Economics.

The Home Study Course is a year-long study of not merely economic theory, but also the "Austrian" approach to politics, history, and ethics. The course is divided into 52 topics (one for each week), which are grouped into the categories of Core Austrian Theory, Ethical Foundations, Applied Economic Topics, Government Distortions, Economic History, Alternative Schools of Thought, and Perspectives on the Past and Future.

For each week's topic, the course provides an audio lecture (on a CD in MP3 format) from an expert in the area, and assigns a reading selection from either the books or booklet of supplemental readings, all included with the Home Study Course. Finally, for each topic there is a list of study questions tailored to that week's reading.

The audio lectures are generally drawn from previous Mises Institute events (such as the popular Mises University and other seminars), but there are also lectures given by affiliated speakers in other venues. In addition, there are two interviews (on consumer protection and education) recorded specifically for this Home Study Course.

This provides an advantage that no classroom can provide: the best thinkers and lectures stretching back half a century. The Home Study Course also includes a foundational library of sixteen books. And finally, the Home Study Course comes with a packet containing supplemental readings, chosen to ensure that the student will be familiar with even the most advanced areas of the literature.

Here is my suggested approach to get the most out of the course: each week, first listen to the audio lecture (because most of the speakers could not assume that their audience consisted of experts, the lectures generally serve as a great introduction to the topic); second, glance over (but do not yet try to answer) the assigned study questions; finally — and this will take the bulk of the week's time — tackle the assigned reading(s), answering the study questions as you go along.

The Home Study Course is designed to give as much as the student wishes to take out of it. The novice can listen to the lectures and skip the more difficult readings, while the decades-long enthusiast can boggle over the advanced journal articles and the (few) tough study questions. But regardless of one's background, the dedicated student can, with the help of the Mises Institute Home Study Course in Austrian Economics, truly become an expert in Austrian economics, and gain a deep understanding of the Austrian influence on related disciplines in the social sciences.

Addendum: I'm also excited about being able to offer online tutoring of the coursework, thanks to remarkable technological innovations that provide the closest possible intellectual engagement with the students. For more information, see the Mises Classroom.