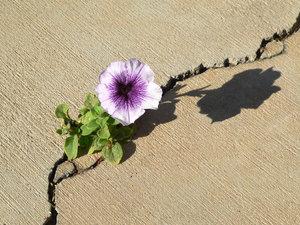 Pierre Lemieux wrote an indispensible book (Somebody in Charge: A Solution to Recession) for anyone who wishes to understand the before, during, and immediate aftermath of the “Great Recession.”

The book’s importance is greater than just his analysis of the crisis. He thoroughly exposes the underlying weaknesses and fallacies of the whole Keynesian policy-activism agenda driven by the “animal spirits,” the irresistible urge to action of those who wrongly deem themselves in charge.

Lemieux concludes, “[t]he causes and legacy of the economic crisis of 2007–2009 reveal a deeper underlying crisis, which is a crisis of authority” (p. 162). As I concluded in my detailed review essay of Lemieux’s book, “If this book were widely read in and out of classrooms, it might be very useful in awaking more of the public to the fact that we do not need somebody in charge.” A free economy will do just fine if left to its own devices, and if agents are left relatively unhindered by government actions. Such economy-impairing actions include — but are not limited to — Fed and fiscal mis-direction of production, regulatory burdens, and misguided policies that distort incentives.

In the winter 2014–2105 issue of Regulation, Professor Lemieux returns to the same theme but in a slightly different guise, when he asks (and answers) “Why hasn’t regulation crushed the American economy?” His answer: markets are resilient. Regulation is to entrepreneurs as putting barbed wire on a banister is to keeping grandma from sliding down; it slows her down but doesn’t stop her. In the process of answering his question, he also provides an explanation of why the aftermath of the 2007–2009 crisis is often referred to as the Great Stagnation. According to Lemieux (p. 15), “regulation is quite probably the invisible elephant in the room.” I would look broader to Higgs’s regime uncertainty, but that is a small quibble.

David Henderson and Peter Boettke provide the insight into both why markets are resilient and under what circumstances markets most enhance prosperity. Henderson makes his contribution from his Ten Pillars of Economic Wisdom. The one most relevant here and one that should be more broadly understood is “Pillar #10: “competition is a hardy weed, not a delicate flower.” Boettke makes a similar point with two addendums; first, even minimal economic freedom provides people a way to make their lives better under even the most trying of circumstances, and second, markets lead to prosperity when embedded in an appropriate institutional setting. His summary:

Markets are like weeds. They are impossible to stamp out. Markets emerge wherever and whenever there exist opportunities for individuals to gain through exchange. But not all markets are equal. Market exchanges in the absence of property rules take place, but possess characteristics which are not desirable for long-term economic growth.

Markets do not need de jure sanction to exist, but for market activity to serve as the basis of general economic prosperity in a given society, they must exist within a body of law. … The rules of the game are probably the most significant determinant of economic performance. (p. 198)

While regulation has retarded — but not crashed — the economy, just how much damage has regulation perhaps done long term? Relying on a study by John W. Dawson and John J. Seater (“Federal Regulation and Aggregate Economic Growth”), Lemieux answers that, counterfactually, the impact is more significant than one might think:

Dawson and Seater thus claim that if federal regulation had remained at its 1949 level, 2011 U.S. GDP would have been $54 trillion instead of its actual $15 trillion. Seen from another point of view, the average American (man, woman, and child) would now have about $125,000 more per year to spend, which amounts to more than three times GDP per capita. If this is not an economic collapse, what is? Dawson and Seater’s estimates suggest that total factor productivity has been negatively affected by regulation during the whole 57-year period they studied, but with a higher negative effect from the mid-1960s to about 1980, a somewhat less negative effect from then on to the late 1990s, and a large negative effect again in the early 2000s. (p. 15)

Overall, it’s a slow steady decline from potential of just over $2,000 per year, per captia.

Supporting data comes from studies that examine not just the effect of regulation on growth, but the size of government on economic growth. Results from Gwartney, Holcombe, and Lawson ("The Scope of Government and the Wealth of Nations") and Vedder and Gallaway ("Government Size and Economic Growth") imply that the losses from even a small increase in federal government spending are big. Writing in 2009, I estimated that an increase in spending from 20 percent to 22 percent of GDP over a ten year period might reduce real GDP per person by about $4,400 in just the tenth year alone.

The marginal cost of regulation must rise as its stock increases. Moreover, the market rigidities caused by regulation increase the cost of adapting to the creative destruction brought by technological change. The role of regulation could explain why Europe, where the labor market is more regulated than in America, is stagnating even more.

The resilience of markets, especially in a rich and sometimes still flexible economy like the United States, has dampened the effect of regulation. However, it is reasonable to believe that, over the more than six decades since World War II, regulation has deleted a big chunk of potential prosperity. It has not actually cut into the average standard of living, but this is only a consolation prize, for worse could come if the regulatory bulldozer is not pushed back.

Unless we solve the “crisis of authority,” the current stagnation is likely to continue for the foreseeable future. As I concluded in 2009, while the impact to prosperity and innovation is significant, “the cost in lost freedom may be immeasurable.”