GET NEWS AND ARTICLES IN YOUR INBOXPrint
A
A
Home | Mises Library | Why Do We Celebrate Rising Home Prices?

Why Do We Celebrate Rising Home Prices? 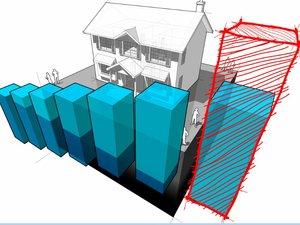 In recent years, home price indices have seemed to proliferate. Case-Shiller, of course, has been around for a long time, but over the past decade, additional measures have been marketed aggressively by Trulia, CoreLogic, and Zillow, just to name a few.

This is a rather odd way of looking at the price of a basic necessity. If the price of food were going upward at the rate of 7 or 8 percent each year (as has been the case with houses in many markets in recent years) would we all be patting ourselves on the back and telling ourselves how wonderful economic conditions are? Or would we be rightly concerned if incomes were not also going up at a similar rate? Would we do the same with shoes and clothing? How about with education?

With housing, though, increases in prices are to be lauded, we are told, even if they outpace wage growth.

But in today’s economy, if home prices are outpacing wage growth, then housing is becoming less affordable. This is grudgingly admitted even by the supporters of ginning up home prices, but the affordability of housing takes a back seat to the insistence that home prices be preserved at all costs.

Behind all of this is the philosophy that even if the home-price/household-income relationship gets out of whack, most problems will nevertheless be solved if we can just get people into a house. Once someone becomes a homeowner, the theory goes, he’ll be sitting on a huge asset that (almost) always goes up in price, meaning that any homeowner will increase in net worth as the equity in his home increases.

Then, the homeowner can use that equity to buy furniture, appliances, and a host of other consumer goods. With all that consumer spending, the economy takes off and we all win. Rising home prices are just a bump in the road, we are told, because if we can just get everyone into a home, the overall benefit to the economy will be immense.

Not surprisingly, we find a sort of crude Keynesianism behind this philosophy. In this way of thinking, the point of homeownership is not to have shelter, but to acquire something that will encourage more consumer spending. In other words, the purpose of homeownership is to increase aggregate demand. The fact that you can live in the house is just a fringe benefit. This macro-obsession is part of the reason why the government has pushed homeownership so aggressively in recent decades.

The fly in the ointment, of course, is if home prices keep going up faster than wages — ceteris paribus — fewer people will be able to save enough money to come up with either the full amount or even a sizable down payment on a loan.

Not to worry, the experts tell us. We’ll just make it easier, with the help of inflationary fiat money, to get an enormous loan that will allow you to buy a house. Thus, rock-bottom interest rates and low down payments have been the name of the game since the late 1980s.

We started to see the end game at work during the last housing bubble when Fannie Mae introduced the 40-year mortgage in 2005, which just emphasized that when it comes to being a homeowner, the idea is not to pay off the mortgage, but to “buy” a house and just pay the monthly payment until one moves to another house and gets a new thirty- or forty-year loan.

It Pays To Be in Debt

On the surface of it, it’s hard to see how this scenario is fundamentally different from just paying rent every month. If the homeowner stops paying the monthly payment, he’s out on the street, and the bank keeps the house, which is very similar to the scenario in which a renter stops paying a landlord. There’s (at least) one big difference here, however. It makes sense for the homeowner to get a home loan rather than rent an apartment because — if it’s a fixed-rate loan — price inflation ensures the real monthly payment will go down every month. Residential rents, on the other hand, tend to keep up with inflation.

But why would any lending institution make these sorts of long-term loans if the payment in real terms keeps getting smaller? After all, thirty years is a long time for something to go wrong.

Lenders are willing and able to do this because the loans are subsidized and underwritten through government creations like Fannie Mae (which buys up these loans on the secondary market), through bailouts, and through a myriad of other federal programs such as FHA. Naturally, in an unhampered market, a loan of such a long term would require high interest rates to cover the risk. But, Congress and the Fed have come to the rescue with promises of bailouts and easy money, meaning cheap thirty-year loans continue to live on.

So, what we end up with is a complex system of subsidies and favoritism on the part of lenders, homeowners, government agencies, and the Fed. The price of homes keeps going up, increasing the net worth of homeowners, and banks can make long-term loans on fairly risky terms because they know bailouts of various sorts will come if things go wrong.

But problems begin to arise when increases in home prices begin to outpace access to easy money and cheap loans. Indeed, we’re now seeing that homeownership rates are going down in spite of low interest rates, and vacancy rates in rental housing are at a twenty-year low. Meanwhile, new production in housing units is at 1992 levels, offering little relief from rising prices and rents. Obviously, something isn’t going according to plan.

The old debt-based tricks that once kept homeownership climbing and accessible in the face of rising home prices are no longer working.

From a free market’s perspective, renting a home is neither good nor bad, but American policymakers long ago decided to favor homeowners over renters. Consequently, we’re faced with an economic system that pushes renters toward homeownership — price inflation and the tax code punishes renters more than owners — while simultaneously pushing home prices higher and higher.

During the last housing bubble, however, as homeownership levels climbed, few noticed or cared about this. So many renters became homeowners that rental vacancies climbed to record highs from 2004 to 2009. But in our current economy, one cannot avoid rising rents or hedge against inflation by easily leaving rental housing behind.

This time around, the cost of purchasing housing is going up by 6 to 10 percent per year, but few renters can join the ranks of the homeowners to enjoy the windfall. Instead, they just face record-high rent increases and a record-low inventory in for-sale houses.