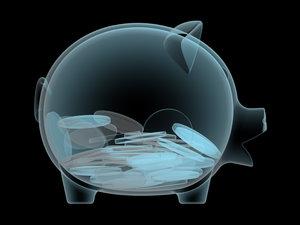 This article is adapted from the foreword to Finance Behind the Veil of Money: An Austrian Theory of Financial Markets by Eduard Braun.

The classical economists had rejected the notion that overall monetary spending — in current jargon: aggregate demand — is a driving force of economic growth. The true causes of the wealth of nations are non-monetary factors such as the division of labor and the accumulation of capital through savings. Money comes into play as an intermediary of exchange and as a store of value. Money prices are also fundamental for business accounting and economic calculation. But money delivers all these benefits irrespective of its quantity. A small money stock provides them just as well as a bigger one. It is therefore not possible to pull a society out of poverty, or to make it more affluent, by increasing the money stock. By contrast, such objectives can be achieved through technological progress, through increased frugality, and through a greater division of labor. They can be achieved through the liberalization of trade and the encouragement of savings.

The Austrians Are the True Heirs of Classical Economics

For more than a century, the Austrian school of economics has almost single-handedly upheld, defended, and refined these basic contentions. Initially Carl Menger and his disciples had perceived themselves, and were perceived by others, as critics of classical economics. That “revolutionary” perception was correct to the extent that the Austrians, initially, were chiefly engaged in correcting and extending the intellectual edifice of the classics. But in retrospect we see more continuity than rupture. The Austrian school did not aim at supplanting classical economics with a completely new science. Regarding the core message of the classics, the one pertaining to the wealth of nations, they have been their intellectual heirs. They did not seek to demolish the theory of Adam Smith root and branch, but to correct its shortcomings and to develop it.

The core message of the classics is today very much out of fashion — probably just as much as at the end of the eighteenth century. As the prevailing way of economic thinking has it, monetary spending is the lubricant and engine of economic activity. Savings are held to be a plight on the social economy, the selfish luxury of the ignorant or the evil, at the expense of the rest of humanity. To promote growth and to combat economic crises, it is crucial to maintain the present level of aggregate spending, and to increase it if possible.

This prevailing theory is precisely the one refuted by Smith and his disciples. Classical economics triumphed over that theory, which Smith called “mercantilism,” but its triumph was short-lived. Starting in the 1870s, at the very moment of the appearance of the Austrian school, mercantilism started its comeback, at first slowly, but then in ever-increasing speed.1 In the 1930s it was led to triumph under the leadership of Lord Keynes.

Neo-mercantilism, or Keynesianism, has ravaged the foundations of our monetary system. Whereas the classical economists and their intellectual heirs had tried to reduce the monetary role of the state as much as possible, even to the point of privatizing the production of money, the Keynesians set out to bring it under full government control. Most importantly, they sought to replace free-market commodity monies such as silver and gold with fiat money. As we know, these endeavors have been successful. Since 1971 the entire world economy has been on a fiat standard.

But Keynesianism has also vitiated economic thought. For the past sixty years, it has dominated the universities of the western world, at first under the names of “the new economics” or of Keynesianism, and then without any specific name, since it is pointless to single out and name a theory on which seemingly everyone agrees.

The Key Importance of Money and Banking

No other area has been more affected by this counter-revolution than the theory of banking and finance. It was but a small step from the notion that increases in aggregate demand tend to have, on the whole, salutary economic effects, to the related notion that the growth of financial markets — aka “financial deepening” — generally tends to spur economic growth.2 Whereas the classical tradition had stressed that “financing” an economy meant providing it with the real goods required to sustain human labor during the production process (which was called the wage fund respectively the subsistence fund), the Keynesian counter-revolution deflected attention from his real foundation of finance. In the eyes of these protagonists, finance was beneficial to the extent — and only to the extent — that it facilitated the creation and spending of money. Financial intermediation was useful because it prevented that savings remained dormant in idle money hoards. But finance could do much more to maintain and increase aggregate demand. It could most notably rely on the ex nihilo creation of credit through commercial banks and central banks. It provided monetary authorities with new tools to manage inflation expectations, for example, through the derivatives markets. And financial innovation was likely to create ever new opportunities for recalcitrant money hoarders to finally spend their cash balances on attractive “financial products.”

The youthful and boastful neo-mercantilist movement of the 1930s and the early post-war period did not bother to refute the classical conceptions in any detail. The theory of the wage fund was brushed aside, rather than carefully analyzed and criticized, just as Keynes had brushed aside Say’s Law without even making the attempt to dissect it.3 As a consequence, the foundations of the theory of finance have remained in an unsatisfactory state for many decades. A newer vision of finance had supplanted the older one. But was the latter without merit? The new theory appeared to be new. But was it true?

Finance Behind the Veil of Money is one of the very first modern discussions that try to come to grips with these basic questions.4 Steeped in the tradition of the Austrian school, Dr. Eduard Braun delivers a sweeping and original essay on the foundations of finance. Relying on sources in three languages, and delving deep into the history of capital theory — most notably the neglected German-language literature of the 1920s and 1930s — his work sheds new light on a great variety of topics, in particular, on the history of the subsistence-fund theory, on the relation between monetary theory and capital theory, on economics and business accounting, on price theory and interest theory, on financial markets, on business cycle theory, and on economic history.

One, Braun resuscitates the theory of the subsistence fund out of the almost complete oblivion into which it had fallen after WWII. He argues that this theory has been neglected for no pertinent reason, and with dire consequences for theory and economic policy. In particular, without grasping the nature and significance of the subsistence fund, one cannot understand the upper turning points of the business cycle, nor the economic rationale of business accounting, nor the interdependence between the monetary side and the real side of the economy.

His book shows that this is a fruitful approach and a promising framework for future research in a variety of contemporary fields, such as financial economics, finance, money and banking, and macroeconomics. The current crisis is a devastating testimony to the fact that mainstream thought in these fields is very deficient, and possibly deeply flawed. At the very moment when governments and central banks, with the encouragement of academic economists, set out to apply the conventional Keynesian policies with ever greater determination, Eduard Braun invites us to step back and reflect about the meaning of finance. This is time well spent, as Braun’s readers will find out.