GET NEWS AND ARTICLES IN YOUR INBOXPrint
A
A
Home | Mises Library | For WHO, Red Meat Is a Red Herring

For WHO, Red Meat Is a Red Herring 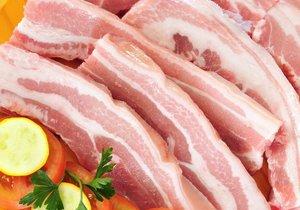 Our booming green-industrial complex built up by administrations of both parties in the US is effectively using the United Nations, its thirty two “sister” institutions — such as the World Bank, UNESCO, and numerous “tribunals” — and hundreds of training and research centers. This huge international bureaucratic buildup is already employing over a million “international civil servants” to administer what our socialist visionaries hope will become the world government of the future.

An increasingly important “sister institution” of the UN system is the highly politicized "World Health Department" also known as the World Health Organization (WHO) which, as part of a new scare campaign, has issued new declarations that sausages, hot dogs, bratwurst, and ham are carcinogenic, and that all red meat is “probably carcinogenic.”

This new anti-meat campaign, however, is not about your health, but about the “health of the planet.” WHO’s attack on meat is happening just before the Paris gathering on global warming and is a part of the slow motion socialist revolution poorly disguised as “climate change awareness.” As usual, socialist policies today are justified as “necessity for future generations.” Famous Nobel Laureate in physics, Dr. Ivar Giaever, once an Obama supporter, now stands against the president on global warming. “I would say that basically global warming is a non-problem.” Giaever ridiculed Obama for stating that “no challenge poses a greater threat to future generations than climate change.” The physicist called it a “ridiculous statement” and that Obama “gets bad advice” when it comes to global warming. I am sure that Obama and other politicians are peddling the climate change agenda not because of “bad advice,” but because advocates provide them with the argument for central planning and curtailing of individual liberty.

The 2015 United Nations Climate Change Conference, which will be held in Paris from November 30 to December 11, is designed by the Obama administration as the major leap forward toward world government and central planning. It will be the twenty-first yearly session of the Conference of the Parties to the 1992 United Nations Framework Convention on Climate Change (UNFCCC), and the eleventh session of the Meeting of the Parties to the 1997 Kyoto Protocol. The conference objective is to achieve a legally binding and universal agreement on climate, from all the countries, including the US.

All globalists were mobilized for preparation to this event. Pope Francis, for example, published an encyclical called Laudato Si’ help to secure success for the conference. The encyclical calls for immediate action against human-caused climate change. The International Trade Union Confederation, which traces its origins back to the First International founded and addressed by Karl Marx, has called for the goal to be "zero carbon, zero poverty," and its general secretary Sharan Burrow proclaimed that there are “no jobs on a dead planet.”

The war on meat is part of this public relations blitz. Lord Stern of the UK, a former chief economist of the World Bank, believes that “meat is a wasteful use of water and creates a lot of greenhouse gases. It puts enormous pressure on the world’s resources. A vegetarian diet is better.”

Another Stern, this time our own, is a US special envoy for climate change appointed by the Obama administration to secure a strong climate agreement at the Paris climate conference. Ambassador Todd Stern is now traveling to Brazil and Cuba to obtain support from these corrupt socialist governments to stand against “the global threat of climate change.”

In the US, socialist zealots and their “capitalist” cronies have already destroyed the coal industry and the whole energy sector is under attack. Now they are after the meat industry which is, according to them, “unsustainable.” The left-wing Union of Concerned Scientists lists meat-eating as the second-biggest environmental hazard facing the Earth. (Number one is fossil-fuel vehicles.)

In the Soviet Union, when it existed, beef was available only to Communist Party functionaries and everybody else could only find it on the black market. It was “explained” to the masses that meat was bad for their health. In Cuba today you cannot find beef in the food stores. Ground beef (usually mixed with soy), chicken, sausage, and ham are rationed by the government in the amount of a half pound per person every fifteen days. My Cuban friends complain, however, that most of these deliveries are unreliable and can be “canceled” without any explanation.

In the US, the 2015 Dietary Guidelines Advisory Committee worked on concocting a 571-page report of pseudoscientific “evidence” to encourage Americans to avoid red meat. US departments of Agriculture and Health and Human Services will use this junk science to guide federal nutrition policy, including the $16 billion school lunch program.

And it’s all being done at our own expense. The United States is bankrolling the UN and its “sister” institutions, including WHO, from one-quarter to one-third of their operating budgets. Let’s hope we don’t get all the world government we’re paying for.