Who Are the Real Anarchists? | Mises Institute
Skip to main content

GET NEWS AND ARTICLES IN YOUR INBOXPrint
A
A
Home | Mises Library | Who Are the Real Anarchists?

Who Are the Real Anarchists? 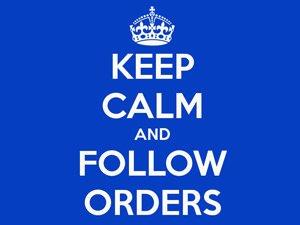 Few political ideologies are as misunderstood as anarchism. Confusion is so widespread, in fact, that those ignorant of this intellectual tradition often use the word “anarchism” as a synonym for “chaos.” Some of the confusion may arise from the fact that anarchism is today often solely associated with the anti-private-property anarchists of the nineteenth century, such as the followers of Mikhail Bakunin.

Indeed, this variety of anarchism was so dominant through the first half of the twentieth century that Ludwig von Mises, writing in Liberalism, mockingly asked “[c]an it, then, be assumed, without falling completely into absurdity, that, in spite of all this, every individual in an anarchist society will have greater foresight and will power than a gluttonous dyspeptic?”

Writing in 1927, Mises’s experience with anarchists was with those who sought to tear down every form of human institution, from the market to the family to religious groups. Not surprisingly, Mises was somewhat skeptical that a society scraped bare of all tried and true human institutions would enter a phase of utopia.

In the libertarian tradition, however, the anarchist society is merely the society in which individuals are not governed by a state built on monopolized violence and coercion, but instead govern themselves through organizations into which they have entered voluntarily. Among such institutions can certainly be found churches, schools, families, professional associations, markets, and tribes.

Anarchists and others may debate the value of such institutions, but the libertarian anarchist does not by force oppose a person’s membership in any such institution or organization. What is opposed by the anarchist libertarian is the type of civil government known as “the state” which exercises a monopoly on the means of coercion. It is this monopoly, perhaps more than anything else, which characterizes the state, its lack of voluntary association, and its claim of a right to employ unchallenged force over all individuals who just happen to live within a certain geographical area.

Indeed, anarchists do not even necessarily oppose the use of coercion, for certainly a criminal who has stolen from someone else could rightly be forced to pay restitution.

At this point, the student of anarchism will begin to ask himself: “Fair enough, the state is bad, but what would a legal system look like under an anarchic system? How would property owners and employees interact? What would be the role of parents and families?”

Fortunately for us, these are not questions we have suddenly come up with ourselves, but have long been asked by libertarian theorists. And as we begin to look more deeply into the anarchist tradition, we find that it is not new, nor is it undeveloped in its thought.

While we can look back to Étienne de La Boétie to find some early writings on the subject, the nineteenth century produced numerous serious anarchist thinkers from Molinari to Proudhon in Europe and Spooner and Tucker in the United States. These nineteenth-century theorists would eventually be popularized and employed by Murray Rothbard in what has come to be known as anarcho-capitalism, the anarchist tradition of private property and free association.

To offer a truly detailed exploration of the answers offered to these questions, David Gordon will next week offer a new course through Mises Academy on the history of anarchist thought, and will examine for six weeks the intellectual tradition of anarchism, and the tradition’s importance to the political debate today.

Indeed, anarchism’s importance in the political realm is perhaps greater than ever, and its continued relevance again came to the fore in May when Kelefa Sanneh, writing in The New Yorker, discussed the influence of anti-capitalist anarchist David Graeber who has become prominent in the Occupy Wall Street Movement. In his article, however, Sanneh, could not ignore Murray Rothbard, whom Sanneh describes as “one anarchist who could be considered influential in Washington” and as “Ron Paul’s intellectual mentor, which makes him the godfather of the godfather of the Tea Party.”

One can certainly debate Rothbard’s anarchist influence among Tea Partiers themselves, but the importance of Rothbard’s anarcho-capitalist thought within the larger libertarian movement is noteworthy.

And yet this divide between the pro-private-property anarchists like Rothbard, and the anti-property-anarchists of David Graeber’s school continues to cause confusion about what anarchism is.

Writing in the upcoming September issue of The Free Market, David Gordon notes:

Graeber does not agree that if we got rid of the state, people would live under free enterprise capitalism. He follows Karl Polanyi’s contention in his book The Great Transformation (1944) that the free market depends on a rigid framework of laws and institutions to force people into the behavior that the capitalist system requires. In particular, Graeber thinks that capitalism is based on debt peonage and slavery and views debt cancellation favorably.

If all anarchists truly are united by opposition to a coercive state, then perhaps the question is irrelevant. For as libertarian anarchists know, a stateless society is likely to naturally produce widespread, complex, and successful markets. The anti-capitalist anarchists will simply be proven wrong, although they might perhaps be thanked for their service in opposing the state.