White "Privilege" Has Nothing on State Privilege 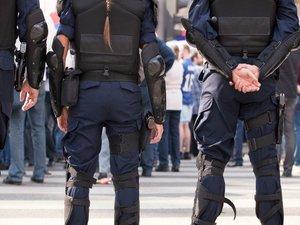 Cultural Marxism enjoyed a victory last week when University of Missouri President Tim Wolfe resigned after members of the Missouri Tigers football team joined a student movement calling for his resignation. While I fully support the rights of these players to leverage their athletic ability to advocate a cause — as I would support their university if it decided to pull their scholarship — what is concerning is the actual list of demands shared by the cause they joined.

The top priority of the #ConcernedStudent1950 movement was not the resignation of University of Missouri President Tim Wolfe, but that he “must acknowledge his white male privilege.” While I have little sympathy for Mr. Wolfe — I agree with Lew Rockwell when he says, “Virtually all university administrators deserve what’s in store for them, especially since they’ve promoted it” — the members of #ConcernedStudent1950 would do well to understand that Mr. Wolfe’s sin was not his skin color or his gender, but his position with the state.

After all, as president of Missouri’s state university system, Tim Wolfe was complicit in the systemic fraud of modern academia. He personally profited from the tens of thousands of dollars students spend at these state institutions in exchange for increasingly worthless degrees and leftist indoctrination. The regular typos and basic grammatical mistakes by what purports to be the official Twitter account of #ConcernedStudent1950 offers amusing evidence of how poorly served students are in today’s universities.

But to explore this further, let’s first look at how the left defines the concept of “privilege.”

According to the website of the White Privilege Conference, “Privilege exists when one group has something of value that is denied to others simply because of the groups they belong to, rather than because of anything they’ve done or failed to do.” By this definition, it is clear that there is no greater privilege than that afforded to the state.

Examples of this are plentiful and wide ranging. From the failure to prosecute police officers when their criminal negligence leads to a man’s death, to the immunity granted to the EPA for their pollution of the Animas River, to the US government’s role in arming terrorist groups — government officials regularly engage in behavior that would land anyone without a badge behind bars.

While it’s true that over the course of American history, white straight men have largely enjoyed the benefits of power — the power of state privilege has proven to trump any other factor. Consider that a black man is regularly responsible for the death of innocent men, women, and children and will, like his predecessor, never face punishment for his actions. Or that a powerful gay congressman managed to avoid charges for a brothel that was operating from his home. Or that Hillary Clinton is running for president.

Of course, there are perks to power that go beyond a get out of jail free card. Be it expensive (taxpayer-funded) vacations, or (taxpayer-funded) office spaces upon retirement, or simply blatant nepotism — state privilege is the easiest way to become a “garbage rich person.”

A historical argument for collectivist white guilt is also absurd. After all, the evil institution of slavery existed throughout the world, regardless of skin color. While it is unfortunately true that white Americans fought to protect slavery’s existence in America, it’s equally true that the abolitionist movement in this country was founded by white Quakers. Slavery existed for as long as it did, not out of widespread racial agreement among whites — but due to the design of those in Federal government. Yet we still have the progressive “academics” attempt to explain to decedents of Irish immigrants the privileges enjoyed by their ancestors. I can’t help but wonder if a member of #ConcernedStudent1950 thinks Michelle Obama has it worse off in today’s world than the white wife of a West Virginia coal miner?

Unfortunately, the emphasis on skin color, gender, sexuality, and other biological factors rather than government power is intentional. The interest of those who scream “white privilege” is rarely ever about social injustice and almost always about censorship and power. The progressive left knows that the best way to pursue its agenda is by demonization and division, and they have been widely successful in this regard. This is why you’ll see Thomas Jefferson dismissed in public schools as a racist slave owner, yet see FDR championed as a great man of history.

Ludwig von Mises understood that the superficial obsession with race dangerously overlooks the fundamental importance of ideas. This is why he wrote that “it is not mankind, the state, or the corporative unit that acts, but individual men and groups of men, and that their valuations and their actions are decisive, not those of abstract collectives.” The idea that the Jewish Mises would be asked to check his own “white privilege” should be obviously absurd considering he was forced to flee his home due to Aryans obsessed with an ideology that saw him as racially inferior.

Perhaps the greatest tragedy of the left’s successful tactics of divide and conquer is the devastating consequences it has had on the very communities progressives claim they want to help. Thomas Sowell has brilliantly documented the human toll of the progressive state. Regardless of their true intentions, those who advocate for greater state intervention in our lives actively encourage the greatest threat to societal harmony in the world today.

Now that Peter Klein has left Mizzou for Baylor University, I won't be much affected even if #ConcernedStudents1950 manage to burn the University of Missouri to the ground — but doing so won’t improve their lives.

A brighter tomorrow will only come when people realize that no matter your race, ethnicity, gender, sexuality, or religion — the state is the gravest threat to all those who don’t enjoy its privilege.

Randian Villains with Millennial Characteristics: FTX, Fraud, and the Fed

Ryan and Tho look at conman Sam Bankman-Fried, the scam of FTX, and how regime legitimacy fuels fraudulent companies...

This year’s midterm disappointment for Americans hoping the lunacy of the left would undermine the Democrat Party...