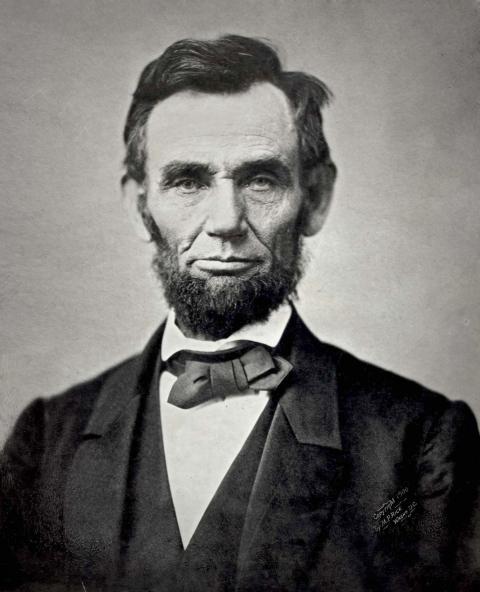 A review of A New Birth of Freedom: Abraham Lincoln and the Coming of the Civil War (Roman and Littlefield, 2000, 750 pp.)

At a recent appearance before the Heritage Foundation to discuss A New Birth of Freedom, James Bovard asked author Harry Jaffa how Abraham Lincoln’s suppression of Southern secession reflected on his commitment to consensual government.  Jaffa responded by citing the supremacy of a presidential election and the anarchic ramifications of political withdrawal.

Secession is by and large equated with a supposedly racist insurrection—the Confederacy—so Jaffa’s assertions seem unobjectionable juxtaposed with this demonized polity.  If we juxtapose them with another set of circumstances, however, they betray abhorrent entailments.

On December 20, 1860, a Massachusetts convention passed the following ordinance:

Whereas, Abraham Lincoln has been elected President of the United States, and

Whereas, President-elect Lincoln has affirmed support of the Fugitive Slave Act, and

Whereas, The Commonwealth of Massachusetts and all non-slaveholding states shall be bound to aid in the rendition of fugitive slaves under this administration, and

Whereas, Such complicity with the iniquitous institution of slavery is repugnant to the consciences of this commonwealth’s citizens, and

Whereas, Seeking to throw off this wretched yoke and be a beacon of freedom for the enchained masses of this country,

Therefore Be It Resolved, That the Commonwealth of Massachusetts hereby dissolves its political bands with the United States of America and shall hereafter exist as a free and independent state.

While this resolution is counterfactual, it has been imagined from a genuine context.  During the antebellum period, especially after the 1850 Fugitive Slave Act, many abolitionists perceived the Union as an albatross that enmeshed their states in the enslavement they loathed.  Supreme Court decisions such as Ableman v. Booth (upholding the Fugitive Slave Act) amplified their antipathy to the constitutional order.

William Lloyd Garrison was the Northern disunionist par excellence.  The editor of The Liberator placed "No Union with Slaveholders!" on the publication's masthead since he considered Northern withdrawal not only permissive but imperative.  "Give us Disunion and liberty and a good conscience, rather than Union with slavery and moral degradation," he wrote in the wake of the Dred Scott decision.

As Garrison highlighted elsewhere, the Constitution safeguarded slavery through the Fugitive Slave Clause and the federal government’s pledge to put down insurrections (including those by enslaved individuals).  Thus, he wrote in 1845 that the American Union was "a stupendous republican imposture" and "the most subtle and atrocious compromise ever made to gratify power and selfishness!"

From Garrison’s perspective, the continuation of union meant the perversion of Northern integrity by submission to Southern despotism.  Abolitionist advocacy would be imbrued so long as this unholy alliance endured.

Jaffa is familiar with Garrisonian disunionism and discusses it in A New Birth of Freedom.  He writes after an overview, "We see from this that secession, the ultimate remedy of proslavery Southerners, had long been regarded by abolitionists as the ultimate antislavery remedy."

Being a Lincolnian and placing Union paramount, Jaffa ridicules disunionism as a strategy of "folly" and chides its proponents for being "more interested in the purity of their will than in the consequences of their actions."  In fact, Jaffa argues that disunion would have reinforced slavery:

Had Thoreau and Garrison’s abolitionism prevailed, the slave South would have been freed from all the restraints arising from the free-soil movement in the Union under the Constitution.  In the crisis of actual secession in 1860-1861, the abolitionists’ moral purity and practical folly were still alive and well, as when Horace Greely said, "Let our erring sisters depart."  It is almost as if abolitionism had been infiltrated and financed by proslavery agents!

This inverts who wore the straitjacket in the antebellum period.  Although the Southern states thought that Lincoln’s election heralded slavery’s extinction—its exclusion from the territories being the first step—the peculiar institution enjoyed great security in the South.

True, the admission of free states would have undercut the South’s balance of power in the Union, but nothing short of a constitutional amendment could have engendered emancipation.  (Of the thirty-four states in the Union prior to secession, fifteen were slave states.  To obtain the three-quarters approval necessary for ratification of a constitutional amendment abolishing slavery, twenty-six more states would need to be admitted, all of their legislatures voting as a bloc with the nineteen non-slave states.  Suffice it to say, this was not a foreseeable occurrence.)

The abolitionists’ states and territories admitted as free states, though, would be unable to provide a safe haven for enslaved individuals who managed to escape.  The draconian Fugitive Slave Act and its basis in organic law (both of which Lincoln pledged to enforce) would continue to bind them to an institution they considered criminal.  Disunion would promote an influx of fugitives and assail slavery by nullifying the fugitive slave provisions in those states that withdrew.

Jaffa’s Union über Alles intoxication would have required the conquest of Massachusetts had it passed the ordinance above, creating the grisly irony of enslaving a state that separated as a means of combating enslavement.  As the great abolitionist Lysander Spooner observes in No Treason, "[T]here is no difference, in principle—but only in degree—between political and chattel slavery."