GET NEWS AND ARTICLES IN YOUR INBOXPrint
A
A
Home | Mises Library | What’s So Scary About Deflation?

What’s So Scary About Deflation? 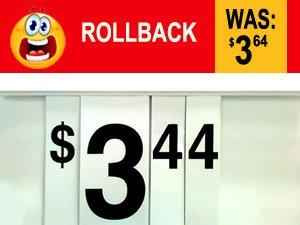 06/26/2013Frank Hollenbeck
When it comes to deflation, mainstream economics becomes not the science of common sense, but the science of nonsense. Most economists today are quick to say, “a little inflation is a good thing,” and they fear deflation. Of course, in their personal lives, these same economists hunt the newspapers for the latest sales.

The person who epitomizes this fear of deflation best is Ben Bernanke, chairman of the Federal Reserve. His interpretation of the Great Depression has greatly biased his view against deflation. It is true that the Great Depression and deflation went hand in hand in some countries; but, we must be careful to distinguish between association and causation, and to correctly assess the direction of causation. A recent study by Atkeson and Kehoe spanning a period of 180 years for 17 countres found no relationship between deflation and depressions. The study actually found a greater number of episodes of depression with inflation than with deflation. Over this period, 65 out of 73 deflation episodes had no depression, and 21 out of 29 depressions had no deflation.

The main argument against deflation is that when prices are falling, consumers will postpone their purchases to take advantage of even lower prices in the future. Of course, this is supposed to reduce current demand, which will cause prices to fall even further, and so on, and so on, until we have a deflation-depression spiral of the economy. The direction of causation is clear: deflation causes depressions. You can find this argument in almost all introductory economics textbooks. The St. Louis Fed recently wrote:

“While the idea of lower prices may sound attractive, deflation is a real concern for several reasons. Deflation discourages spending and investment because consumers, expecting prices to fall further, delay purchases, preferring instead to save and wait for even lower prices. Decreased spending, in turn, lowers company sales and profits, which eventually increases unemployment.”

There are several problems with this argument. The first is that, regardless of how low prices of consumer goods are expected to fall, people will always consume some quantity in the present and in order to do so, they therefore need to spend in the present on investment to ensure the flow of consumer goods into the future. We can see that many high technology products have had brisk demand despite living in a deflationary environment. Apple has been able to sell its latest version of the iPhone, although most people expect the same phone to be much cheaper in six months.

The second mistake with this argument is that it assumes that we base our expectations only on the past. Falling prices makes us anticipate prices to continue to fall. Of course, our expectations are based on a multitude of factors, of which past prices is just one. I am sure that the economists at the Fed are surprised that we did not react to lower interest rates as we did after the dot com bubble of 2001. Human actions simply cannot be modeled as you would the reactions of lab rats in a biology experiment.

A third mistake is that if we are consuming less, we must be saving more. Investment must therefore be higher. Therefore increased saving that can lead to deflation does not reduce aggregate demand but simply alters the composition of demand. The demand for consumption goods will decline, to be replaced with demand for capital goods. If anything, this will lead to growth and more consumption goods in the future, since the economy has more capital to work with.

Growth lowers prices: that is a good thing. The period of the greatest growth in the U.S. during the nineteenth century, from 1820 to 1850 and from 1865 to 1900, was associated with significant deflation. In those two cases, prices were cut in half.

Let me explain this point with a very uncomplicated example. Suppose you have 10 pencils and $10. What is the price of a pencil? It can’t be $2 since we would have pencils that remain unsold, so the price would tend to fall. It can’t be 50 cents since people would have money and nothing to buy. Prices would be bid up. This would lead to equilibrium where pencils would be sold for $1 each. Now suppose we double the amount of pencils, so we have 20 pencils and $10. The price will fall from $1 to 50 cents. Other things being equal, including the stock of money, the price will be cut in half, falling prices here is very positive since our dollars now give us more goods and services. It reflects society’s ability to push out the bounds of scarcity. We can never conquer scarcity, or all prices would be zero, but falling prices shows that we are winning this crucial battle. More goods and services for all is a good thing and deflation reflects this additional abundance.

Now let’s talk about the deflation which causes such fears in so many economists. Suppose the production cost of a pencil is 80 cents. The rate of return is 25 percent. Now suppose people hoard $5 and stuff money in their mattress instead of saving it. The price of a pencil will again be cut in half, falling from $1 to 50 cents. If input prices also fall to 40 cents per pencil then there is no problem since the rate of return is still 25 percent. What economists fear is that input prices are sticky, and don’t adjust to output prices, so that firms produce at 80 cents and sell at 50 cents. This leads to bankruptcies, unemployment, and falling output, so now we may only be producing 8 pencils, which causes more hoarding, more bankruptcies, and so on, and so on. You get the picture. To avoid this, most economists advocate that the government print $5, keeping the price of pencils steady at $1, and avoiding a deflationary-depression spiral in the economy.

Of course, there are also some major problems with this little story. There is always a certain amount of stickiness in both input and output prices. You don’t want to have to constantly renegotiate your salary, nor do you want to constantly check on the hourly ticket price of the latest movie. So what is important is the lag existing between changes in output prices and input prices. If the lag is not long, then the policy solution described above may not be necessary and counterproductive. Also, entrepreneurs survive by forecasting output prices and then bidding for the inputs to be able to make a profit. This would suggest that the lag is probably relatively short.

Also, the printing of money is distortive. When the government adds $5 to the economy, it is not neutral. It initially benefits those that receive the money first, the government and banks, and penalizes the late receivers of the money, the wage earners and the poor. The printing of money and its associated price effect is the reverse of Robin Hood, taking from the poor to give to the rich. These early receivers, the rich, will spend the money in a certain way, altering relative prices in the economy.

Now what happens when the economy improves and people reverse their hoarding? We now have 10 pencils and $15. Other things being equal, prices will rise from $1 to $1.50, unless the government retires the $5 it put into the system. If they do, this will create another round of altered relative prices. The medicine is likely to be worse than the disease.

In a multiproduct world, inflation (including asset prices) from excessive credit growth causes changes in relative prices that induces unsustainable investments, like housing from 2001-2007. Deflation, in the bust phase, is a partial realignment of these relative prices closer to what society really wants to be produced. The printing of money simply interferes with this essential clearing process. The real solution is to end fractional reserve banking and central banking.

Inflation is much worse than deflation because it robs wage earners and the poor. Central banks are the primary cause of inflation and are the main reason for the growth of income inequalities, as the rich get richer and the middle class sinks toward poverty. This income trend has been self-evident and growing since the demise of the Bretton Woods system in 1971 and its replacement with fiat currencies. Central bank power depends on the ability to generate inflation.

This is why central banks have been so generous supporting economic research in so many academic institutions that serve to theoretically justify the central bank’s current inflationary policies. The common fallacy of “a little inflation being good” has been expounded by the media and economists for a reason. Inflation is theft as you sleep, since it robs the value of the dollars in your wallet. Two-percent inflation over 35 years reduces the value of money in your pocket by 50 percent. If anything, evil has a new face; it is called a central bank.

Many times deflation follows a period of central bank inflation. Deflation is part of the deleveraging process that is necessary following such an excessive policy by the central bank. As Austrian economists have always said, “fear the boom, not the bust.” Delaying the deflation by extending the bubble or creating new bubbles by printing more money only delays the adjustment making it much more painful.