GET NEWS AND ARTICLES IN YOUR INBOXPrint
A
A
Home | Mises Library | What is Wrong With Econometrics?

What is Wrong With Econometrics? 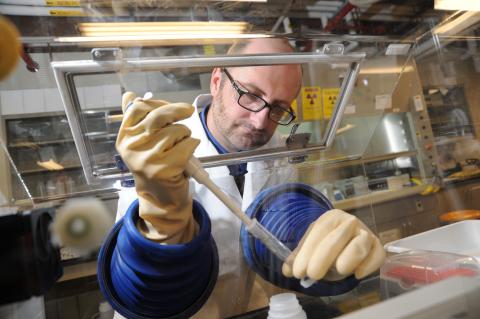 A recent academic study by economists Karl Case, John Quigley, and Robert Shiller of consumer-spending behavior in the U.S. and 13 other developed nations indicates that the wealth effect from housing is twice as great on consumer spending as comparable changes in stock-market wealth. In the U.S., for example, they found that a 10-percent gain in housing prices would provoke an average 0.62-percent increase in consumption, while a similar jump in stock-market wealth only elicited about a 0.3-percent to 0.2-percent increase in spending (Barron’s, April 15, 2002).

What enabled these economists to derive these answers is econometric modeling.

In the natural sciences, a laboratory experiment can isolate various elements and their movements. There is no equivalent in the discipline of economics. The employment of econometrics and econometric model-building is an attempt to produce a laboratory where controlled experiments can be conducted.

The idea of having such a laboratory is very appealing to economists and politicians. Once the model is built and endorsed as a good replica of the economy, politicians can evaluate the outcomes of various policies. This, it is argued, enhances the efficiency of government policies and thus leads to a better and more prosperous economy. It is also suggested that the model can serve as a referee in assessing the validity of various economic ideas. The other purpose of a model is to provide an indication regarding the future.

By means of mathematical and statistical methods, an econometrician establishes functional relationships between various economic variables. For example, personal consumer outlays are related to personal disposable income and interest rates, while fixed capital spending is explained by the past stock of capital, interest rates, and economic activity. A collection of such various estimated relations—i.e., equations—constitutes an econometric model.

A comparison of the goodness of fit of the dynamic simulation versus the actual data is an important criterion in assessing the reliability of a model. (In a static simulation, the equations of the model are solved using actual lagged variables. In a dynamic simulation, the equations are solved by employing calculated from the model-lagged variables). The final test of the model is its response to a policy variable change, such as an increase in taxes or a rise in government outlays. By means of a qualitative assessment, a model builder decides whether the response is reasonable or not. Once the model is successfully constructed, it is ready to be used.

Is the mathematical method valid in economics?

By applying mathematics, mainstream economics is attempting to follow in the footsteps of natural sciences. In the natural sciences, the employment of mathematics enables scientists to formulate the essential nature of objects. In short, by means of a mathematical formula, the response of objects to a particular stimulus in a given condition is captured. Consequently, within these given conditions, the same response will be obtained time and again.

The same approach, however, is not valid in economics. For economics is supposed to deal with human beings and not objects. According to Mises,

The experience with which the sciences of human action have to deal is always an experience of complex phenomena. No laboratory experiments can be performed with regard to human action.1

The main characteristic or nature of human beings is that they are rational animals. They use their minds to sustain their lives and well-being. The usage of the mind, however, is not set to follow some kind of automatic procedure, but rather every individual employs his mind in accordance with his own circumstances. This makes it impossible to capture human nature by means of mathematical formulae, as is done in the natural sciences.

In short, people have the freedom of choice to change their minds and pursue actions that are contrary to what was observed in the past. As a result of the unique nature of human beings, analyses in economics can only be qualitative.

Furthermore, to pursue quantitative analysis implies the possibility of the assignment of numbers, which can be subjected to all of the operations of arithmetic. To accomplish this, it is necessary to define an objective fixed unit. Such an objective unit, however, doesn’t exist in the realm of human valuations. On this Mises wrote, "There are, in the field of economics, no constant relations, and consequently no measurement is possible."2

There are no constant standards for measuring the minds, the values, and the ideas of men. Valuation is the means by which a conscious purposeful individual assesses the given facts of reality. In other words once an individual establishes what the facts are, he then assesses which out of these established facts are the most suitable to attain his various ends.

Individual goals or ends set the standard for valuing the facts of reality. For instance, if the goal of an individual is to improve his health, then he would establish which goods will benefit his health and which will not. Among those that will benefit him, some will be more effective than others. There is no way, however, to quantify this effectiveness. All that one could do is rank these goods in accordance with perceived effectiveness.

The use of mathematics in economics poses another serious problem. The employment of mathematical functions implies that human actions are set in motion by various factors. However, this is an erroneous way of thinking. For instance, contrary to the mathematical way of thinking, individual outlays on goods are not "caused" by real income as such. In his own context, every individual decides how much of a given amount of income will be used for consumption and how much for savings. While it is true that people respond to changes in their incomes, the response is not automatic, and it cannot be captured by a mathematical formula. For instance, an increase in an individual’s income doesn’t automatically imply that his consumption expenditure will follow suit. In other words, every individual assesses the increase in income against the goals he wants to achieve. Thus he might decide that it is more beneficial for him to raise his savings rather than raise his consumption.

The validity of probability theory in economics

While mathematics is the key tool of econometric methods, the foundation of econometrics is probability theory. What is probability? The probability of an event is the proportion of times the event occurs out of a large number of trials. For instance, the probability of obtaining heads when a coin is tossed is 50 percent. This does not mean that when a coin is tossed 10 times, five heads are always obtained. However, if the experiment is repeated a large number of times, then it is likely that 50 percent will be obtained. The greater the number of throws, the nearer the approximation is likely to be.

Alternatively, say it has been established that in a particular area the probability of wooden houses catching fire is .01. This means that on the basis of experience, on average, 1 percent of wooden houses will catch fire. This does not mean that this year or the following year the percentage of houses catching fire will be exactly 1 percent. The percentage might be 1 percent each year or not. Over time, however, the average of these percentages will be 1 percent.

This information, in turn, can be converted into the cost of fire damages thereby establishing the case for insuring against the risk of fire. Owners of wooden houses might decide to pool their risk, i.e., spread the risk by setting up a fund. In other words, every owner of a wooden house will contribute according to a certain proportion to the total amount of money that is required in order to cover the damages of those owners whose houses will be damaged by the fire. Note that insurance against the fire risk can only take place because we know its probability distribution and because there are enough owners of wooden houses to spread the cost of fire damage among them so that the premium will not be excessive. In this regard, these owners of wooden houses are all members of a particular group or class that will be affected in a similar way by a fire. We know that, on average, 1 percent of the members of this group will be affected by fire. However, we don’t know exactly who it will be. The important thing for insurance is that members of a group must be homogeneous as far as a particular event is concerned.

Human activities, however, cannot be analyzed in the same way that one would analyze objects. To make sense of historical data, one must scrutinize them not by means of statistical methods but by means of trying to grasp and understand how they emerged.

Econometric models have nothing to do with the reality.

Given the fact that human beings are governed by freedom of choice, the various policy analyses by means of models, known as "what if" or multiplier analyses, are little more than children’s games and cannot be taken seriously. After all, to assume that a change in government policy would leave the structure of equations intact would mean that individuals in the economy ceased to be alive and were, in fact, frozen.

Another major problem with most econometric models is that they are designed along the lines of Keynesian economic thinking. Thus the main variable in these models is gross domestic product, which is explained within the model framework by the interactions between various lumped data known as aggregates. The interaction between various aggregates in the model framework gives the impression that the economy is about gross domestic product, or about balance of payments, but not about human beings and human life. Obviously this runs contrary to the fact that everything in the human world is caused by man’s purposeful conduct.

To improve an econometric model’s capability as a forecasting tool, econometricians often employ various tricks. The predictive capability of each equation in the model is checked against actual data, and the difference between the actual data and the data obtained from the equations, also known as the add factor, is extrapolated forward and incorporated into the models equations.

As a method of economic analysis econometrics is a childish play with figures that does not contribute anything to the elucidation of the problems of economic reality.3

Rather than viewing econometric models as a sophisticated technique that can discover the hidden truth about the economy, we should regard them as clumsy and expensive extrapolative devices, which have nothing in common with reality. Anyone who decides to use models as an analytical tool or a forecasting device runs the risk of seriously confusing himself.