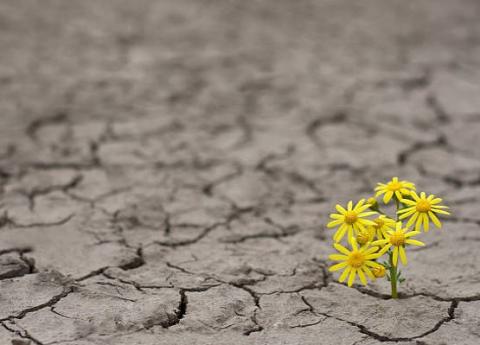 Proponents of markets often note that there is no such thing as a free lunch. The logic of this argument is simple, yet profound. Resources are scarce and all have alternative uses. Any time we consume any good, it comes as an expense to someone. Government does not create, it redistributes. The true costs of the things that government supplies to people may be dispersed or unseen, but they exist as surely as we do.

Since government is not a cornucopia, we must account for costs in production. As Mises proved, markets provide the only basis for calculating the value of capital goods. Private ownership in the means of production leads us to examine and follow the dictates of consumers, as reflected in profit and loss statements.

Thus, private enterprise within the context of the market system serves as the basis for productivity gains that come with social cooperation, capital investment, and the specialization and division of labor. Markets exist in different forms. We may choose between competitive markets and monopolistic or mercantilist markets. However, there really is no alternative to markets in general.

Mises was quite clear about this in his writings on socialism itself. Economic calculation is impossible without markets. So, as long as costs are relevant we must accept the only feasible means to calculate them rationally. Socialist writers have at times denied the relevance of costs. As Mises noted, Keynes's alleged general theory is an abundance theory, where we 'turn stones into bread.' This is an entirely fair assessment of Keynes's beliefs, as he himself stated before even writing The General Theory:

A devout follower of his, John Kenneth Galbraith, applied this "reasoning" to the Soviet Union as well:

On the economic front, for the first time in its history the Soviet leadership was able to pursue successfully a policy of guns and butter as well as growth. . . . The Soviet citizen-worker, peasant, and professional has become accustomed in the Brezhnev period to an uninterrupted upward trend in his well-being.1

This reference to guns and butter has a precise meaning. Economists refer to tradeoffs between "guns and butter" as a necessity that the niggardliness of nature forces upon us. Scarcity forces us to choose, and it is choice that defines cost. As James Buchanan stated so clearly in his book Cost and Choice the true cost of any chosen alternative is that which we would have taken in its place. Cost is inconceivable when no alternative exists. In any instance when we have but one alternative, we give up nothing in choosing it. Therefore, there is no cost.

The logic of these arguments has great force. But when taken together they are self-defeating in principle, and lead to a puzzling absurdity in practice. The latter arguments prove that private property and enterprise, and the market system are indispensable means for bettering the human condition.

Without markets, civilization collapses. This is an alternative. However, it is not a realistic one. Clearly, each individual is better off with market order than with utter chaos.

As Sanford Ikeda has noted, any predictions that interventionism would in practice lead to socialism and calculational chaos has failed. 1. The consequences of socialism are so dire that even the early Soviet leadership abandoned their efforts to impose true socialism after a few years with "War Communism." 2. We have no real alternative to markets, and therefore no choice and no cost in choosing them.

This notion must strike the economically literate as bizarre, but it is true. We might object to this on the grounds that markets, like any other construct, are man made, and therefore entail a real cost. While it is true that markets are a human construct, we must bear in mind that they are, as Hayek put it, the result of human action, but not the result of human design.

Markets and related institutions, like money, emerge as an unintended consequence of the pursuit of self-interest. In his Principles of Economics Carl Menger describes how this process works in the emergence of money. Menger demonstrated that as people trade, they will find it convenient to use the most tradable commodity as a medium of exchange. This then becomes money, without anyone having intended it to be so. By this time, markets have already emerged, not as a result of any grand vision for society, but instead as a result of people recognizing and acting upon mutual gains from trade. With the institutions of markets and money in place, progress in bettering the human condition ensues.

What is the cost of this? As Buchanan notes, costs exist only in the minds of those who choose. Since these institutions emerge not by design, but as an unintended consequence, people do not realize that they are producing these institutions. Since we do not intend to, or even realize that our choices generate these results, there is no conscious choice concerning these results, and therefore no cost. These institutions are a free gift that we unwittingly give to each other as a result of our perceiving selfish opportunities for gain.

We do not consciously choose markets. Proper reflection upon them leads to the conclusion that we have no real alternative to them, and stubborn insistence upon imposing fantastic notions of socialism have invariably ended in dismal failure. Thus by proving the indispensability of markets, we also prove that there exists a free lunch—and a grand one indeed. Markets have enabled both vast population growth worldwide and spectacular increases in living standards in industrialized nations. Without reflection, we have cooperated in constructing a system by which we have improved our lives beyond that which anyone could have imagined in primitive times. Why then are so many so hostile to this spectacular free gift?

Hostility toward the institutions of capitalism is indeed widespread. It pervades academia and the media, as well as much of the general population. All too many of us consciously pursue coercive transfers from government that undermine the market system. Socialists display their contempt for capitalism quite clearly in their rhetoric:

Socialists reject capitalism in favor of a system that can never work. Their desire for a free lunch from government that they can never have leads them to reject the only free lunch they can ever realize. A free lunch sits before them, and they recoil in horror. Why? What causes this absurd reaction to capitalism?

They back up their words with actions as well. Americans elected FDR to "save" America with the New Deal during the Depression. Now Brazilians have elected Lula da Silva to "save" Brazil with socialism. They bore no cost in capitalism's creation, and are fed by it. Yet, they disdain and even fear this free source of sustenance.

The unplanned order of markets is the greatest achievement of mankind. It enables us to prosper. It is the foundation of civilization. It has no real alternative, and emerges spontaneously, so it costs us nothing. Fear and loathing of this self-imposed and unintended gift threatens our well-being, even our very lives.

These irrational and self-destructive tendencies are, in fact, the greatest threat that we all face in the world. The fundamental problem that we face is therefore to find a means of dispelling the false and dangerous beliefs that motivate unfounded fears of that greatest of all gifts — capitalism.