What Information Overload Can Teach Us 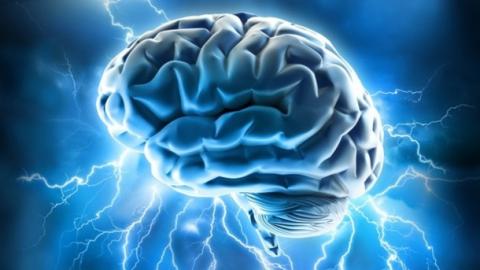 Americans are bombarded with so much information that it is hard not to realize how little we know about all that is going on in the world. This awareness is valuable, because it means we can avoid some major mistakes, triggered by the presumption that we know what is necessary to make certain choices,  when we do not.

However, it also leads to a common mistake--assuming that turning decisions over to political processes and government decision-makers moves them from the hands of the uninformed to those of experts.

In fact, placing decisions in government hands does the opposite. It moves choices from the relevant experts, with incentives to act on that expertise, to those far less informed, with far less incentive and ability to take real expertise into account.

The fact that each of us knows there are vast areas beyond his knowledge makes it easy to understand why so many want to turn decisions over to those more expert. It is the next step--that giving them to politicians and government bureaucrats does the trick--where the difficulty lies. It arises because those aware of their own lack of knowledge in particular areas forget that they aren't the ones who, in market systems, make the choices that are crucially dependent on that knowledge.

Markets do not put power to decide in the hands of the uninformed public, but in the hands of the relevant experts, even when only a handful of people are experts. As Friedrich Hayek emphasized over half a century ago in "The Use of Knowledge in Society," markets are mechanisms that make use of the vastly different and overlapping knowledge of all participants, each "expert" in a different array of circumstances of time and place, even when the vast majority knows nothing at all about them. Specialization coordinated by markets is, in fact, the primary source of advancing civilization.

A useful illustration is the fact that only a handful of people on earth really understand the details of what your particular job in your particular industry and situation involves. But that doesn't mean that markets--people interacting voluntarily--can't get that job done. You do it, because you are more productive in your command of the relevant information than others, i.e., because you are more expert in it than others. That is how markets, which identify and reward those better at accomplishing what others desire, move decisions into the hands of the experts in the relevant information.

In contrast, the questionable expertise of government decision-makers is illustrated by innumerable regulatory hearings into industries and their practices. They become parades of people who express appreciation for the government's solicitude on their behalf, but who then argue that the ideas proposed won't work as planned because they fail to take account of a variety of vitally important issues. The paucity of legislative or regulatory "successes" that have arisen from this process underscores their claims.

This problem goes beyond just knowledge of facts. It extends to insights that come only from intimate familiarity with them, allowing connections unseen by others to be recognized and used for productive purposes. But government overseers do not have that level of understanding.

What insight they have is knowledge rented from others (usually with self-interested stakes in the outcome) who may have some general or statistical expertise, but who know far less about essential aspects than those in the industry who are betting owners' money on being right. Their information is both biased and more limited. And the information politicians ignore exclude in making their decisions (as well as the irrelevant outside political considerations they do take into account) eliminates the wealth it can create.

Further, when politics is to determine results via its experts, one must know in advance who the experts are. That is a daunting problem, given how often alleged experts disagree. Markets, on the other hand, let people reveal who has the relevant expertise, through superior performance, without people having to know in advance who the expert will be.

Competition reveals expertise by who turns out to be right, measured by others' choices with their own money. Political competition, in contrast, reveals expertise in getting reelected by a majority who know little about the issues and whose votes cost them nothing, because they won't change the outcome. And while the advantages of incumbency in politics are often so great as to preclude effective competition from those with other ideas, markets are always open to anyone who wants to offer an alternative to the status quo. No "market power" can continue to prevail against customer-preferred options, once they are discovered, as illustrated by the long list of supposedly dominant firms that are no more, but that is not nearly as true of those with political power.

Information also must be brought together in one person or body when centralized decision-making is used, as in politics, but market coordination does not require such centralization--people can interact using the unique and dispersed bits of information they have, without having to articulate the precise reason why something should or should not be done--they just reveal the crucial information (e.g., how much something is worth to them in their current situation) without providing all the reasons we generally don't care to know anyway.

As Thomas Sowell, in Basic Economics, described the essential distinction, producers in markets get instructions from their customers' decisions, funneling the relevant information but not the unnecessary details to those with an incentive to act on it; governments and bureaucrats, who do not have all that information, dictate to others from their necessarily inadequate information.

The general expertise they or their advisors may have does not compensate for their lack of knowledge of the details, where the devil and the crucial incentive issues typically lurk. And they are, in turn, selected by those almost entirely ignorant of the relevant issues, instead of by those whose preferences and incentives determine them, as in markets.

Knowledge is the source of wealth. It is why we are so much richer than in the past, despite a virtually identical endowment of atoms as centuries ago-we know more about how to rearrange them to make them more valuable with regard to form, location, and ownership. Any social mechanism that throws away information that allows us to increase that wealth, such as turning issues over to political or government determination, with what Hayek called its pretense of knowledge, makes us poorer.

In a world of unavoidable scarcity, you would not choose to turn over decisions in what you are expert in to those less expert. Does it make any more sense to do that with the vast array of expertise held by different individuals throughout the economy?  Not when, as Hayek also observed, "The more men know, the smaller the share of knowledge becomes that any one mind [the planner's mind included] can absorb. The more civilized we become, the more relatively ignorant must each individual be of the facts on which the working of civilization depends."