GET NEWS AND ARTICLES IN YOUR INBOXPrint
A
A
Home | Mises Library | What Do Austrians Mean by "Rational"?

What Do Austrians Mean by "Rational"? 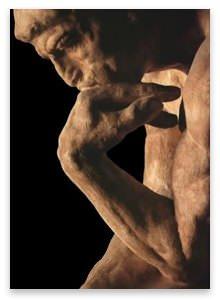 If human action always aims at a purpose, which by definition it does, then human action must be rational, that is, consistent with reason or guided by one's will and intellect. It can never be termed irrational.

In making this point, Mises in Human Action (p. 19) writes "Human action is necessarily always rational. The term 'rational action' is therefore pleonastic and must be rejected as such. When applied to the ultimate ends of action, the terms rational and irrational are inappropriate and meaningless. The ultimate end of action is always the satisfaction of some desires of the acting man."

Seemingly irrational action is rational, that is, has an aim. To appraise it as irrational, the appraiser merely imposes some other external source of value. Mises writes (p. 104): "However one twists things, one will never succeed in formulating the notion of 'irrational' action whose 'irrationality' is not founded upon an arbitrary judgment of value."

Nor does irrationality characterize the means selected to achieve ends. Erroneous judgments that involve badly chosen means are not irrational in Mises' analysis: "When applied to the means chosen for the attainment of ends, the terms rational and irrational imply a judgment about the expediency and adequacy of the procedure employed … It is a fact that human reason is not infallible and that man very often errs in selecting and applying means. An action unsuited to the end sought falls short of expectation. It is contrary to purpose, but it is rational, i.e., the outcome of a reasonable — although faulty — deliberation and an attempt — although an ineffectual attempt — to attain a definite goal."

What then is irrationality? According to Mises, irrationality is not the opposite of action or purposeful behavior, that is, it is not willed behavior without a purpose. All willed behavior has a purpose. Irrational behavior is behavior induced by response to stimuli, behavior that lies beyond the control of a person's will or volition. Furthermore, Mises uses the term "irrational" to describe facts or situations that lie beyond reason (p. 21): "The ultimate given may be called an irrational fact."

In a section on instincts and impulses (p. 15), Mises deals with a significant challenge to the theory of human action. It is the idea that man's choices are "driven by various innate instincts and dispositions." In this view, purpose, value, cost, conflicting means, limited resources, and preference are either absent or play a distinctly secondary role.

Mises has several responses. His first answer is that the ultimate sources of ends, even if influenced by instinct, emotion, and impulse, are not the subject matter of praxeology. Ends are not analyzed in the logic of action unless they become means to further ends. Next he asserts: "He who acts under an emotional impulse also acts." His valuations and assessments of means and ends may be affected by emotion, but he still acts, that is, he is still affected by some considerations of cost and benefit. Even actions dominated by the passions have their limits.

This response amounts to observing that ordinarily demand curves are not completely inelastic or vertical: demand responds to price. Mises goes on to say that there is no absolutely irresistible impulse. If and when it appears that one selects a course of action at all costs, one still is choosing "in favor of yielding to the desire concerned." He suggests that paying the cost later in time is often involved, that is, time preference influences the decision.

Finally, in an eloquent passage, Mises affirms: "What distinguishes man from beasts is precisely that he adjusts his behavior deliberatively. Man is the being that has inhibitions, that can master his impulses and desires, that has the power to suppress instinctive desires and impulses."

In modern-day behavioral economics and finance, which are actually fields of research in psychology, there is a challenge that is quite similar to instinct, emotion, and impulse. It is that man possesses various demonstrable defects in his cognitive and decision-making capacities that influence his choices and may bias them away from achieving his aims. The thrust of the findings is that, in certain types of decisions, man's selection of means to achieve his chosen aims are hampered by built-in deficiencies of thought. In essence, man has biased decision-making impulses. (The research has much less to say about how important these problems are or how learning can overcome them.)

How then do such findings square with praxeology? Assuming they are valid and reliable, they challenge some popular economic theories that restrict the domain of an actor's choice to stipulated sorts of choices governed by so-called axioms of rationality.

However, they pose no challenge whatever to praxeology which, as we have seen, countenances error in the selection of means to achieve ends and logically views all human action as rational. The main point of difference is that praxeology does not term the findings as irrational or interpret them as indicating irrational human action. Not only does the praxeological position avoid confusion, it also, as we shall see, undercuts any case for state intervention to remedy irrationality.

In general, the interpretations of the findings in most of the research are infected by the methodological defects of economics and finance. Researchers have preconceptions of what is rational or what constitutes rationality. Human beings are not viewed as necessarily rational because they act and choose as they will. Researchers view human beings as rational only if they obey certain axioms or models of the researchers. This implies that researchers almost surely will uncover irrationality because human behavior rarely coincides with a model.

Furthermore, since researchers have competing models, there will be competing notions of what the irrationalities are. Much of this confusion stems from the ruling positivist orthodoxy with its emphasis on empirically testing models that rule out certain behaviors that praxeology acknowledges can exist. (See Long [ PDF].) All of it confirms what Mises wrote, that one cannot term an action as irrational without imposing an external and arbitrary standard of value.

In a variation on these themes, Caplan gives us a model of rational irrationality in which the actor consumes the irrationality in a rational way. After defining irrationality as the deviation of the agent's expectations from rational expectations (his standard of value), he suggests that the agent who gains something from an irrational belief knowingly trades off that gain against its cost. For example, one may embrace astrology and overestimate its powers of prediction, thereby incurring a cost of greater prediction error. He then says "On some level, the agent does form rational estimates of the attendant consequences of self-deception." Caplan tells us that "irrationality is a good like any other." This part of Caplan's approach is straightforward and compatible with praxeology. There are possible psychic benefits of some false, erroneous, or mistaken beliefs that rationally trade off against wealth or other goods. Such a statement is logically within the bounds of praxeology. Given that these beliefs are goods and are the objects of human action, they are, however, not irrational in the praxeological sense.

Irrationality does not logically arise within the logic of human action. If anything, it logically arises outside its bounds. Irrationality is not a fundamental, that is, a logical part of the Caplan theory. It does not arise from within the model or theory itself in a logical way. Rather, it functions only as a definitional term to describe a category of goods. In this sense, his model has little to say about irrationality that is meaningful to praxeologists whatever its uses are to neoclassical economists.

The State versus Irrationality

It is apparent that statists and statist-researchers will jump on and exploit any research finding, half-baked or not, or on any ideas, in or out of context, correct or wrong, that (even superficially) seem to support their agenda of less free markets and more government. The recent discovery (or at least documentation) by behavioral economists that people might actually make systematic errors (hardly a surprise) provide fresh fuel for the statist bonfire. The fuel in this case is the cry of irrationality. Academic papers are flowing that seize upon the findings to demand paternalistic government actions (see, for example, Cunningham). Fortunately, other papers from more freedom-oriented researchers provide arguments against such state actions (see Klick and Mitchell ).

Praxeology is critical to this debate. Once again, economists and statists are completely unable to show that human behavior is irrational. All they can do is argue that certain postulates that they favor are not obeyed by all human beings at all times in practice. There is no logical foundation to the case for human irrationality. It is entirely a question of the invalid interpretation of empirical findings using imported standards of value.

By neither science, nor by their postulates, nor ethically do statists or statist economists have a privileged status that justifies the use of power over others. If they have such a good scientific case for masses of human beings consistently and persistently shooting themselves in their feet, let them make it through education. Let them persuade the great unwashed to change their ways. If they see the light that the masses don't, let them spread the light peacefully. Let us see this intellectual elite make a great deal of money exploiting the so-called irrationalities in markets. Let them become speculators, not salaried employees of the taxpayer. Let them capitalize on their knowledge via education, not coercion.

Praxeology tells us that human action is rational. The case being made for state action to remedy so-called irrationalities discovered by researchers in behavioral economics and finance has no logical justification.

More can be said that goes beyond the illogic of the scientific-behavioral case for state intervention and goes to the illogical leap that maps the research findings into calls for state action. All of us make enough errors as it is without making the very great error of turning over critical aspects of our lives to intellectual or political elites who, if we were to examine their personal lives, we would find lack any claim for being superior beings who deserve to control us.

I can think of nothing more absurd than the notion that the members of a political system, whether elected, engaged as bureaucrats, or otherwise able to hold power, can alleviate or cure the human race of whatever limitations it might possess. For if we have defects, so do they. And the possession of power is likely to magnify whatever defects they have and nurture more. The institutional apparatus of government is always less responsive and less accountable to human needs and desires than free markets.