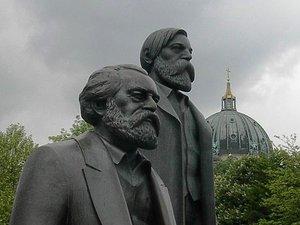 [From A Theory of Socialism and Capitalism, first published in 1989, shortly before the fall of the Berlin Wall.]

The case of West and East Germany is particularly instructive. Here, history provides us with an example that comes as close to that of a controlled social experiment as one could probably hope to get. A quite homogeneous population, with very much the same history, culture, character structure, work ethics, divided after Hitler-Germany’s defeat in World War II.

In West Germany, more because of lucky circumstances than the pressure of public opinion, a remarkably free market economy was adopted, the previous system of all-around price controls abolished in one stroke, and almost complete freedom of movement, trade, and occupation introduced. In East Germany, on the other hand, under Soviet Russian dominance, socialization of the means of production, i.e., an expropriation of the previous private owners, was implemented. Two different institutional frameworks, two different incentive structures have thus been applied to the same population. The difference in the results is impressive. While both countries do well in their respective blocs, West Germany has the highest standard of living among the major West-European nations and East Germany prides itself in being the most well-off country in the East bloc.

The standard of living in the West is so much higher and has become relatively more so over time, that despite the transfer of considerable amounts of money from West to East by government as well as private citizens and increasingly socialist policies in the West, the visitor going from West to East is simply stunned as he enters an almost completely different, impoverished world. As a matter of fact, while all of the East-European countries are plagued by the emigration problem of people wanting to leave for the more prosperous capitalist West with its increased opportunities, and while they all have gradually established tighter border controls, thus turning these countries into sort of gigantic prisoner camps in order to prevent this outflow, the case of Germany is a most striking one. With language differences, traditionally the most severe natural barrier for emigrants, nonexistent, the difference in living standards between the two Germanys proved to be so great and emigration from East to West took on such proportions, that in 1961 the socialist regime in East Germany, in a last desperate step, finally had to close its borders to the West completely. To keep the population in, it had to build a system the likes of which the world had never seen of walls, barbed wire, electrified fences, mine fields, automatic shooting devices, watchtowers, etc., almost 900 miles long, for the sole purpose of preventing its people from running away from the consequences of Russian-type socialism.

Besides exemplifying the main point, the case of the two Germanys, because of its experimental-like character, proves particularly helpful in illustrating the truth of the rest of the theoretically derived conclusions. Looking at comparable social positions, almost nowhere in West Germany will one find people working as little, as slowly, or as negligently (while the working hours, higher in the East, are of course regulated!) as their East German counterparts. Not, to be sure, because of any alleged differences in mentality or work ethics, as those are very much the same historically, but because the incentive to work is considerably reduced by a policy scheme that effectively closes all or most outlets for private investment. Effective work in East Germany is most likely to be found in the underground economy. And in response to the various disincentives to work, and in particular to work in the “officially” controlled economy, there is also a tendency among East Germans to withdraw from public life and to stress the importance of privacy, the family, relatives, and personal friends and connections, significantly exceeding what is seen in the West.

There is also ample evidence of misallocation, just as the theory would lead one to expect. While the phenomenon of productive factors that are not used (at least not continuously) but are simply inactive because complementary factors are lacking can of course be observed in the West, in the East (and again, in the German case certainly not because of differences in organizational talents) it is observed everywhere as a permanent feature of life. And while it is normally quite difficult in the West, and requires special entrepreneurial talent to point out changes in the use of certain means of production that would result in an overall improvement in the output of consumer goods, this is relatively easy in the East-bloc countries. Almost everyone working in East Germany knows many ways to put the means of production to more urgent uses than ones that are currently being used, where they are evidently wasted and cause shortages of other, more heavily demanded goods. But since they are not able to bid them away and must instead go through tedious political procedures to initiate any changes, nothing much can be or indeed is done.

Experience also corroborates what has been said about the other side of the coin: the overutilization of publicly owned means of production. In West Germany such public goods also exist, and as would be expected, they are in relatively bad shape. But in East Germany, and no differently or in fact even worse in the other Soviet-dominated countries, where all factors of production are socially owned, insufficiently maintained, deteriorating, unrepaired, rusting, even simply vandalized production factors, machinery, and buildings are truly rampant. Further, the ecology crisis is much more dramatic in the East, in spite of the relatively underdeveloped state of the general economy, than in the West — and all this is not, as the case of Germany proves clearly enough, because there are differences in people’s “natural” inclination to care and to be careful.

Finally, as regards the theoretically predicted changes in the social and personality structure, complaints about superiors are, of course, quite a common phenomenon everywhere. But in the countries of Russian-type socialism, where the assignment of positions in the hierarchy of caretakers is and must be entirely a political affair, such complaints about downright incompetent, unqualified, and ridiculous superiors are, even if not more loudly voiced, most frequent, most severe, and best-founded, and decent people are most often driven to despair or cynicism as a consequence. And since a few people from East Germany still go to West Germany at an age where they are still members of the labor force, some as escapees but more frequently because a sort of ransom has been paid for them, sufficient material also exists to illustrate the conclusion that in the long run a socialized economy will reduce people’s productive capacities. Among those going to the West there is a significant number who led quite normal productive lives in the East but who, despite the absence of any linguistic and cultural barriers, prove to be incapable of, or have the greatest difficulties, adapting to Western society with its increased demand for productive and competitive skills and spirits.