GET NEWS AND ARTICLES IN YOUR INBOXPrint
A
A
Home | Mises Library | What Brought Down Enron?

What Brought Down Enron? 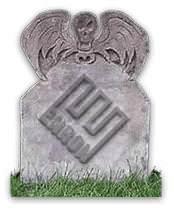 I write these words while driving away from an interdisciplinary business conference that my colleagues and I attended this past week. One might think that business professors might have a handle on what happened with the collapse of the Enron Corporation and the implosion of other firms whose failures, while not as spectacular as the former Houston energy giant, seem to be part of a pattern of bogus accounting practices and huge conflicts of interest.

Thus, I sat through sessions in which presenters looked at Enron balance sheets, stock prices, and other financial indicators. I found out about the symbiotic relationship between Enron and Arthur Andersen, which met its demise in the wake of Enron’s breakdown. In the end, I was told that the whole thing could be chalked up to a sudden wave of greed and lack of government regulation.  To put it another way, I learned absolutely nothing. The blind were leading the blind.

In the first chapter of his classic Principles of Economics, Carl Menger writes, “All things are subject to the law of cause and effect.” His words are simple and profound, and clearly were ignored at this conference--and about anywhere else where individuals are discussing the Enron case. We are supposed to believe that all of a sudden, the decision makers at Enron and elsewhere became greedy and decided to engage in massive fraud.  It just happened, period.

An alternative explanation seems to be that as soon as George W. Bush ascended to the presidency, companies no longer feared regulators, so everyone became sloppy in their accounting processes and things went downhill from there. Like all other tripe that issues forth from the political classes, this explanation should be accompanied with the offer of the sale of the Brooklyn Bridge, especially since a number of the accounting violations were occurring when someone else was in the White House.

The typical explanation defies belief. If we are supposed to assume that a lack of regulations or failure to enforce regulations on the books as the cause for these business crashes, then we have a major problem explaining why companies would engage in practices outside the realm of the regulatory boundaries when failure to obey the laws would result in their own demise. To put it another way, why would companies knowingly commit suicide?

Another explanation, as put forth recently by Paul Krugman in his New York Times column, is that a number of businesses, especially in high-technology areas, engaged in overinvestment (Krugman’s term). Why did these companies commit such errors? Krugman and others assume that they just did, period. Perhaps it was the presence of “animal spirits” as put forth by John Maynard Keynes, or maybe capitalists are stupid.

In other words, we are dealing with sheer cluelessness on behalf of the people who are supposed to have answers for these things. Instead, the answers we receive from the academics are not answers at all, in that, at best, they deal only with effects or, at worst, reverse the pattern of cause and effect. To put it another way, the people who are supposed to know the answers don’t even know what questions they should pursue.

During the sessions that I attended, not once did anyone mention the policies of the Federal Reserve System during the 1990s. Like Al Gore, who declares that we had a booming economy in 1998 and 1999 because his government raised income taxes in 1993, the people with the “answers” have no way of linking monetary policies to the performance of the economy, especially when it applies to the huge capital investments in the high technology and telecommunications sectors. Instead, we hear things like “broadband was overbuilt because it is easy to overbuild.” That is not an explanation, for it does not tell why business decision makers chose to build in the amounts they did. (In fact, when economists give such explanations, they undercut their own arguments given in typical microeconomics texts that firms facing “downward sloping demand curves” always hold back supplies in order to support their monopoly prices. Gee, what is it, do firms “overinvest” and increase supply, or do they hold back supply? It cannot be both, but that is what they are telling us.)

Furthermore, one of the “positive” developments as given by one presenter was that we are likely to return to a 1930s regime of regulation. As I reminded those present, the 1930s was the time of the Great Depression, which was created and sustained by both the Federal Reserve and regulatory and tax regimes of the Hoover and Roosevelt administrations. Unless we want to lose our jobs and incomes, we really should not be championing the cause of the New Deal.

Yet, there it was. Capitalist greed caused the Enron collapse, and only the ubiquitous presence of the state can save us. And this came from the business professors; I can only imagine what they are saying in liberal arts.

In attempting to explain at least a portion of the Austrian business cycle theory to those present, I reminded them that individuals always have been greedy. Furthermore, I also reminded them that regulatory regimes almost always create perverse incentives, and that the tax law changes created by Congress a decade ago that sought to limit executive salaries created incentives for “creative financing” of pay and perks for CEOs.  I pointed out that Congress has no business involving itself in what executives receive for compensation, especially when the government is trying to say that the head of a major corporation should be paid less than a kid who just finished high school and signs a contract with the National Basketball Association.

Finally, we heard that we had a sudden crisis of ethics in the business world. No, we had a regulatory and monetary regime straight from Washington that all but guaranteed that firms that tried to be honest about their financial conditions would find themselves swamped by lawsuits from angry shareholders demanding to know why those firms were not doing everything they could to prop up their stock prices. Massive monetary creation as practiced by the Fed during the 1990s has a way of creating illusory profits and stock price bubbles.

As I left the conference, it occurred to me that no one had connected the dots. Instead, they were championing government practices that are sure to bring down the U.S. economy, prevent recovery, and expand the state. It would have been encouraging to me had someone there figured out how to put the puzzle together, but from what I can tell, the people who teach business are no more informed about what really happened at Enron than the typical demagogue who occupies a seat in Congress.