GET NEWS AND ARTICLES IN YOUR INBOXPrint
A
A
Home | Mises Library | What Are You Calling Failure?

What Are You Calling Failure? 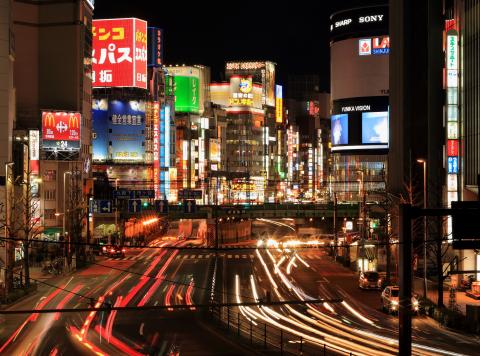 A common rejoinder to the program of laissez-faire is that market failures require government intervention. Just what does market failure mean, and how can such claims for or against it be evaluated?

A well-accepted definition of market failure is “a case in which a market fails to efficiently provide or allocate goods and services” in comparison to some ideal standard, such as the perfect competition model. This definition is applied and “market failure” has been demonstrated by many economists in the particular cases of external economies, network effects, asymmetrical information, principal-agent relations, etc. What is objected to here is not that the free market has flaws, but that the term “market failure” is a persuasive definition (see How to Think Straight, para 5.47), seeming to say more than it really does by improperly applying the emotive word failure.

Failure, generally speaking, occurs when actions do not result in their intended consequence. A pole-vaulter fails when he does not clear the bar. An engineer fails when his design is not sound. But, what of an institution? What does it mean for a government or business or market, to fail?

Governments are organizations that have stated goals, such as establishing justice and insuring domestic tranquility. When, despite their actions, these organizations do not establish justice, or insure domestic tranquility, then they have failed. Governments both succeed and fail in their endeavors, as we would expect of an institution composed of men. A business, considered as an economic institution, is that type of entity, whose primary goal is to turn a profit. When a business, despite its efforts, does not turn a profit, it fails.

Failure of an institution can be either intermittent or chronic. When a business fails chronically, its owners typically dissolve it or it is forced into bankruptcy. This dissolution is properly called “business failure”, even though it implies a whole string of failures. When a government chronically fails to meets stated goals, such a condition is properly termed “government failure”.

A market, though a social institution, is not a consolidated phenomenon. The market has no written constitution, no membership list. It is, in Adam Smith’s memorable phrase, the simple system of natural liberty. What actors seek on a market varies from person to person. That a price seems high to a buyer, or seems low to a seller, is a subjective preference. A market, not being a monolithic institution, does not have a single set of goals against which one can compare its performance. We must dig deeper.

The subjective nature of goods and the entrepreneurial nature of human action must inform our understanding of the term market failure. It will not do to claim that cars are generally not safe enough, or that electricity rates are too high, or that the stock of influenza vaccines is too low. The appropriate level of safety for a car, the “right” price for electricity, and the proper stock of vaccines, are subjective matters. Even if when we agree, for instance, that the stock of vaccines is too low, questions can arise whether such is a case of intermittent or chronic failure, the latter being the most important for economic analysis.

Market failure, if the term is to mean anything useful, must mean that there are fundamental defects in the nature of human ability to achieve certain goods through voluntary, as opposed to coercive, institutions. With this definition, the case for market failure is synonymous with the case for government intervention. This definition allows us to shift the focus of our inquiry to where it should be: institutional analysis.

A gap exists in many treatments. If a deficiency in the free market against some standard is noted, then there exists the possibility that government intervention could improve things. But, there are three major difficulties that one must confront in moving from market imperfections to market failure.

Firstly, governments are monopolies and (generally speaking) businesses are not. So, if the government chronically fails to reduce the number of people suffering in poverty or some other good, this is properly called government failure. However, if a particular business fails, this is not market failure. Even if a whole segment of businesses employing a particular business model fail, this is not market failure. In both cases, only the business model has been shown to fail.

Just because a particular business model has been demonstrated not to be profitable in supplying a particular good, does not mean that there is no business model which could profitably do so. If a single business model is proposed which has not been tried in the real world, especially if it can reasonably be shown to be sound, then the question of market failure remains open in a very real sense.

There are two related logical misdemeanors committed by claimants for market failure. One is to blithely assume that any successful business model, were it to exist, would have or has been tried. The other is to assume that government action in the past was the best possible response to the problem at hand. Both of these errors are ironic, since they both impute error-free action to entrepreneurs in the wide sense—a charge that is inaccurately leveled at the advocates of laissez-faire. It is well known that entrepreneurs have come onto the scene time and again using hitherto untried business models.

Secondly, and more importantly, one must fully come to grips with the doctrine of subjective value. There is no general case to be made for preferring a certain quantity of one good over another. For the stock of vaccines to be higher, some other good must be sacrificed. Every government program imposes costs on some and benefits on others. One must, in the end, make a moral argument that supports the rectitude of imposing such costs on some for the benefit of the others.

For the very rare case where it is claimed that there is a net benefit to all which can only be obtained through a coercive institution, we must be explicit about the consequentialist or utilitarian ethics being applied, but also tread carefully, since subjective value informs us that all manner of costs often escape notice.

Thirdly, one must examine reality and the long run. One must demonstrate that the internal institutional structures of voluntary versus coercive systems will self-regulate and evolve over time to maintain the advantage for the latter. Once the public case is made for intervention, what regulatory body will be put in place and how does it differ from the ideal intervention?

Will the regulatory body actually act in the public interest, or in its own interest, à la Public Choice theory, or in the interests of the regulated, à la capture theory? If there exists a solid case for government intervention today, will the objective factors upon which it rests change? They almost certainly will. When the case for intervention is no longer strong, or has a completely different structure, will the regulatory apparatus adapt appropriately, or go quietly into the night, or will it instead fight tooth and nail for the status quo and its legitimacy? The costs of such a future unjustified regulatory apparatus must be captured in the calculus.