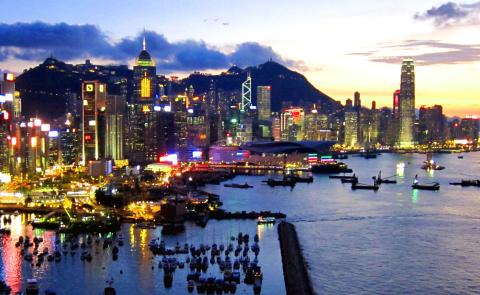 With the official acceptance of China into the World Trade Organization this past Saturday, the world's most populated country takes yet another step on the path toward capitalism and away from a centrally planned economy.

As America's economy continues to struggle in response to Federal Reserve policy during the 1990s, and as regulators are given free reign during wartime, China could be  poised to overtake the U.S. as the world's leading economic superpower within the next ten to twenty years. Indeed, the rapid economic growth of the Chinese economy since reform began in the late '70s can prove to be an important lesson for all countries.

While the WTO is a flawed organization that in no way represents "free trade," China's willingness to accept its requirements to abolish tariffs restrictions and provide a more friendly foreign investment atmosphere demonstrates a marked shift in the thinking of the Communist Party. Indeed, just this summer the Chinese Communist Party (CCP) opened its membership to capitalists, a move that angered those who still cling to the socialist model as outlined by Mao Zedung.

Despite all the improvement China has shown, many observers still view the country to be a backward, totalitarian nation. In many ways, this opinion is well deserved. In terms of free political expression and state indoctrination, China resembles the world of George Orwell's 1984. In the area of economic reform and growth, however, China is in the midst of an economic boom that will continue if the government stays the course of increased economic freedom.

To be sure, China's economic record over the past two decades is nothing short of remarkable. Its foreign trade has increased almost 15 percent per year since 1978, becoming the ninth largest exporting country in the world by 1996. While total exports and imports totaled $20.64 billion in 1978, that number increased to $135.7 billion by 1991. Its GDP growth rate between 1978 and 1994 averaged over 9 percent.

During this same time period, the per capita annual income of rural residents skyrocketed from 133.57 yuan to 1,220.98 yuan.  While more than 260 million persons lived below the China's poverty level in 1978, by 1994, that number had dropped to less than 80 million. At the same time, the per capita consumption of China's urban inhabitants rose from 405 yuan to 3,956 yuan.

These dramatic economic improvements were brought about by a complete overhaul of China's economy. By allowing the market mechanism to increasingly replace functions previously carried out by government central planning, those in the private sector have been able to capitalize on better access to the knowledge that prices and profits provide.

With the death of Mao Zedong in 1976 and the political ascension of Deng Xiaoping in 1977, the Chinese government embarked on deregulation that first began with a de-collectivization of the farming sector. After proving successful, more economic reforms followed at an increasing rate. Between 1984 and 1988, regulations pertaining to the banking sector, credit management, and private enterprise development were liberalized.

Perhaps most important, by 1992, more than 90 percent of retail sales, 80 percent of producers'-goods sales, and 85 percent of the sales of agricultural products occurred at market-determined prices. Considering that during the early 1960s, the State Price Commission and similar pricing bureaus created nearly all prices in the People's Republic of China, the fact that market forces now determine prices in many sectors shows remarkable improvement.

Currently, government leaders in China have begun an even more aggressive liberalization of the economy. Almost daily, the state-run English-language newspaper, The China Daily, reports on further deregulation of the business sector. While some improvements are requisites to joining the WTO, many are a result of internal pressure from China's countless entrepreneurs and businessmen. Increasingly, they are the engine behind the countries growth and political restructuring.

There is, however, much work that still needs to be done. For foreign firms attempting to gain access to a market of over 1.2 billion people, there is a Byzantine maze of rules, laws, and regulations. In many cases, regulations are confusing or conflict with one another, leaving government officials in a position to divine the intent of the regulation--a scenario not unfamiliar to business owners in America.   Fortunately, many of these will be eliminated or streamlined in order to comply with WTO membership.

At a recent luncheon with MBA students at Renmin University in Beijing, I was struck by the optimism and hope that they have for increased openness in trade and technology. These young men and women represent the new driving force in China. Phrases such as "class struggle" and "capitalist imperialism" have little meaning to them, beyond references to a period of great tragedy and suffering in their history.

While many left-wing elites in the United States--college professors, anti-trade activists and entertainers--condemn the evils of global capitalism and the WTO, the people of China realize that it is through the market economy and its accompanying freedoms that real gains and benefits will come to the Chinese people. As the barriers to economic freedom are destroyed, the energy and potential of China will be unleashed. Both the Chinese people and the world's population will be better off for it.