The Water Wizards of Oz 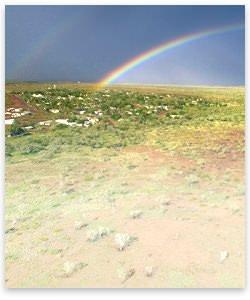 It is near impossible to imagine any private company not enjoying the "problem" of high demand for its products and services. Yet there are some products that are repeatedly reported as shortages. There is one thing these products have in common: government intervention, typically in the form of price controls.

This is especially the case with water in Melbourne, Australia, and has been for at least a decade. While supply of water is in many ways a complex issue, understanding economic shortages is not.

The government has blamed the shortage of water on drought and climate change. And while droughts may be created by a shortage of water, water shortages are created by an abundance of government rein. Despite almost yearly decreases in water storages in Melbourne (see figure 1), real prices have not increased significantly. And currently the "Essential Services Commission" will be setting prices for the next five-year period. This means, regardless of supply or any number of variables and uncertainty, (real) prices will remain roughly the same for five years. In other words, expect continued shortages.

Instead of economical pricing there is political pricing, where pressure groups and special interests are given "rights" to use water during droughts, and at subsidized pricing. Businesses are able to use water for irrigation in the name of boosting GDP, while individuals are asked (or forced) to consume less and less. Government as the friend of the little guy is simply a myth.

Of course one may argue that water is a scarce resource, and, therefore, naturally there may be shortages. Yet all resources are scarce; water is no different from wheat or copper in this respect. Shortages do not exist in a free market because of the price system, including the profit-and-loss mechanism.

But if Coles were "managed" by government, and experienced a decrease in the supply of Vegemite (due to a lower supply of yeast extract for whatever reason), we can imagine "solutions" that might be offered: maybe Vegemite will only be offered on certain days of the week, or to those with last names between A–M, or to certain age groups, or only to individuals with red hair; or maybe customers can only purchase one jar at a time and must make it last for six months before their next purchase.

Perhaps you might think I'm exaggerating. A look at the Australian government's attempts to combat a water shortage should change your mind. Here are some of the (current) restrictions:

In addition, rebates are currently offered to customers who consume less water. Imagine a private company like McDonald's telling its customers to buy fewer Big Macs — and offering to pay them for it! Now imagine McDonald's spending money on an advertising campaign to convince everyone to consume fewer Big Macs. How about sending you a free packet as a promotion on how to consume less?

This is, in essence, what the government is doing. You can even receive a free four-minute timer to make sure showers conserve water. The government is wasting tax dollars on all of these activities.

What about penalties and enforcement? There will be "water patrols … out in force across Melbourne." After a warning and continued disobedience to the government's water restrictions, your water supply may be restricted or you can face prosecution. Could McDonald's prosecute you for consuming more and more of its Big Macs?

"While supply of water is in many ways a complex issue, understanding economic shortages is not."

It is because of this economic nonsense that higher prices may be welcomed. Higher prices? Are higher prices a good thing? Well, yes: in a free market they can be very good. Higher market prices mean supply and competition will increase, and (natural) rationing will be encouraged. It is important to remember that demand for a product occurs at a specific price. To understand why higher prices are a good thing requires moving beyond stage-one thinking: it requires looking at the unseen. Higher prices are a good thing for producers and suppliers of a good. It encourages them to supply more of the good, and to look at further investment in order to supply the good in the future. It allows the market to clear.

Since prices act as signals, akin to road signs that orient a driver, entrepreneurs will respond to high prices and innovate in finding alternative sources of water, or by transporting water over longer distances. Labor and capital will be diverted into a search for more water, or more innovation in conserving and reusing existing water. But these are up to entrepreneurs who innovate with technological recipes. Eventually, once supply has increased to meet demand, competition (or the threat of competition) will then lead to lower prices.

It is not only water shortages that are caused by government monopolies but other social problems, too, including most activities government is involved in. Murray Rothbard wrote the following regarding this totalitarian behavior:

Is there traffic congestion? Ban all cars! Water shortage? Drink less water! Postal deficit? Cut mail deliveries to one a day! Crime in urban areas? Impose curfews! No private supplier could long stay in business if he thus reacted to the wishes of customers. But when government is the supplier, instead of being guided by what the customer wants, it directs him to do with less or do without. While the motto of private enterprise is "the customer is always right," the slogan of government is "the public be damned!"

But can the solution really be so simple as letting the price rise? There are two things that need to be done: (1) let the price fluctuate freely, and (2) eventually privatize the supply of water. Murray Rothbard explained:

If the government wants to conserve water and lessen its use, all it need do is raise the price. It doesn't have to order an end to this or that use, set priorities, or decide who should be allowed to drink more than three glasses a day. All it has to do is clear the market, and let people conserve each in his own way and at his own pace.

In the longer run, what the government should do is privatize the water supply, and let water be supplied, like oil or Pepsi-Cola [or Vegemite and Big Macs], by private firms trying to make a profit and to satisfy and court consumers, and not to gain power by making them suffer. 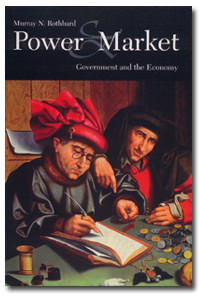 In a free market, no shortages would exist. In fact, it is very unlikely any of the earth's resources would be used up. This is because the (futures) price would rise almost to infinity as supply decreased, which (again) would encourage higher prices, lower consumption, a natural rationing, innovation and competition, and an increase in the availability of substitutes.

Government control of the water supply (or of any resource) and the use of price controls will inevitably lead to shortages. Yet that is not the only concern for Austrolibertarians: government control also leads to a loss of liberty, as demonstrated in restrictions, enforcement, and penalties enacted by government. In order to eliminate a water shortage the solution is simple: let government rein fall.