GET NEWS AND ARTICLES IN YOUR INBOXPrint
A
A
Home | Mises Library | Water Shortage? 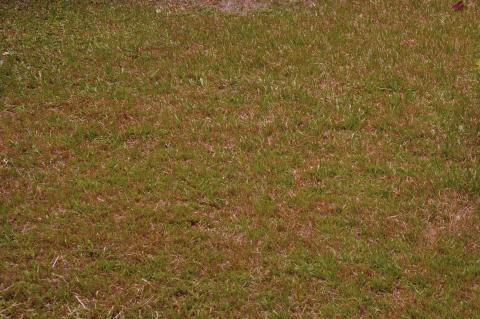 So it's come to this: using water in Birmingham, Alabama, and surrounding suburbs, is a crime, punishable by a $200 fine and up to 180 days in jail. The same system of rationing is appearing in many other parts of the country.

Jail time for watering your yard? With a little digging, I could surely find hundreds of people convicted within the past 6 months of truly heinous, anti-social activity like assault, robbery, sex crimes, theft, etc. who served no jail time whatsoever.

This type of police state, command and control 'solution' to the recent lack of rainfall in Alabama not only represents an unwarranted violation of individual liberty, it has two overwhelming drawbacks: (1) it rips apart the social fabric of the community, and (2) it is unforgivably inefficient public policy.

On point (1), the Birmingham News has printed stories about people being snitched on, cursed at, or otherwise abused for their supposedly illegal water use, when in fact they had their own private sources of water. One of the funny things about the righteous though is that they seldom, if ever, admit when they are wrong or that their cause is wrong. A single misguided comment can, and frequently does, lead to years of acrimony between neighbors that won't be soothed by next year's abundant rainfall.

Moreover, who among us enjoys having other people make judgments about how we live our lives? Are those who so willingly and easily cast stones at others about their water use willing to have others cast stones back at them for other reasons (whether they smoke, the kinds of food they eat, whether they own a gun--the list of government attempts to control our behavior is long and potentially endless)?

But the real point here is not only that this ripping apart of the social fabric is terribly costly, we get precious little in return to justify the cost. Restricting water use by arbitrarily distinguishing between internal and external use constitutes horrendous policy.

It is a serious mistake to think that the water 'shortage' is either a short-term problem or that it is 'caused' by our current drought. In fact, the current water 'shortage' results from a combination of lack of precipitation recently and inefficient local distribution.

But more rainfall won't really solve the problem. The current water shortage is a harbinger of the future, not only in Birmingham, but all over the country; the return of normal rainfall locally only postpones a day of reckoning that approaches inexorably.

The ugly truth is that our more-or-less dependable 'average' amount of precipitation each year eventually will be outstripped by increasing demand caused by population growth, economic growth, and growth in per capita income. The eventual and enduring question that must be faced up to in Alabama, and elsewhere, is who is going to get the water that we have available? This is the more critical and encompassing problem of distribution.

Efficient use of water (or any commodity) requires that it somehow be allocated to those who place the highest value on it. The efficiency of having local bureaucrats declaring what is and is not permissible water use is elusive, at best. Such edicts reflect only what some bureaucrat thinks is appropriate water use; there may be little, if any, connection between the (normally self-serving) opinions of bureaucrats and the values that individuals actually place on their water use.

A case in point was provided in one of the several articles published by the Birmingham News recently. In this story, John David Krantz, the head of the garden department at the WalMart on U.S. 280 lamented that the ban on outdoor watering likely would result in the death of $50,000 worth of plants. The critical question in this case, and hundreds of thousands of other water use decisions like it that are made each day, is whether this outcome is efficient. The answer is a resounding 'NO'.

Suppose we gave Mr. Krantz the choice of watching his plants die or paying $10,000 for the water needed to keep them alive. It seems at least reasonable to suggest that he would have been willing to pay $10,000 to save $50,000 worth of plants. But with the wisdom typical of bureaucrats who think a one size fits all regulation is efficient, they did not offer Mr. Krantz the choice. Consequently, the only outcome for him is the destruction of $50,000 worth of inventory.

Why wasn't such a choice offered? The normal response from government officials is that the water is 'needed' by private citizens for drinking, eating, cooking, bathing, etc. and that these 'needs' are more important than Mr. Krantz's need. This is, of course, demonstrably false.

If I lived in Birmingham and had the opportunity to contract privately with Mr. Krantz, I would happily sell him some of the water I use for personal 'needs', assuming he was willing to pay me a high enough price. This is unmistakeably efficient: I get what I value more highly (Krantz's money) and Krantz gets what he values more highly (my water). No doubt, there are plenty of other individuals who would be willing to lower their private consumption of water if the price was sufficiently high.

There is a double-sided point here: prices lead to efficient (i.e., value-maximizing) choices being made voluntarily by citizens and, by implication, command and control policies that do not permit such value-maximizing choices to be made are inefficient.

So, the fundamental cause of the current water shortage problem plaguing Birmingham is inefficient distribution, a consequence of rigid prices that are too low and the inability of people to trade water rights.

The answer is to completely privatize water distribution. However, in terms of rationing demand, a municipally-owned and operated water works could experiment with charging different prices depending on consumption and set prices that permit them to 'manage' water consumption that is consistent with water availability. While this may seem like a relatively simple job, it is simply out of the question for bureaucrats, if for no other reason than than politicians simply couldn't leave it alone. They would start handing out favorable water rates to specific constituencies that would, in turn, tie the hands of the water authority.

If water is a necessity and poor people cannot afford to pay high water prices there is a simple way to proceed. Establish what is known as a 'lifeline' level of daily consumption with a relatively low price per gallon, with escalating prices per gallon beyond the lifeline amount. The lifeline amount is based on the average quantity of water used for drinking, cooking, bathing and other essential activities. The higher per gallon price schedule beyond the lifeline amount helps allocate demand efficiently and voluntarily to those who value the incremental water the most.

Truly efficient allocation of water requires the granting of water rights to each person in the relevant watershed jurisdiction. These rights could then be bought and sold via an electronic market. Individuals and firms who value water highly could then purchase it from those who value their rights less than the money they have been offered.

This really is a simple, straightforward solution to the long-term issue of water use in Birmingham, and elsewhere in the United States. Surely our government of the people, by the people, and for the people can do better than criminalize water use. It's time to take the 'con' out of water consumption.

David Laband is professor of forest economics at Auburn University.