GET NEWS AND ARTICLES IN YOUR INBOXPrint
A
A
Home | Mises Library | Was the Space Shuttle Worth It?

Was the Space Shuttle Worth It? 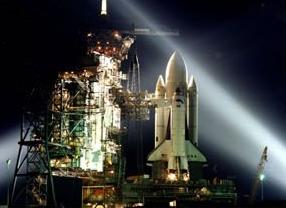 The final flight of the space-shuttle program, in progress as this is written, has prompted a number of retrospectives on the program's costs and benefits. Saturday's Wall Street Journal reported that the price tag on the US space-shuttle program has been difficult to pin down. One NASA estimate — on the low end, because it does not account for inflation — is $115.5 billion, or around $860 million per launch. That's still far higher than NASA's original projection of $7 million per launch, predicated as it was on far more frequent launches. Two more recent estimates are $193 billion (in 2010 dollars) and $211 billion. For the program's 135 launches, that's $1.43 billion and $1.56 billion per launch, respectively.

Economists will find still other problems with these per-launch cost estimates. Whether the average cost per launch is $0.86 billion or $1.56 billion, those are still average costs, and not marginal costs. The additional costs of any particular shuttle launch could have been larger or smaller than the average, and were likely to have been smaller. Some significant portion of the shuttle program's costs were sunk costs, meaning that the costs of developing the shuttle were up-front, irrecoverable costs and therefore irrelevant to the decision to launch a particular mission. Marginal costs would have included the cost of preparing an existing shuttle for a mission, the fuel, the astronaut training and other scientist training specific to that mission, the equipment to be deposited in orbit by the mission, and similar costs.

But there is another sort of calculation problem that faces government-funded science, beyond the questions of average versus marginal costs, or whether or not to count inflation, or whether or not a particular expense is shuttle-related. This calculation problem afflicts every form of government spending: What is the opportunity cost of the government's spending? All those resources used for the shuttle program had to come from somewhere. As Ludwig von Mises pointed out as early as 1920, it is impossible for a government that is dispensing with the market process to make the vital calculations of costs and benefits that would be necessary to make efficient resource allocations for society.

An individual or a business operating in a market system has to consider the potential alternative uses of resources employed in any particular action. Prices of labor, capital, and raw materials provide a way to compare the costs of the different methods of producing any given good, and consideration of profits or losses give the entrepreneur critical information about whether or not the product is as desirable as other things that could be produced with the same resources. While a government agency such as NASA typically does have to purchase resources such as a technician's labor or a shuttle part from the private sector, it is operating without the information provided with profit and loss. Is a shuttle mission a better use of the resources than any alternative? We can't know, because a shuttle mission is not sold at a market-determined price to a willing buyer. NASA did not have to consider whether $200 billion dollars forcibly extracted from taxpayers would produce something salable at a price of more than $200 billion.

We can make some comparison with other providers of similar services. The Russian "Progress" vehicle currently appears to be the cost leader, with a cost per pound to the International Space Station (ISS) of $18,149. The private sector is gaining, though sometimes only as subcontractors to the government, and not without a fight even there. In May of this year, in House hearings on commercial cargo supply to the ISS, a subcommittee report compared the private-sector alternative unfavorably to the space shuttle ($26,770 vs. $21,268 per pound to the ISS). But some observers noted the subcommittee's "fudging" of the numbers to favor the shuttle program. Robert Zimmerman pointed out that the numbers were based on an annual cost of $3 billion to operate the shuttle, when in fact $4 billion per year is more reasonable (though still low). According to Zimmerman, "the shuttle operational budget has never, ever been that low." Using the more reasonable figure puts the shuttle per-pound cost at $28,357, higher than the $26,770 private contractor's cost. Furthermore, as Zimmerman notes, the numbers do not take into account the fact that private companies are likely to lower their costs as their technology becomes less experimental, and as they enjoy greater economies of scale. The space shuttle, however, was not going to get any cheaper.

But even with competition from other governments, and even with NASA subcontracting to the private sector, the calculation problem remains. What was and is still being given up in order to build and maintain the ISS? What has been the opportunity cost of the various exploratory and research missions funded by the government? Without profit and loss, government space flight is unable to provide a credible economic justification for its own existence.

The problem of unknowable opportunity costs puts a dent in the idea that government science programs create a "multiplier" that generates more than their cost in private-sector advancements. The research, new technologies, and discoveries that might have been products of the space-shuttle program exist in the shadow of other research, technologies, and discoveries that might have been produced with the resources had they remained in the private sector. Any NASA "multiplier" exists because a private-sector multiplier has been destroyed. There is, as Frederic Bastiat would say, "what is seen and what is unseen." Tim Swanson put it this way:

In the end, regardless of what the state did or did not fund or invent, the take-away principle is the unseen. While everyone with a TV has been able to see the hordes of chemical rockets dramatically blast into the cosmos over the past decades, they were similarly unable to see the productive opportunities foregone and ignored via the reallocation of scarce resources.

The perceived benefits of a vain, nationalized space program include, among others, the fallacious need to fight the mythical shortage of scientists and engineers. Whereas in reality, it has stymied private tourism, exploration, and research for nearly half a century.

Sadly, the memorable theatrical displays NASA has produced over the years have distracted from the true costs of government enterprises. We are tempted to regard the federal government's space program as a bright symbol of American greatness, when in fact it has been a hindrance to American ingenuity and prosperity.