Wal-Mart Warms to the State 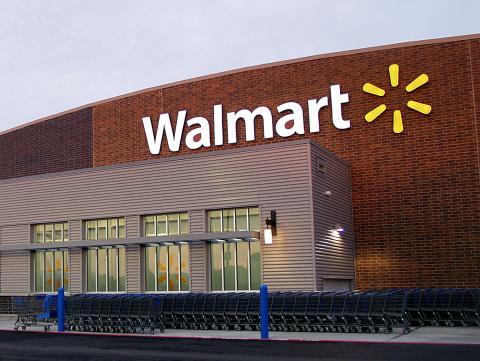 H. Lee Scott, Jr., the CEO of Wal-Mart, surprised many by calling for an increase in the minimum wage. And what accolades were heaped on him! The company was even cast in a new role, from the exploiter of workers to the responsible advocate of pro-worker policies.

And how selfless, for who has to pay such higher wages but companies like Wal-Mart? And thus do we see a corporation set aside its business interests on behalf of the long-term interests of society.

The whole thing befuddled Wal-Mart haters as much as it disgusted its free-market defenders.

Ted Kennedy wouldn't go so far as to praise the company, but he did say that "If the CEO of Walmart can call for an increase in the minimum wage, the Republicans should follow suit on behalf of the millions of working men and women living in poverty."

Other lefties just wouldn't believe it. The spokesman for Wal-Mart Watch said that Scott's call for a higher wage floor was "disingenuous and laughable."

And yet, let us think this through. Might there be another reason Wal-Mart would advocate a higher minimum wage?

Before looking at the evidence, let's do some a priori theorizing based on the history of US corporate regulation. Historians such as Robert Higgs, Butler Shaffer, Dominick Armentano, and Gabriel Kolko have chronicled how the rise of business regulation, including intervention in market wages, was pushed by large companies for one main reason: to impose higher costs on smaller competitors.

This is how child labor legislation, mandated pensions, labor union impositions, health and safety regulations, and the entire panoply of business regimentation came about. It was pushed by big businesses that had already absorbed the costs of these practices into their profit margins so as to burden smaller businesses that did not have these practices. Regulation is thus a violent method of competition.

Think of it this way. Let's say you run a retail coffee shop that sells only "fair trade" coffee, which is expensive to acquire, but for which consumers are willing to pay a high price. All is going swimmingly until a competitor shows up and sells unfair coffee that tastes just as good for half the price.

Let's say consumers begin to change their minds about the merit of your "fair trade" coffee and your profits fall. You must make a change to survive. You can compete by offering a wider range of choice. Or you can lobby the local government in the name of "social responsibility" (oh, such high ideals!) to require that all coffee sold in your town be "fair trade."

Who does that benefit? Your company. Who does it hurt? Their company.

Moving from theory to reality, we find that this is precisely what Wal-Mart is up to. The hint comes from the news stories: "Wal-Mart maintains that it pays above the current $5.15 an hour minimum wage to its employees."

Now, most readers might just look at this as a case of leading by example. Would that everyone were as fair as the wonderful Wal-Mart! But a second look suggests another interpretation, namely that it wants to slam its smaller competition, which will be seriously harmed by having to pay more for labor.

The current minimum is $5.15. According to studies, Wal-Mart pays between $8.23 and $9.68 as its national average. That means that the minimum wage could be raised 50% and still not impose higher costs on the company.

Wal-Mart itself makes even more elaborate claims on Walmartfacts.com: "The national average for regular hourly Walmart wages is nearly twice the federal minimum wage, and higher in urban areas." If true, the national minimum could be raised by 100% and leave the company unaffected.

So who would it affect if not Wal-Mart? All of its main competitors. And the truth is that there are millions of businesses that compete with it every day. Many local stores have attempted to copy Wal-Mart's price-competitive model, but face lower costs and can actually thrive.

There are many ways to compete with Wal-Mart. Not all shoppers like sprawling stores. Others like better service with more experts on the floor. Others just hate crowds. But a main way to compete is to hire lower-priced labor. This could mean that your employees are from a "lower" rung on the social ladder, but they too need opportunities. The savings can be reflected in other amenities that Wal-Mart does not offer. There can be non-standardized products otherwise not available. The location might be better. Even prices for goods can be lower.

Even similar stores such as K-Mart can pay lower wages, and that can make the margin of difference. K-Mart pays over a much wider range, as low as $6.75 an hour. A major competitor is mainstream grocery stores, where workers do indeed start at minimum wage. Target too pays starting employees less than Wal-Mart, if the Target Union can be believed.

Now, if Wal-Mart can successfully lobby the government to abolish lower-wage firms, it has taken a huge step toward running out its competition. The effect of requiring other firms to pay wages just as high as theirs is the same as if the company lobbied to force other companies to purchase only in high quantities, to open large stores only, or to stay open 24 hours. By making others do what Wal-Mart does, the company manages to put the squeeze on anyone who would dare vie for its customer base.

Now here is the great irony. The left has long been in a total frenzy about how Wal-Mart saunters into small towns and outcompetes long-established local retailers. Wal-Mart's opponents have whipped themselves into a frenzy about the company's success, claiming that it always comes at a huge social cost.

Now, most of this rhetoric is overblown and ignorant. Wal-Mart would not have made any profits or grown as it has without having convinced the consuming public to purchase from the store. Consumers could put the company out of business tomorrow, just by failing to show up to buy.

The left's claims of unfair practices would be valid if Wal-Mart did indeed work to impose legal disabilities on its competitors — in effect making it illegal to outcompete the company. And yet that is precisely what raising the minimum wage would do: impose a legal disability on those companies engaged in lower-wage competition with Wal-Mart. So the economically ignorant left advocates raising the minimum wage.

Thus has our CEO friend Mr. Scott discovered a viciously devious tactic. He sees a way to drive out the competition by doing precisely what Wal-Mart's biggest critics are advocating! And what will be the result? Wal-Mart's share of the market will go up, and its degree of cartelization over the mass consumer market will increase, not by market means but through government intervention. Then we can expect the left to once again fly into another hysteria about the size and growth of the company — totally oblivious to how they worked to bring it about.

Free-market advocates who have long defended Wal-Mart can only be disgusted at this shift in the company's methods from competing on market grounds to calling for the state to crush its competition. Even more disgusting is how the company can count on the economic ignorance of its critics to help do it.

The minimum wage should not be raised but abolished. If free competition and a non-monopolized market are what you favor, you too should favor abolishing the minimum wage. In a purely free market, Wal-Mart would discover that there are indeed limits to growth, and that others are willing and able to learn from its successes.