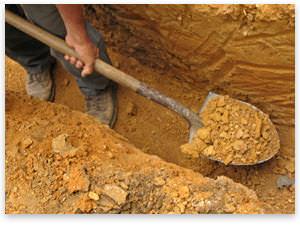 As is often the case, the ability and willingness of households to spend will be an important determinant of the pace at which the economy expands in coming quarters. … Developments in the labor market will be of particular importance in setting the course for household spending.

Seasonally adjusted nonfarm employment increased by 232,000 in April, but only 54,000 in May — well below market expectations for a 165,000 increase. The growth momentum of employment fell last month. Year-on-year, 870,000 jobs were created in May as compared to 1,274,000 million jobs in the previous month. Factory employment fell by 5,000 last month following a gain of 24,000 in April. The unemployment rate rose to 9.1 percent in May from 9 percent in the month before.

This way of thinking is based on the view that a reduction in the number of unemployed means that more people can now afford to boost their expenditures. As a result, economic activity follows.

But in fact the main driver of economic growth is an expanding pool of real savings. Fixing unemployment without addressing the issue of real savings is not going to lift the economy.

It is real savings that funds the enhancement and the expansion of the infrastructure. An enhanced and expanded infrastructure permits an expansion in the production of the final goods and services required to maintain and promote individuals' lives and well-being.

If unemployment really were the key driving force of economic growth, then it would make sense to eradicate unemployment as soon as possible. For instance, policy makers could follow the advice of John Maynard Keynes and Paul Krugman to employ people in digging ditches, or various other government-sponsored activities. Again, the aim is just to employ as many people as possible.

But a simple, commonsense analysis quickly establishes that such a policy would amount to a waste of real savings: Every activity, whether productive or nonproductive, must be funded. So employing individuals in various useless activities simply leads to a transfer of real savings away from wealth-generating activities, and this undermines the real-wealth-generating process.

If the labor market were free of tampering by the government, unemployment could be relatively easily alleviated. In an unhampered labor market any individual that wants to work will be able to find a job at a going wage for his particular skills. Obviously if an individual demands a non-market-related salary and is not prepared to move to other locations, there is no guarantee that he will find a job. For instance, if a market wage for John the baker is $80,000 per year, yet he insists on a salary of $500,000, obviously he is likely to be unemployed.

Over time a free labor market makes sure that every individual earns in accordance with his contribution to the so-called overall "real pie." Any deviation from the value of his true contribution sets in motion corrective competitive forces.

As we have seen, the key for an enhanced and expanded infrastructure, and thus improvements in well-being, is an increase in the pool of real savings. But government and central-bank policies aim at lowering unemployment through stimulus policies. This amounts to redistribution, which leads to economic impoverishment: it undermines the living standards of most individuals. Again, such policies do not expand the pool of real savings but rather result in the weakening of the growth of this pool.

Fed economists hold that they can boost economic growth by lowering interest rates and encouraging more lending by banks. This is the point of the Fed pumping in new money through the purchase of Treasury bonds.

But the artificial lowering of interest rates cannot lift the supply of credit if the pool of real savings is in trouble. Banks just fulfill the role of intermediaries: they can facilitate the distribution of available real savings. However, they cannot create real savings — which are the key to economic growth. Hence, bank activities as such cannot boost real economic growth.

For Bernanke and most other experts, the key factor that keeps the economy going is policies that allow the lowering of interest rates. These experts hold that the lowering of the interest-rate structure boosts consumption and business expenditures, and that this in turn lifts economic growth through the famous Keynesian multiplier.

Also, according to this way of thinking, loose government spending is important for economic growth. Hence, Bernanke holds that in curbing government outlays in the short run, one needs to be careful not to damage the economy.

A sharp fiscal consolidation focused on the very near term could be self-defeating if it were to undercut the still-fragile recovery.

However, Bernanke and other experts are also of the view that if government expenditure significantly surpasses government revenues an emerging deficit could curtail the benefits of loose fiscal policy by pushing the interest-rate structure higher.

So what is then the solution? According to Bernanke,

The solution to this dilemma, I believe, lies in recognizing that our nation's fiscal problems are inherently long-term in nature. Consequently, the appropriate response is to move quickly to enact a credible, long-term plan for fiscal consolidation. By taking decisions today that lead to fiscal consolidation over a longer horizon, policymakers can avoid a sudden fiscal contraction that could put the recovery at risk. At the same time, establishing a credible plan for reducing future deficits now would not only enhance economic performance in the long run, but could also yield near-term benefits by leading to lower long-term interest rates and increased consumer and business confidence.

We suggest that the focus should be, not the fiscal deficit as such, but curbing government outlays. Cutting government is the best policy for normalizing the economy, and it must be implemented as soon as possible.

Much like loose monetary policies, loose government policies also cause the diversion of real savings away from wealth-generating activities toward activities that do not generate wealth. Hence, contrary to Bernanke, a severe cutback in government outlays in the very near term will help and not damage the economy.

Obviously, various false activities that emerged on the back of loose fiscal policies will suffer. However, wealth generators will now have more real savings at their disposal, which will enable them to generate more real wealth. All other things being equal, more wealth will lead to more real savings. Failing to curb government outlays will only weaken the process of wealth generation and will plunge the economy into a prolonged stagnation.

What matters is to have, not strong economic activity as such, but strong wealth-generating activities. Hence the focus must always be on whether a given or suggested policy is good or bad for the wealth-generating process.

According to most experts, improvement in the labor market is the key for any US economic recovery. This way of thinking is based on the view that a reduction in the number of unemployed means an increase in the number of people who can afford to boost their expenditures.

In reality, the main driver of economic growth is an expanding pool of real savings. Ultimately what matters for the well-being of individuals is not that they are employed as such but rather that they can purchase goods and services. Purchasing power is conditioned upon the state of real savings that fund infrastructure, which enables individuals to maintain their lives and well-being. Policies that aim at lowering unemployment by means of loose fiscal and monetary policies only weaken the pool of real savings, thereby making things much worse.