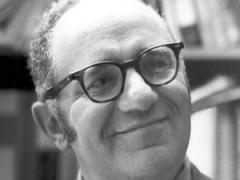 [Originally written as an introduction to For A New Liberty]

There are many varieties of libertarianism alive in the world today, and they owe a great debt to the work of Ludwig von Mises. His top American student was Murray N. Rothbard, and Rothbardianism remains the center of its intellectual gravity, its primary muse and conscience, its strategic and moral core, and the focal point of debate even when its name is not acknowledged. The reason is that Rothbard forged a blend between Austrian economics and natural-rights political theory of the old liberal school to create a modern libertarianism, a political-economic-ideological system that proposes a once-and-for-all escape from the trappings of left and right and their central plans for how state power should be used. Libertarianism is the radical alternative that says state power is both unworkable and immoral.

"Mr. Libertarian," Murray N. Rothbard was called, and "The State’s Greatest Living Enemy." He remains so. Yes, he had many predecessors from which he drew: the whole of the classical-liberal tradition, the Austrian economists, the American antiwar tradition, and the natural-rights tradition. But it was he who put all these pieces together into a unified system that seems inevitable once it has been defined and defended. The individual pieces of the system are straightforward (self-ownership, strict property rights, free markets, anti-state in every conceivable respect) but the implications are earthshaking.

Once you are exposed to the complete picture—and For A New Liberty has been the leading means of exposure for more than a quarter of a century —you cannot forget it. This book has been out of print but will appear early next year from the Mises Institute. [Editor's note: It is available now in PDF, epub, and as an audiobook in our store.] More than any other of his works, this book explains why Rothbard seems to grow in stature every year (his influence has vastly risen since his death) and why Rothbardianism has so many enemies on the left, right, and center.

Quite simply, the science of liberty that he brought into clear relief is as brilliant in the hopes it creates for a free world as it is unforgiving of error. Its logical and moral consistency, together with its empirical-explanatory muscle, represents a threat to any intellectual vision that sets out to use the state to refashion the world according to some pre-programmed plan. And to the same extent it impresses the reader with a hopeful vision of what might be.

Rothbard set out to write this book soon after he got a call from Tom Mandel, an editor at Macmillan who had seen an op-ed by Rothbard in the New York Times in the spring of 1971. It was the only commission Rothbard ever received from a commercial publishing house. Looking at the original manuscript, which is so consistent in its typeface and nearly complete after its first draft, it does seem that it was nearly effortless joy for him to write. It is seamless, unrelenting, and energetic.

It is also striking how Rothbard chose to pull no punches in his argument. Other intellectuals on the receiving end of such an invitation might have tended to water down the argument to make it more palatable. Why, for example, make a full case for no state when a case for limited government might bring more people into the movement? Why condemn the US? Why go into such depth about privatizing courts and roads and water? Why enter into the sticky area of regulation of consumption and of personal morality? And why go into such detail about monetary affairs and central banking and the like?

Trimming and compromising for the sake of the times or the audience was just not Rothbard’s way. He knew that he had a once-in-a-lifetime chance to present the full package of libertarianism in all its glory, and he was not about to pass it up. And thus do we read here: not just a case for cutting government but eliminating it altogether, not just an argument for assigning property rights but for deferring to the market even on questions of contract enforcement, and not just a case for cutting welfare but for banishing the entire welfare-warfare state.

Whereas other attempts to make a libertarian case, both before and after this book, might typically call for transitional or half measures, or be willing to concede as much as possible to statists, that is not what we get from Murray. Not for him such schemes as school vouchers or the privatization of government programs that should not exist at all. Instead, he presents and follows through with the full-blown and fully bracing vision of what liberty can be. This is why so many other similar attempts to write the Libertarian Manifesto have not stood the test of time, and yet this book remains in high demand.

Similarly, there have been many books on libertarianism that have appeared in the intervening years that covered philosophy alone, politics alone, economics alone, or history alone. Those that have put all these subjects together have usually been collections by various authors. Rothbard alone had the mastery of all these areas to be able to write an integrated manifesto—one that has never been displaced. And yet his approach is typically self-effacing: he constantly points to other writers and intellectuals of the past and his own generation.

In addition, some introductions of this sort are written to give the reader an easier passage into a difficult book, but that is not the case here. He never talks down to his readers but always with clarity. Every page exudes energy and passion that the logic of his argument is impossibly compelling, and that the intellectual fire that inspired this work burns as bright now as it did all those years ago.

The book is still regarded as "dangerous" precisely because, once the exposure to Rothbardianism takes place, no other book on politics, economics, or sociology can be read the same way again. What was once a commercial phenomenon has truly become a classical statement that I predict will be read for generations to come.