The Tyranny of the Bench | Mises Institute
Skip to main content

The Tyranny of the Bench 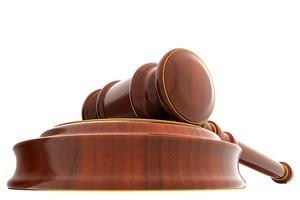 One of the fatal flaws in the concept of "limited" government is the judiciary. Endowed with the compulsory monopoly of the vital power of deciding disputes, of ultimately deciding who can wield force and how much can be wielded, the government judiciary sits as an unchecked and unlimited tyrant.

Pledged to preside over the rule of law, law that is supposed to apply to everyman, the judges themselves are yet above the law and free from its sanctions and limitations. When clothed in the robes of his office, the judge can do no legal wrong and is therefore immune from the law itself.

There is a crucial catch-22 in this grisly situation. For if anyone would like to argue against this arrangement, he can do so — in our archist system — only before judges who themselves are part of the problem rather than part of the solution. It is up to government judges to rule on whether government judges are immune from the law. How do you think they would decide? Well, how do you think a group of economists would decide on the question of whether economists should be immune? Or any other group or profession?

Not surprisingly, the United States Supreme Court ruled, in 1872, that judges were immune from any damage suits for any "judicial acts" that they had performed — regardless of how wrong, evil, or unconstitutional those acts may have been. When clothed in judicial authority, judges can do no wrong. Period. Recently a case of an errant judge has come up again — because his action as a judge was considered generally to be monstrous and illegal. In 1971, Mrs. Ora Spitler McFarlin petitioned Judge Harold D. Stump of the DeKalb County, Indiana, Circuit Court to engage in a covert, compulsory sterilization of her 15-year-old daughter, Linda Kay Spitler. Although Linda was promoted each year with her class, Mrs. McFarlin opined that she was "somewhat retarded" and had begun to stay out overnight with older youths. And we all know what that can lead to.

Judge Stump quickly signed the order, and the judge and mamma hustled Linda into a hospital, telling her it was for an appendicitis operation. Linda was then sterilized without her knowledge. Two years later, Linda married a Leo Sparkman and discovered that she had been sterilized without her knowledge. The Sparkmans proceeded to sue mamma, mamma's attorney, the doctors, the hospital, and Judge Stump, alleging a half-dozen constitutional violations.

All of these people, in truth, had grossly violated Linda's rights and aggressed against her. All should have been made to pay, and pay dearly, for their monstrous offense. But the federal district court ruled otherwise. First, it ruled that mamma, her lawyer, and the various members of the "healing professions" were all immune because everything they did had received the sanction of a certified judge. And second, Judge Stump was also absolutely immune, because he had acted in his capacity as a judge, even though, the district court acknowledged, he had had "an erroneous view of the law." So, not only is a judge immune, but he can confer his immunity in a king-like fashion even onto lowly civilians who surround him.

The US Court of Appeals, Seventh Circuit, unaccountably didn't understand the program, and so it reversed the district court, claiming that Judge Stump had forfeited his immunity "because of his failure to comply with elementary principles of due process," and had therefore in a sense "not acted within his jurisdiction." To allow Stump's action to stand, said the appeals court, would be to sanction "tyranny from the bench."
Now this was pretty flimsy stuff, and besides it opened an entertaining wedge toward holding judges accountable to the law and to the protection of rights like everyone else. But this would have shaken the foundations of our monopoly archist legal system. And so the US Supreme Court, on March 28, set the matter straight. In a 5-3 decision in this illuminating case of Stump v. Sparkman, Justice Byron R. ("Whizzer") White, speaking for the majority, sternly reminded the appellate court of the meaning of the 1872 ruling:

A judge will not be deprived of immunity because the action he took was in error, was done maliciously or was in excess of his authority. Rather, he will be subject to liability only when he has acted in the "clear absence of all jurisdiction."

Justice White conceded that no state law or court ruling anywhere could be said to have authorized Judge Stump's action; but the important point, he went on, is that there was no statute or ruling which prohibited such an action by the judge. Therefore, even though Stump had approved the sterilization order without legal authorization, without holding a hearing, without notice to the child, or without her being represented by a lawyer or guardian, it was still a "judicial act" and therefore beyond the law. Backing Justice White were Justices Warren Burger, Harry Blackmun, William Rehnquist, and John Stevens.

For the minority, Justice Potter Stewart, joined by Lewis Powell and Thurgood Marshall, argued that the judge's unauthorized action was "beyond the pale of anything that could sensibly be called a judicial act." He pointed out that Stump's action

was in no way an act "normally performed by a judge." Indeed there is no reason to believe that such an act has ever been performed by any other Indiana judge, before or since.

In a ringing statement, Stewart concluded, "A judge is not free, like a loose cannon, to inflict indiscriminate damage whenever he announces that he is acting in his judicial capacity."

Ahh, Justice Stewart, but apparently and unfortunately he is so free.

Stump himself will be free for some time to come. Apparently the masses of DeKalb County were not concerned about Linda's rights, for they reelected him last year to another six-year term as circuit-court judge. Bruce Ennis, legal director of the American Civil Liberties Union, charged that the White decision meant that "judges can violate citizens' constitutional rights and get away with it" and "can ignore the law with impunity." Ennis said that the ACLU would ask for legislation from Congress reversing this "outrageous" decision.

Outrage, yes; but why the shock and surprise?

White and his allies were simply being thick as judges, guildsmen defending their guild privileges; and were defending the very cornerstone of our archist system: the immunity from the law of the ultimate decision makers.

Removing such immunity strikes at the very heart of that system, and paves the way for a truly free America in which rights would be protected fully, in which no man or group of men would be above the law, or would have a compulsory monopoly of judicial services. We hail Mr. Ennis and the minority judges; but do they know the full implications when we pit citizens' rights against the "loose cannon" of judges and the "tyranny of the bench"?

This article was originally published as "The Plumb Line: So What Else is New?" in the Libertarian Review, April 1978, p. 9.