The Trouble with David Friedman's "Rationality" 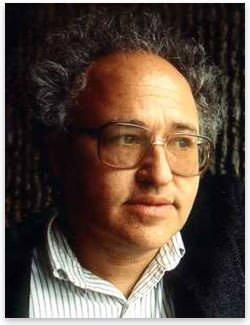 David Friedman's book Price Theory: An Intermediate Text defines rationality as the application of correct means to human ends. He further assumes that people are mostly rational. Using incorrect means often results in personal misery or death, for example, for a person who fails to realize that refusing to eat will kill him.

Similarly, entrepreneurs who do not correctly satisfy consumer desires lose money and eventually go out of business. So there is this evolutionary selection process that causes individuals who err often to gravitate toward the margins of society or to disappear altogether. The usefulness of this assumption is alleged to lie in the ability to predict human behavior. This is because there are, Friedman writes, only a few correct means to any given end and an infinity of means that fail to lead to the end sought.

Assuming that people are rational is a good idea, because we eliminate from consideration the multitude of irrational actions. For example, suppose that a person makes correct decisions half the time. If we assume that he is rational, we will be able to predict his behavior 50% of the time (supposing only one best means to his end; the other half of the time he'll do some unpredictable crazy thing). If, on the other hand, we assume him to be irrational, then we still won't know which irrational thing he'll do next.

The Austrian School's definition of rationality is different: rationality, it says, is purposive behavior, whether or not the means chosen to attain the purpose are appropriate or not. So, "purposive" and "rational" are essentially synonyms.

Is Friedman's assumption of rationality justified? I don't think that it is either true or necessary. Acting individuals and entrepreneurs do make mistakes due to uncertainty of the future. Yes, the nature of reality is such that errors are penalized (unless you work for a government agency). But the disincentive to making errors does not eliminate errors entirely. Nor is it possible a priori to predict who will act successfully and at what endeavors.

Further, "efficiency" is relative. It is the essence of entrepreneurship to discover new ways to attain monetary or psychic profit. What is efficient at one time will be revealed to be inefficient at another. Once a new plant opens or a new technological process begins operating, everyone will see that the old way of doing things is surely inefficient and requires adjusting. It would appear then that just prior to the time of the innovation's coming into production, everyone was acting irrationally. Friedman's economics leaves no room for entrepreneurial action and therefore for (quite unpredictable) changes in what is efficient. In other words, it is true that one cannot predict how another person will err, but in our dynamic reality, one is really no better at predicting how he will succeed.

Is the Austrian concept of rationality justified? I believe it is. The reason is that even if the means chosen are not the most efficient ones or fail to secure the end at all, the economic consequences of an attempt to use such means do not change.

That a tribe's rain dance is futile is irrelevant to the determination of the barter price of the special garb that the shaman procures because he feels he needs to execute his dance properly. That a businessman buys an expensive piece of equipment which turns out to be useless for him does not affect the fact that he may have bidden up the price of this equipment on the free market. Or, again, Friedman fails to account for the frequent phenomenon of entrepreneurial failure, one of the economic consequences of which is that the labor and capital tied up in unsuccessful projects are freed up to be used elsewhere in the economy.

A second surprising assumption Friedman makes is that human ends or preferences or purposes, in order for economic analysis to proceed, have to be "simple." Why? The answer, similar to our previous considerations, is that easily grasped preferences allow one to predict how human actions will be affected by incentives.

If the government wants people to have more children, they assume that subsidies to parents in the form of money will indeed cause more children to be born, rather than some crazy result such as people going out into the sea to kill more walruses for their meat. Or, if the government wants to create a boom-bust cycle, it will depress the interest level below its natural value for a prolonged period of time. As a result, entrepreneurs will invest more money into early production stages rather than, say, go out into the sea and kill more whales for their blubber. That's the point of the assumption of simple preferences in neoclassical economics, because otherwise we cannot predict how each person's or group of people's behavior will react to marginal incentive changes.

This reflects the neoclassicals' empirical bent. They seek to discover quantitative relationships between economic data. Further, their research is very often put into the service of the state, which seeks to manipulate the populace into doing their bidding. Unfortunately for the economic aspect of neoclassicism, there are no permanent relations between variables on the market. These relationships always reflect some particular historical occurrences that cannot be used to predict the future. Even economic history must be enlightened and interpreted by theory; otherwise the data will shed no light on the events the historian wants to explain (because the data must be appropriately selected, and even then multiple and often mutually incompatible accounts may seem to fit). Conversely, the most economic history can do is illustrate economic theory. No theoretical conclusions can be drawn from statistical or econometric analysis.

Concerning the moral aspect of economics, I once asked an economist very clearly whether assisting the state in manipulating the public is the essence of the job of the economist; he said absolutely yes, not even suspecting that I found such manipulation for the most part abhorrent (though it may be OK for something like crime deterrence).

Now it may be objected that in private lives, too, we try to guess people's ends and seek to change their behavior through incentives. A credit card company imposes a penalty for late payments; this is not a way of making money but of getting people to pay their debts on time. A parent tells his child that if he misbehaves, he will be grounded — another incentive. Fine. But that's not what economics is all about. Economics aims to discover certain immutable laws that are valid everywhere and at all times derivable from self-evident axioms (with some extra empirical premises thrown in).

The law of returns does not change with the passage of time. The Austrian business cycle theory, the law of comparative advantage, the consequences of price controls and of various other government interventions have little to do with empirical studies of how incentives affect human behavior.

Consider the socialist calculation debate. Remember that the problem of socialism is not just the problem of what incentives the planners will need to institute to get people to take out the trash; it is also the impossibility of calculating profit and loss and therefore of knowing whether one's actions do or do not fulfill the most urgent desires of the consumers. So, even if all the proper incentives are magically put in place, socialism still won't work. Clearly, solving puzzles that require one to correctly assess incentives is not the whole of economics.

But does not Austrian economics assume also that, for example, as the price of a good goes down, the quantity demanded will rise rather than fall? The regularity just asserted holds, but it is not at all an assumption. Rather, it is a derivation from the law of marginal utility. I will have more money in my hands due to the fall of the price at the same quantity demanded. I am now faced with the task of allocating this extra cash. I can buy more of the same good, or I can spend my money elsewhere. My lower-ranked desires will now be satisfied.

And we don't have to assume that these desires are "simple." They can be anything. I may want to give the money to charity; I can rent a boat and go out into the sea and kill some walruses and whales; I can burn the money on the front yard if I so choose; only if I think of money as an economic bad will I be glad to pay more for less, but even this preference, still on my value scales, is not exempt from economic law.

Economics is therefore not quantitative prediction. Nor is it a game or puzzle solving. Neither of the Friedman's assumptions — the rationality of economic agents and of the simplicity of preferences — is necessary.