The Transformation of John Mackey 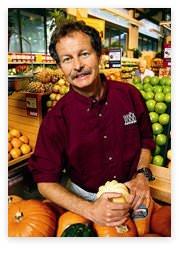 I've been there, so the things that John Mackey, CEO of Whole Foods Market, says in the June 2006 issue of Liberty magazine essentially ring true.

Whole Foods is big now, one of the nation's fastest growing mass retailers, with sales last year exceeding $5 billion and a gross profit of more than $1.6 billion — not a bad return in the grocery business.

It didn't start that way. Coming out of the counterculture movement of the 1960s and 1970s, Mackey, a vegetarian, a former long-haired and bearded commune resident, a student of ecology, yoga and eastern philosophy, writes that he idealistically opened a small, food store in 1978 with his girlfriend, with a total capital outlay of $45,000. The store lost $23,000 in its first year.

His philosophy at the time, he explains, wasn't exactly pro-profit or pro-capitalist: "Politically, I drifted to the Left and embraced the ideology that business and corporations were essentially 'evil' because they sought profits. I believed that government was 'good' (if the 'right' people had control of it) because it altruistically worked for the public interest."

He'd been taught, Mackey explains, that "business and capitalism were based on exploitation: exploitation of consumers, workers, society and the environment." After a year in business, he saw a reality that didn't mesh with his decades of anti-business indoctrination.

"I believed that 'profit' was a necessary evil at best and certainly not a desirable goal for society as a whole," he writes. "However, becoming an entrepreneur completely changed my life. Everything I believed about business was proven to be wrong."

Rather than seeing a milieu of "exploitation" and coercion in his store, Mackey saw a system of freedom and "voluntary cooperation" at work and a new realism: "No one is forced to trade with a business; customers have competitive alternatives in the marketplace; employees have competitive alternatives for their labor; investors have different alternatives and places to invest their capital. Investors, labor, management, suppliers — they all need to cooperate to create value for their customers."

In short, an entrepreneur like Harvard dropout and Microsoft founder Bill Gates (or John Mackey) got his money first and foremost by creating a new pie, by launching an innovative enterprise with new products that created new wealth and income that spread to investors, labor, management, suppliers — and spread to the public at large by way of increased tax revenues.

"In other words, business is not a zero-sum game with a winner and a loser," says Mackey. "It is a win, win, win, win game."

That's not the way Mackey's customers and employees saw it. Despite losing half his initial investment in the first year of business, Mackey was nevertheless accused of greed and exploitation. "Our customers thought our prices were too high, our employees thought they were underpaid, the vendors would not give us large discounts, the community was forever clamoring for donations, and the government was slapping us with endless fees, licenses, fines and taxes."

Mackey has voted straight Libertarian since those early days in 1980. Still, he says he's had little success in converting people to the concept of economic freedom or to an understanding of how the world really works, to the concept of how freedom, prosperity, human progress, spontaneous order and overall well-being are inherently channeled through a system of voluntary cooperation, private property, business competition and individual incentives.

By incorrect branding, Mackey means that too much emphasis about individual freedom has been focused on side issues, such as the legalization of drugs, and not enough on the big picture. Instead, he maintains, if it's to have any chance of having a mass appeal, the freedom movement will have to consciously create a broad and inspiring vision, an idealism that addresses the direct correlation between economic freedom and societal progress.

The freedom movement, libertarians, and free market economists, he writes, have done a poor job of defending the social legitimacy of business, economic freedom, capitalism, individualism and free markets. The message should be that business, working through free markets, has arguably been the world's greatest force for human progress and our collective well-being, delivering increased prosperity, less poverty, extended longevity and democratic freedoms.

Ralph R. Reiland, the B. Kenneth Simon professor of free enterprise at Robert Morris University in Pittsburgh. Send him mail. Comment on the blog.