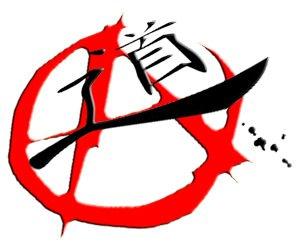 The state is the central issue; its abolition is the central objective. The introduction of anarchist practices or operations while the state continues to exist may not only be irrelevant but if widespread in application may result in worse oppression.

This is an important warning for libertarians. What was the reason for the failure in China to move to an anarchist society? Elitism. There was a disdain for the common people and their institutions. The clan and self-help organizations provided a suitable basis for a libertarian legal system. But their powers were curtailed and limited because they were viewed as a threat to the state structure from which the ruling class drew its wealth.

Although they might be committed to the anarchistic philosophy of the Chinese sages, the local rulers recognized that they drew their wealth from the statist structure. Thus, they viewed all activities against the standard of the preservation of the statist structure and acted in their official capacities not as anarchist philosophers but as statist oppressors.

The Chinese civil service system, with its complicated examination path and its structured pattern of rule and control from above, seems far distant from an anarchistic model of society based on free association, or voluntarism, and a laissez-faire economy.

Yet at the heart of this system are basic concepts very close to those libertarians adopt as their own. The ideological basis of the system was a combination of Taoism and Confucianism that represented a functional application of these seemingly contradictory thought systems.

It is my purpose to examine some of these basic tenets and see how they were modified in the process of application.

Taoism, in its philosophical form, is represented by two major works, the Tao Te Ching (Book of the Way) and the Chuang Zu. Each of these books is a product of the Warring States Period, an age in which much of Chinese philosophy was developed. Taoism on this level is a pantheistic thought system that holds that the universe is a continuum in which all matter is in the process of becoming differentiated and then nondifferentiated. The Taoist believes that there is a single source to the "ten thousand things" and that he must reestablish his unity with the universe.

"The magistrate was thus an overburdened local bureaucrat, very far from the ideal of a man leading by the force of moral virtue alone."

The inner harmony of nature should be related to the outer harmony of man's actions. To achieve this external harmony is to leave things alone. The best government is the least government; the best ruler is he who is content to leave his subjects alone.

Confucianism on the surface seems the opposite of this wu wei (nonaction) form of rule (or nonrule). It is a philosophy that seems to stress precedent and strict adherence to rites and ceremonies. Li (ritual) is only one aspect of the Confucian ideology, for there is also deep faith in jen (benevolence-good) and chih (wisdom). The operation of government and thus of society should be in the hands of the chuntzu — the gentleman who advises the ruler and leads by moral virtue.

The Confucians viewed formal punitive law as negative and only to be used as a last resort. There was no formal concept of civil law, for in a society based on virtue such would be unnecessary. In the Analects, this belief in government by virtue is expounded at length.

95. Confucius said, "If a ruler himself is upright, all will go well without orders. But if he himself is not upright, even though he gives orders, they will not be obeyed."

Theoretically, therefore, government means good men, living properly, rather than good laws, strictly enforced. How did these ideas, Taoist and Confucian, work out in application?

Taoist political thought was never put into practice, but the ethics became formalized, and a concrete set of rituals and church structure were developed. This religious Taoism can still be seen in operation today on Taiwan.

Confucianism, on the other hand, did become the state orthodoxy. In the reign of the Han emperor Wu Ti, the philosophy of Confucius, as it had been passed down and thus modified since 500 BC, became the theoretical basis for government.

During the T'ang Dynasty a method of examination was developed, and a complicated government structure developed to make use of the talents of the trained scholars.

The means of choosing and utilizing the potential chuntzu were thus devised. Once the student had passed through the three stages of exams, the district level, the province level and the central administration level and had achieved the degree of chin shih, he was ready to put into practice the lessons he had learned (lessons learned by memorizing and analyzing the works of Confucius and the other "classics"). He became on the district level the embodiment of the concept of "rule by good men."

But instead of letting society run itself, he found himself forced to rule as a despot, acting as tax collector, judge, jury and prosecuting attorney, defense chief, police chief, flood-control expert, and moral instructor to the local gentry. He was constantly under the scrutiny of his superiors and had to move to a new post every three years in accordance with custom. The magistrate was thus an overburdened local bureaucrat, very far from the ideal of a man leading by the force of moral virtue alone.

The lesson of traditional China for those who believe in freedom and the creation of a totally free society is this: that ideas are not enough, that even concepts conceived of by men such as Confucius and Lao Tzu can become stale, rigid — even despotic — in application.

China in the formative centuries developed protoanarchistic ideas. The total, unsystematic application of those ideas created a system as rigid, as formalistic and tyrannical, as any we have today.

Murray Rubinstein is professor of history at Baruch College in New York. He specializes in Asian history and Sino-American studies.