A Tradition of Defaults | Mises Institute
Skip to main content

A Tradition of Defaults 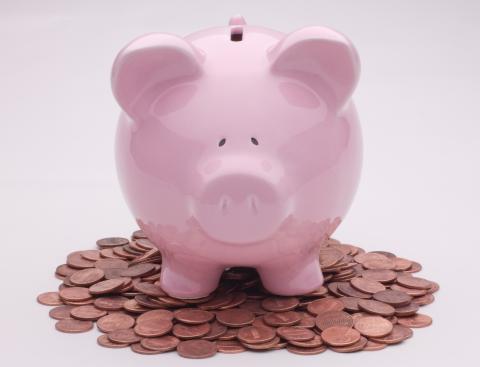 Argentina's recent bankruptcy and the spreading financial turmoil in its neighboring countries are just the latest chapters in Latin America's long history of foreign debt and default.

The first wave of international payment inability occurred in the 1820s. After Latin American countries regained access to external markets, it did not take long until the second wave of debt renunciations came, in the 1880s. Declarations of payment inability followed before the outbreak of World War I, and further defaults came in the 1930s. In the 1980s, almost all Latin American countries defaulted, and in 2002, the mega default of Argentina took place, making the Latin American states the "perennial defaulters" 1 of the past 200 years.

While wars have been the primary cause of European defaults, governmental profligacy and far-reaching, illusory, state-sponsored plans of modernization lie at the bottom of Latin America's default tradition. By experience, access to foreign money has become deeply associated with the good life, and governments quickly lose their legitimacy when they fail to deliver.

Even in the face of the current financial crisis, which is most severe in Argentina and is about to infect a series of other countries in the region, rare are the voices that point to the risks coming from foreign credit accumulation and domestic credit expansion. On the contrary: those economists receive the most attention who say that econometric models demonstrate that periods of foreign debt accumulation and domestic credit expansion go hand in hand with economic prosperity, just as inflation goes with economic growth. The promise of a free ride is easily taken up by politicians. Who wants to be guilty of producing stagnation?

When the borrowing spree comes to an end, it will be the misery rich countries and the greedy speculators that will be identified as the culprits of another "lost decade."  It must be bad intentions that they stopped to provide new money exactly when the region promised to take off into a new development stage. And it was also the failure of the own governments because they could not manage to get more loans.

Gaining access to new foreign exchange forms the basis of the love-hate relationship between the debtor countries of Latin America and the International Monetary Fund (IMF). When debt negotiations take place, the IMF becomes the source of emergency financing and the catalyst for private lenders; in this regard, the IMF's approval is highly welcome. Whatever the deeper rationale of the IMF's policy recommendations may be in the intentions of the governments, it is access to new credit that is the overriding objective most of the time.

Based on the theory that the countries of Latin America are "structurally dependent" on foreign capital, economic policy receives its prime focus from the goal of manipulating the financial and macroeconomic variables that are perceived to constitute the prerequisite for the access to foreign exchange. An unending series of interventionist measures, along with constant endeavors to get contingency credit lines from the IMF, produces the very reason why the dependency will persist and the debt burdens will increase.

In the wake of the Argentinean disaster, Brazil now is moving closer to default. As was true in Argentina, economic policy in Brazil is characterized by the obsession to please the IMF. For almost two decades now, economic policy measures in Brazil have been ruled almost exclusively by the proposals that have come from the IMF; thus, the country could regain its access to foreign exchange. But playing the good boy has come at a high price: step by step, internal and external debt levels have been approaching the threshold at which payment inability becomes imminent and the country must go into default.

As promoted by the governments, the concept of "credit" has gained a peculiar connotation in Latin America's financial culture. The meaning of credit has turned into the equivalent of a gift. The calculation of future burdens in terms of interest and repayment is easily brushed away by a high time preference that permeates almost all aspects of life. Access to credit opens the way to instant spending; thus, debt is accumulated, even if--by prudent assessment--it is not that urgently needed. The common attitude says that present money is real, while the service of credit is something of the future and is, therefore, unreal. Consequently, when there is a chance of obtaining a credit, it will be taken.

There are many serious people in Latin America who would prefer to stop this disastrous game. But centuries of easy-money policies and credit expansion have brought about a monetary culture that has become deeply rooted. Those who prefer financial restraint have been taught again and again the harsh lessons of inflation and confiscation. In the end, as the lesson says, goods are real;  money is fake anyway. When the debt crisis finally comes, and it always does, and when the government is unable to service its debt, the guilt is put more on those who loaned money than on those who borrowed. While the borrower had at least a period of good time, the lender rightly deserves to be punished due to his greed and gullibility.

The lessons learned by the domestic population are rapidly adopted by foreign investors. Due to the permanent insecurity of the value of money and of property rights, even those investors who originally may have intended to keep a more long-term position will turn into short-term traders. Then a game of tentative mutual exploitation emerges, and strategies get implemented by both sides--strategies for which no game theory is needed to predict their failure.