The Three Stages of Invention 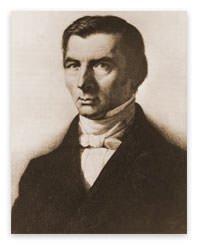 Frédéric Bastiat is considered by many to be one of the greatest economic journalists of all time.[1] However, it has been argued that he also made far more important contributions to the science of economics than most economists realize. Various current issues could benefit greatly from many of the ideas put forth in his writings. One such issue is that of intellectual property. His belief in the importance of competition leads one to conclude that a naturally harmonious economy is only possible when the economic laws are undisturbed.[2] Though Bastiat wrote very little about patents, his position against them can be strengthened by much of his writings.

A great deal of Bastiat's writing shows him in attack mode, e.g., against protectionism. Economic Harmonies is different. It was written as a positive case for how a market economy operates. The fact that patents are not mentioned in the book at all shows that they have no necessary place in a free market. Yet, if you take at closer look you can see many arguments against them.

In Economic Harmonies, Bastiat outlines the three stages that an invention goes through. In the first stage the inventor is the only one with the knowledge of how the invention works. So the inventor is the only one who can produce it (or work with others to initially produce it). The inventor is rewarded in that he can now charge a higher price than his labor would normally warrant under competition. The second stage is imitation. People gradually (although it could be rapid, depending on what the invention is) figure out the new ideas and copy the innovation. There is a proven incentive for replicating the idea owing to the high returns already enjoyed by the first sellers. As a result of this new competition entering the market, the price falls. Bastiat's third and final stage is when the idea becomes "gratuitous," as he calls it. The idea is now widely known and enjoyed by all and has become tantamount to a gift from nature.

Bastiat would say that in the end the idea destroyed value while keeping the utility constant; and this is a benefit for all.[3] The invention is extremely useful to people and very desirable; in this way, it has a high utility, but the invention also succeeds in making things easier.[4] With the new invention, fewer costs have to be taken to achieve the same goal, thus market value decreases.

Consider the invention of the printing press. Before the printing press, books were very hard to come by due to the extremely high costs associated with their production. With the invention of the printing press, the production of books became easier. Initially, the inventor was the only one with the knowledge of this new technique. Because of his exclusive knowledge, he could charge whatever he wished as long as the price fell below the price of books produced with the older method. Far from being unfair, this benefited the inventor. Even though the costs of producing the book went down considerably, the high price was still acceptable because the value came not from the costs for the inventor to produce it, but rather from the cost saved by the consumer. You could pay his lower price for the book, pay the old higher price, or go through the costs of discovering the technique and producing the book yourself.

As stated above, the high returns bring about an incentive for others to figure out how to replicate the idea themselves. As time goes by, more and more people do so. The more the new invention or process is replicated, the easier and less risky it becomes, and in return less worthwhile (for the profits have dwindled). Today the idea of the printing press is well known and a benefit to all. Thus books are cheaper and easier to come by than they were 100 years ago. In light of this, books are less valuable (in Bastiat's sense) today then before the printing press because they are less expensive to produce and thus more available. The utility is the same but it has shifted from a more onerous utility (more effort required by man) to a more gratuitous utility (a part of nature, common to all).

But what happens if you view ideas as property? A non-scarce thing is artificially made scarce. Something that anyone could previously have had for nothing now has a price. To give someone property rights over an idea is to artificially limit the supply. In essence, a monopoly has been created.

Bastiat viewed monopoly as pure evil and really only possible through coercion:

People who class together artificial monopoly and what they call natural monopoly, because they both have in common the power to increasing the value of labor, are either quite blind or quite superficial.

Artificial monopoly is downright plunder. It produces evils that otherwise would not exist. It inflicts hardship on a considerable part of society, because it often includes the most vital articles. In addition it gives rise to resentments, hatred, reprisals, all the fruits of injustice.[5]

Those who get hurt are always the consumers and the producers who are restricted from entering the market. The intentional limiting of supply causes the price of the good to rise artificially. It may be understandable that people fight for the privilege of being the only seller but to do so only causes adverse effects for consumers. As Bastiat noted,

We understand how every producer, in order to set the highest price on his labor, tries to hold on for as long as possible to the exclusive use of a resource, a technique, or a tool of production. Now, since competition quite properly has its mission and result the taking away from the individual of this exclusive enjoyment and making it common property, it is inevitable that all men, in so far as they are producers, should join in a chorus of imprecations against competition. They can become reconciled to it only when they take into account their interests as consumers; when they look upon themselves, not as members of a special group or corporation, but as men.[6]

Bastiat believed that protectionism of all kinds was evil. His book, Economic Sophisms, is full of possible exceptions and why they are all wrong. Protectionism comes in many forms including that of a monopoly. Monopolies in patents are just another form of protectionism, in this case for the inventor or innovator.

Inventions or new techniques and methods of doing things succeed in removing obstacles that were naturally in the way. To Bastiat, removing these obstacles is man's natural inclination. "It is also clear that, all things considered, it would be better for all mankind, or for society, if all obstacles were as easy to over come and as infrequent as possible."[7] The elimination of such obstacles is in vain, however, when laws are put into existence that do nothing more than to re-establish these or new obstacles. In the case of patents, the obstacles are eliminated by the new invention or technique and then new obstacles are established for the protection or privilege of the patent holder. The fault here is one of the most common sophisms presented in Economic Sophisms, to look at the producer rather then at the consumer. As Bastiat notes,

I have said that as long as one has regard, as unfortunately happens, only to the interests of the producer, it is impossible to avoid running counter to the general interest, since the producer, as such, demands nothing but the multiplication of obstacles, wants, and efforts.[8]

All issues should be taken from the point of view of the consumers because everyone in a market economy is in some way a consumer.

The endeavor of this article is not to attack intellectual property but rather to outline what Bastiat would have said concerning the issue.[9] The argument presented by Bastiat, however, should make one wonder about the so-called justice contained in the issuance of patents. These apparent "necessary" monopolies are just as dangerous as any other monopoly and stand in the way of everything that helps make society better off.

The monopoly that is granted to an inventor is a privilege that hampers progress and hurts the consumers (which is everyone!). This could be demonstrated by a reductio ad absurdum to the effect that if any idea or process could be patented then everyone would be restricted from doing almost anything without paying the first to come up with the idea.

Bastiat had two questions regarding patents: Is the component of property in the invention? And, under this assumption, is it within the capacity of the government to guarantee this property? Put more simply, do you have the principle and the possibility of application? The answer from Bastiat is clearly no. The term "invention" has too great an elastic meaning for Bastiat. The creation was not property in his opinion because inventions are more of a discovery of a natural law than a creation of the mind. Enforcing it as property would also prove too difficult.

This is an ethical question as well as a practical one. The state-grant of a patent could really be viewed as another form of everyone trying to live at the expense of everyone else. Surely Bastiat would say that patents are just another instance of the law perverted.

[1] Example being Schumpeter (1954, p. 500) in his History of Economic Analysis, interestingly he also says that Bastiat was not a theorist in the same book.

[2] As Hülsmann wrote, "It is in this book [Economic Harmonies] that he develops and defends the thesis that the interests of all members of society are harmonious if and insofar as private property rights are respected or, in modern parlance, that the unhampered market can operate independent of government intervention."

[3] I should explain what Bastiat means here by "utility" and "value". Utility is a good's usefulness while the value is the relationship existing between two services that have been exchanged, essentially the price or a service for a service. These definitions were put forth and further elaborated in Economic Harmonies. Also, it is possible for utility to be created rather then staying the same. The new technique could create new utility in a good or just create a new utility in the invention itself.

[4] If it didn't then this would be just like any failed entrepreneurial effort.

[9] This is why I do not mention a lot of the arguments for patents. High research and development costs for example were not an issue in Bastiat's day (or were not as big an issue), thus there is no need for me to mention them. Still I do believe that Bastiat's arguments are important to today's debate, not on their own necessarily but as insights to further the rights based argument (which for Bastiat was the right of imitation).