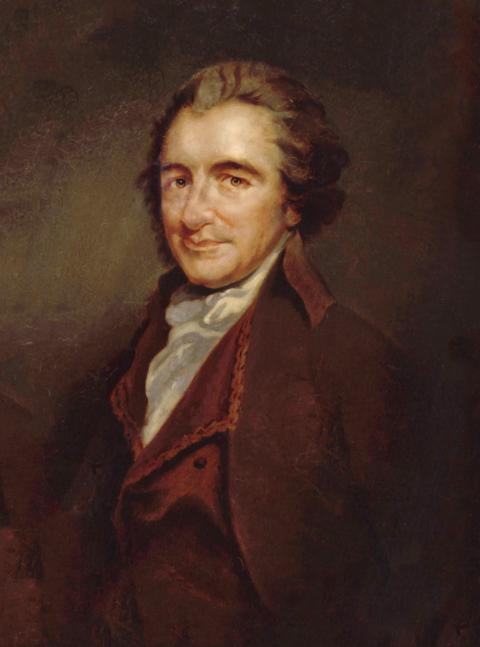 Thomas Paine is primarily remembered for his fiery rhetoric in favor of American revolution and independence. But in The Rights of Man, in which he tries to "establish a system of principles as a basis on which government ought to be erected," he shows that commerce, or free trade, is not only deducible from those principles, but interference with such commerce impoverishes the nations involved as well.  We would do well to return to that understanding he expressed over two hundred years ago.

The principle of free trade is simply that of the freedom to choose for yourself who you will associate with in productive ways, and how you will arrange those associations, without artificial government restrictions to limit those choices.  That principle is an essential, inalienable part of having ownership of oneself.

Thomas Paine recognized this, and the same devotion to liberty which helped inspire America's revolution against tyranny in its many forms made him a defender of free trade.  And as he pointed out, "the principle of all commerce is the same."  That is just as true, and just as important, now.

But few today echo Paine's passion for liberty, resulting in constant attempts, frequently successful, to use political means-i.e., coercion--to advance narrow interests by assailing others' rights to decide for themselves.  So limits on the freedom to trade, as well as on other freedoms, persist and grow.

America would benefit from remembering what Thomas Paine warned of as "the greedy hand of government, thrusting itself into every corner and crevice of industry," at the behest of some against others.  That is because it would be a return to the principle of liberty on which our nation was founded, from a situation in which many aspects of liberty have been shrunk or eliminated.

And ultimately, the only real impediment to doing so is that too few of us still share Paine's conclusion that "Heaven knows how to put a proper price upon its goods; and it would be strange indeed, if so celestial an article as Freedom should not be highly rated."