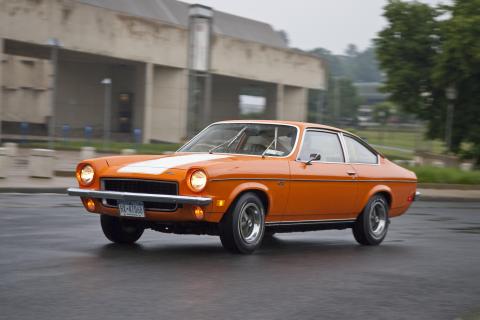 "This is like déjà vu all over again." Yogi Berra's famous words describe the latest incarnation of proposals to increase Corporate Average Fuel Economy (CAFE) standards, a simple-minded political "solution"--mandating that vehicles get better mileage--to a nonexistent gasoline crisis.

Thankfully, this absurd idea has been rejected by the Senate, with even the pro-regulation crowd responding to consumer demands for vehicle choice. But there still remains the problem of existing standards.

CAFE were born a quarter century ago, when there was a gasoline crisis--caused more by gasoline price controls than by  OPEC. Congress was convinced that Americans were not competent to make their own automotive choices. CAFE standards were intended to force us to get better mileage by imposing harsh penalties on any automaker whose fleet did not meet rising fuel-economy standards.

Seven years ago, Congress decided that CAFE standards had risen far enough (to 27.5 mpg for cars and 20.7 mpg for light trucks, a category which includes minivans and SUVs), but last summer's gas price spike brought new proposals to raise the standards. This year, some were saying "crisis" again, and such proposals were being recycled, fanned by concerns including energy dependence, opposition to oil drilling in Alaska, and SUV envy.

For instance, Sen. John Kerry (D-Mass.)  had proposed a 35-mpg standard for all vehicles by 2013, and Sen. John McCain (R-Ariz.) has a very similar proposal, which proponents claim would cut U.S. oil consumption by more than 1 million barrels a day.

However, a study of increasing CAFE standards done more than a decade ago showed that CAFE standards were both costly and ineffective at achieving their goal.  If an honest study was done today, it would recommend eliminating rather than raising those standards and would suggest that trusting Americans to make efficient transportation choices for their circumstances is the most sensible policy.

In September 1988, the Federal Trade Commission studied the effects of raising the 26.5-mpg standard to 27.5 mpg. They estimated that, over a 15-year time horizon, raising the CAFE standard would actually increase gas consumption by 200 million gallons, rather than decreasing it. There were several reasons for this, all ignored in the current political frenzy to "do something."

First, anything that would improve gas mileage, therefore lowering the cost of driving, would increase the number of miles driven, an effect the FTC estimated would offset 30 percent of the presumed gas savings (although later estimates have put that effect at "only" 20 percent).

Third, to cover the cost of bringing new models in line with CAFE, domestic manufacturers would have to cut production of larger, more powerful domestic cars and light trucks, thus raising their price tags. As a result, owners of older gas-guzzlers, which also spew far more pollutants into the air, would hold onto them longer, further diminishing any net gas savings or pollution reductions from the newer models.

Fourth, foreign car and truck makers who already meet overall CAFE standards would fill in the slack by producing more powerful and less fuel-efficient cars and trucks, so that reducing domestic production of those models would do little to increase overall fuel economy. But both the shift of bigger car production to foreign producers and the shift of production of lower mileage domestic nameplates to other countries would lead to the loss of U.S. automobile-related jobs (estimated at 20,000 in 1988). Domestic auto producers and workers learned this was true the hard way, and now they adamantly oppose stricter regulations.

Nobody knows better than those who buy and fuel them with their own money which kind of vehicles are most appropriate for the circumstances they will be used for.  Certainly not members of Congress, who pander for votes by pushing higher mileage standards, even as past studies have shown such standards to be less than effective.

CAFE standards have suffered a setback but they will be back until they are permanently removed from the policy menu. And as Yogi might describe the attempt to raise or retain milleage standards: "You've got to be very careful if you don't know where you're going, because you might not get there."