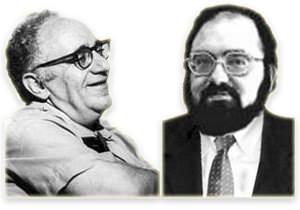 [Foreword to the 1974 edition of Egalitarianism as a Revolt Against Nature and Other Essays.]

Historians and anthologists of anarchist thought, in comparing the great libertarian classics with other schools of political philosophy, have always been eager to mention the fact that no anarchist theorist has ever been on the level of a Marx or Hegel. What they have meant by this fact is easy to pin down: traditionally, anarchist philosophers have not been system builders and have not been on as profound a level in analyzing ideas and institutions as have the great ideologists.

Marx is mentioned most frequently, perhaps, as a contrast, because Marx was equally competent in philosophy, economics, and history. Furthermore, Marx took a great variety of strands of thought prevalent in the mid-nineteenth century and unified them into a mighty system of socialism. Marx, moreover, was the father of a powerful ideological movement that has had a profound historical impact. And, whatever one may think of the fact, it is true that compared with Marx, all of the anarchist theorists can be considered superficial. Not that Warren, Tucker, Spooner, Stirner, Bakunin, Kropotkin, and Tolstoy, just to mention a few of the most famous anarchists, were in any way ignorant. Few theorists of any camp, for instance, are as rigorous, passionate, and systematic as Lysander Spooner. And few considered as many issues and events as Tucker. Bakunin, too, was the founder of a movement that, for a time at least, rivaled that of Marx. But after all of this is said, it remains to be faced: no anarchist theorist has reached the stature, intellectually speaking, of the great political philosophers in Western Civilization.

Until now, that is. For within the last few years, libertarians have seen the initial signs of widespread recognition of the youngest of the libertarian "superstars": Murray N. Rothbard. Still in his mid-40s, Rothbard's writings have begun to see the light of day in the New York Times, Intellectual Digest, and many other prominent publications — left, right, and center. He has appeared on numerous radio and television shows, including the Today Show, and his ideas have been debated widely throughout the country. He is stirring up more and more admirers with the publication of his latest book, For A New Liberty. While Rothbard has yet to have the impact of Rand, Friedman, or Hayek, his influence is rapidly growing.

But the most significant things to be said about Rothbard are intellectual. For in Rothbard we have one of the only explicit system builders writing today. He has already published three volumes of a treatise on economic principles, namely the two volumes of his Man, Economy, and State and its sequel, Power and Market. Numerous works on economic history have been published, and with the publication of For A New Liberty, there is the first book-length statement of his political philosophy. Moreover, the best is yet to come. Rothbard is working to complete his book on the ethics of liberty and to bring the first several volumes of his multi-volume history of the United States to publication in the near future. This last involves one of the most ambitious undertakings of any contemporary historian.

But if Rothbard's intellectual scope and prolific nature come as surprises to some, others have been eagerly following his writings for several years. For scattered throughout dozens of journals and magazines are literally scores of articles on everything under the sun, from the methodology of the social sciences to detailed researches into the nature of World War I collectivism, from the philosophy of ownership to the nature and fallacies of egalitarianism. For some time now, the Rothbard boom has been proceeding apace, yet relatively few of his path-breaking essays have been seen outside of obscure journals. Few people understand the Rothbardian ideology in its full context.

It is our purpose, in publishing this little book of some of Rothbard's greatest essays so closely on the heels of the publication of For A New Liberty, to pick up where that book left off. Thus here is Murray N. Rothbard, system-builder. To students of anarchist thought there is something else present here: the first anarchist social philosopher who not only is on the level of Marx in terms of scope and originality, but who is a libertarian as well. For Murray N. Rothbard was one of the first truly free-market anarchists, and the only one so far to put forward an original system of ideology. Whether one agrees with Rothbard or not, his ideas are both original in important ways and also significant.

The contents of this book are from a wide variety of sources: "Egalitarianism as a Revolt Against Nature" was first delivered before an international symposium on human inequality and is being reprinted from the Fall, 1973, number of Modern Age. "Left and Right: The Prospects for Liberty," is reprinted from the famous first issue of Left and Right. "Justice and Property Rights" is drawn from yet another symposium. The remainder of the essays are drawn from the "little" magazines, from The Individualist, Outlook, Modern Age, The Standard, Rampart Journal, New Individualist Review, Left and Right, and The Libertarian Forum.

All of these essays can speak for themselves, and it is not necessary to introduce them individually. They deal with some of the most significant issues of our time: with war, peace, human inequality, justice in property rights, the rights of children, national liberation, and many others.

It would be nearly arbitrary to pick out a few as being most important, but in my view, the essay "Left and Right: The Prospects for Liberty" is one of the most important essays ever penned. Not only is it a virtuoso piece of the highest order, but also the level of integration is simply astonishing. Here, in just a few short pages, Rothbard presents the closest thing in print to a true libertarian manifesto comparable to The Communist Manifesto.

Here is the entire libertarian worldview, the unique way of viewing history and world affairs that even now few libertarians fully grasp. In fact, I do not recall anything in the literature of political thought fully comparable to this essay. If nothing else, it is so tightly integrated and condensed that Rothbard has packed more information here than most authors do in all of the books that they might publish over the course of a lifetime. It is in this essay that Rothbard outlines what can only be regarded as the culmination of the entire worldview of both the Enlightenment and of the entire natural-rights, natural-law classical-liberal tradition. But the reader can discover this for himself.

No collection of essays can fully represent the nature of an ideology as comprehensive as that of Murray Rothbard, and this book is no different. But it is our hope that this book will help add fuel to the growing interest in Rothbard's thought and writings, and help to stimulate the publication of many of the remainder of his essays in book form.

For until Rothbard's work is carefully studied by every advocate of liberty, the value of his contributions to the libertarian system cannot be fully appreciated and, moreover, the unity and true historical context of libertarianism will not even be fully grasped. It is in order to help achieve this end that we are making this book available at the present time. If it helps to stimulate consideration and discussion of this remarkable man's ideology, our end will have been achieved.

Roy A. Childs, Jr. (1949–1992) was a libertarian essayist and critic who counted among his early influences Ayn Rand, Ludwig von Mises, Rose Wilder Lane, and Robert LeFevre. In the 1960s, Childs became friends with Murray Rothbard, and Childs's controversial paper, "The Invisible Hand Strikes Back,"

Roy A. Childs, Jr. (1949–1992) was a libertarian essayist and critic who counted among his early influences Ayn Rand, Ludwig von Mises, Rose Wilder Lane, and Robert LeFevre. In the 1960s, Childs became friends with Murray Rothbard, and Childs's controversial paper, "The Invisible Hand Strikes Back," was published in the inaugural issue of the Journal of Libertarian Studies. In 1977 he became a research associate of the Center for Libertarian Studies.