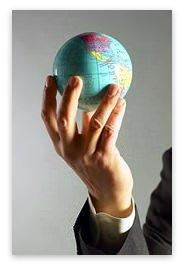 Nomenclature and in particular, catchy phrases and slogans, are integral to the institution and leadership of political action and violence as well as simplifying or condensing the rationale for such action into neat and all encompassing phraseology.

Take for example, "from each according to ability, to each according to need." This trite phrase uttered by Bolsheviks encapsulated the raison d'être and legitimized the terror inflicted by their foot soldiers against "bloodsuckers" and "enemies of the state" who were murdered and relieved of their property. Who was a bloodsucker or enemy of the state was decided upon by Bolshevik leadership.

In other words, the state, which manifests itself in the form of certain individuals supposedly acting on behalf of everyone, will determine what peoples' abilities and needs are. The problem with forcefully organizing society in this way is that every human is different, possessing unique abilities and needs according not to what someone in a position of power has allotted them, but to their own sensibilities.

Not only is force to achieve these ends immoral, but it is impractical and wealth-destructive. We all condemn slavery, so why is it not immoral to force people to act in a way that is deemed to be beneficial to them?

In 1987 a new but eerily similar political term was coined — "sustainable development" — which is defined as follows:

Development that meets the needs of the present without compromising the ability of future generations to meet their own needs.

This definition is attributed to Dr. Gro Harlem Brundtland, a medical doctor and the former Prime Minister of Norway, who, at the bequest of the then Secretary General of the United Nations, established and chaired the World Commission on Environment and Development. Her Committee produced a report entitled Our Common Future in which the definition first appeared.

Subsequent to the publication of the report, an enormous amount of meetings have been carried out, largely attended by state officials, state-financed intellectuals and the management of large corporations, to discuss the implications of such a statement and in particular its implementation in the form of coercive state regulations, which are coming into effect worldwide.

These regulations are far-reaching and increasingly designed to impact people's everyday decision-making.

The private sector has been forced to swallow this new pill whole and almost without question. Companies are anxious to demonstrate how their practices are sustainable in order to curry favor with regulators.

This rush to compliance is all too reminiscent of the Y2K fiasco when every company and organization was required, by law, to devote significant resources to demonstrating that they were Y2K compliant.

Coercive communism is a failure because it consists of a self-appointed elite forcing needs and abilities upon people against their will. Needs and abilities cannot be determined arbitrarily by leaders; they stem from each person according to their own unique value system.

Similarly, "enlightened" leaders should not be able to force us to act according to their assessment of what future generations' needs may be. Yet this is precisely what they propose.

Apart from the immorality of such an imposition, it doesn't even make sense practically. This is no more apparent than in one of the most integral of activities to industrial and modern society: mining. Anything we utilize has either been grown or mined. The most useful, sturdy and long lasting of things, such as concrete, steel and copper wire, are made from material that is mined.

Metals are not naturally occurring in forms that are readily useful; formulae derived from experience and labor are required to produce metal in a useable form. The cost and effort to extract and refine elements such as iron and copper are so high that metal has always been recycled which is possible because the properties of metals are not lessened by nature over time, unlike wood and other "farmed" substances.

The Bible speaks of turning swords into plowshares and that is what even industrial societies do today. For example, roughly 50% of all copper "consumed" in the United States is recycled. There are no government mandates that force this on people, it is just good sense on account of the fact that it is cheaper to melt a metal item and remake something new with it than to search for a new copper mine, develop it, dig out the copper, refine it and then make the new item.

In this very real sense, mining is infinitely sustainable; the needs of future generations will be met over and over again by the metal that past generations have found, extracted and refined. Before the metal was found, extracted, and mined, it was useless to humankind and there was nothing to even evaluate as sustainable. The fact that the metal has been removed from the ground and no longer exists there is not a sign of non-sustainability; rather it has created a permanent and unending supply of copper that can be recycled and reused ad infinitum.

Legislating sustainability is another attempt to replace the collective decisions of many in the market place with the coercive will of the few. In a free market, with increasing scarcity of a given resource, its price tends to rise, encouraging economizing on behalf of those who consume the resource.

Why then all the fuss about making industries such as mining sustainable? Perhaps the people behind the legislation — the intellectuals, the legislators, and the large business firms that already dominate their industries — form an alliance that serves their own self-interests. The revered intellectuals sit on endless committees defining meaningless terms like sustainable development and are paid handsomely for doing so.

They are also lauded, much like actors, by their own organizations, which continually self-produce awards. Mingling with media, wealthy patrons, government officials, and business leaders, they frequent the most exclusive locations on the planet to discuss the implementation of their leadership. The self-interest of the legislators and government is readily apparent as their incomes are derived from the taxes that society is required to pay, purportedly for their management of the new laws and regulation that will ensure sustainable development.

Established business firms would like to prevent others from offering similar services to those they provide. As Dr. Gabriel Kolko pointed out in his Triumph of Conservatism, the rise of government regulation in the 1900s in the United States resulted directly from the appeal for its implementation by established businesses.

Regulation, far from being established by altruistic intellectuals and far-sighted politicians, creates government-enforced cartels for (and was conceived by) the established businesses that were losing their command of the marketplace to new business that were providing cheaper and better products and services.

The regulation favored the large, established firms. The implementation of sustainable practices is condoned, supported, lauded, and financed by the big businesses of today. Like their 19th-century counterparts, they have the accounting staff and present infrastructure to handle the extra costs of becoming "sustainable." It is the little guy — the new entrepreneur — who is paralyzed by the burden of the new legislation.

The enlightened intellectuals behind sustainability today are likely dupes who are happy to exchange accolades, notoriety, and large UN salaries for creating nonsensical legislation that only serves to inhibit new enterprise and entrench established business interests.

Who is hurt by this? Certainly anybody who would like to enter a new business into the marketplace, but more importantly it is the consumers of the products these industries produce who are harmed. Coercive legislation reduces the diversity of quality and prices among competing products. It robs consumers of options, raises prices, and destroys wealth.

Nobody can decide what is "sustainable" for another person. Every action requires a weighing up of costs and benefits. To implement any one person's idea of sustainability on everyone else will result in loss. The idea that people are not able to make these decisions on their own, and require leadership and coercive laws to determine what is best for them, is essentially to implement slavery.

Communists told us to follow them because humanity was at stake. Today we are told that the planet itself is at stake. It sounds like a new way of saying the same old thing. To sacrifice the needs of individuals for the sake of the many will result in great benefits to the very few, at the cost of the many.

Morgan Poliquin is a registered professional Geological Engineer, holds a Masters degree in Geology, and manages a publicly traded exploration company. Send him mail. Comment on the blog.