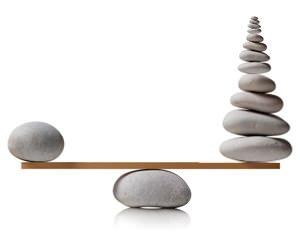 One of the most subtle aspects of modern economic theory is the relation between subjective value and objective money prices. This is an area where the Austrians have an advantage over other schools, because they care more about their forebears than most other economists, and because Austrians were instrumental in the development of subjective-value theory.

On a blog devoted to open-source standards, the discussion recently turned to economics. Specifically, the programming expert thought he had discovered a fatal flaw with the gold standard. It will be instructive to parse his post and correct his misunderstanding of modern price theory and the case for gold as money.

Our writer, Andy Updegrove, begins his post by noting an oddity when it comes to market value:

Standards cover an awful lot of ground — how big things are; how much they weigh; how fast they go; how much power they consume; how pure they are; how they must be shaped so that they fit together….

In short, standards relate to measurable things. Indeed, the earliest formal standards created in societies everywhere were usually those related to weights and measures. …

There is, however, one exception to this rule. Curiously enough, it involves a standard that is as old as weights and measures themselves. And despite its ancient lineage, nations still can't agree for very long on what measuring stick should be used, or how it should work. This is rather remarkable, given that the standard in question is perhaps the only one that nearly everyone makes use of almost [e]very day of their lives.

That standard, of course, is money — dollars, Euros, renminbi — each one a measure of value.

Already we've hit an ambiguity. When Updegrove says "value," does he mean the subjective value that an individual attributes to a particular unit of a good, or does he mean the objective market-exchange value that the price system assigns to it? Once we take account of this distinction, the alleged paradox falls away.

If we are referring to subjective value, then there is no "unit" of measurement at all. Suppose we take an old photograph of Jill's grandmother, and ask Jill, "Do you value this object?" Jill might say, "Yes, very much so." Then we hold up her calculator, and ask if Jill values it as well. Jill might say, "Yes, but not as much."

On the other hand, suppose Jill is really strapped for cash, and so she is auctioning off her possessions on eBay. We might ask, "What do you think the photograph and calculator are worth? What's their value?" Jill might answer, "Well, the photograph comes from the Great Depression, so some history buff might give me $15 for it. And this HP scientific calculator sells new for $50, so I'm hoping I can get $30 for it used." If we then asked, "How much more valuable is the calculator than the photograph?" Jill could answer, "Well I'm just guessing, but probably about twice as much."

Even though our hypothetical conversations with Jill used similar terminology, notice that what we really meant was quite different in the two cases. Originally, when Jill said she valued the photo more than the calculator, she meant her own subjective valuation. If we threatened to destroy one of the objects, Jill would have preferred that we spare the photo. (Of course, things get complicated if Jill decides to sell the items; in that case the calculator would become more valuable to her, even subjectively, and she would prefer that we destroy the photo.)

With subjective preferences, there is no "measurement" going on. Modern economics can explain consumer behavior without assuming any underlying units of "utility." We only need to assume that people know how to rank units of goods in order from most to least preferred.

But when we switched from individual, subjective valuation to the market's objective valuation, things were different. Jill was no longer reporting on her personal taste, but rather on her estimate of what prices she could fetch if she sold the two items. The prices are denominated in money, which can be expressed in cardinal units. In that sense, money prices measure market exchange value.

Both Parties Benefit from a Voluntary Trade

Updegrove is vaguely aware of these issues. Indeed, the reason so many people feel qualified to comment on economics — whereas they wouldn't dream of pontificating on the technique of a double bypass — is that we all live economics in our daily lives. Here's Updegrove elaborating on (what seems to him) the problem of market measurement:

The problem starts with the fact that while any two people may agree on what it means to say that a given object weighs a pound, the value of the object in Pounds [£] is necessarily in the eye of the beholder. There are temporal issues to address as well. While the weight of the object in question will still be one pound tomorrow if left undisturbed, its value in the marketplace will likely have changed, even if only slightly.

Part of the problem here is that Updegrove doesn't understand how subjective preferences give rise to objective prices. This is a complex topic; I refer the interested readers to chapters 6 and 7 of my new textbook for high schoolers.

Let's start with the basics. When two people engage in a voluntary trade, they both benefit. In other words, they both walk away with the "more valuable" object. As Updegrove realizes, this would be impossible with an objective property, such as weight; it's impossible for both parties to walk away from a trade with the heavier object.

But once we realize that value is in the eye of the beholder, then we can understand that people value objects differently and hence can each swap a less-preferred item for a more-preferred one.

What's really interesting is that this holds not only in barter — where Johnny trades his bologna sandwich for Sally's peanut-butter sandwich, and both kids think they got the better end of the bargain — but also in monetary exchanges.

For example, if I give a butcher $30 for a ham, it is because I value the ham more than the $30 in cash that I hand over. But, on his end, the butcher values my $30 more than that particular ham.

In this trade, it's not the case that I thought, "This ham is worth $30." No, I thought the ham was worth more than $30, if "worth" refers to the subjective value I place on it. If I thought the ham were worth $30, then why would I bother swapping my $30 for it?

Switching examples, if I buy 100 shares of stock at $10 apiece, we can conclude three things:

(3) The market value of the 100 shares equals $1,000. Someone else who owns, say, 50 shares of the same stock would think that it constituted $500 of wealth in his portfolio. All that statement means is that the last traded price was $10 per share.

Once again, we see the importance of distinguishing between subjective valuation and objective market prices.

Market Valuation and the Gold Standard

Updegrove finally relates his musings to the topic of the gold standard:

Determining what the dollar is "standing on" matters. …

So it is that people have struggled from the dawn of time with how to measure what is, in fact, an abstraction. That effort has too often involved forcing the round peg of traditional standards rules into the square hole of monetary policy. When that happens, people time and again have turned to a single gleaming, elemental reference point to give some sort of reality to the value of their dollars and pounds, roubles and francs.

I refer, of course, to gold — the "Mama Bear" of monetary reference points. …

[G]old has always provided an appealing option as a reference point for establishing value. … In the modern era, bank notes have largely replaced coins, but in many cases (as in the United States) those bank notes could be exchanged for actual gold coins, and later for silver. Only in the mid twentieth century were "silver certificates" removed from circulation in the U.S. After World War II, the gold standard was internationally formalized with the dollar as the first link in the valuation chain: under the Bretton Woods treaty, the value of the dollar was fixed at 1/35th of a Troy ounce of pure gold, and other nations indirectly established the value of their currency relative to gold via conversion rates into dollars. …

Perhaps it would help gold bugs abandon the dream of resurrecting the past to find the future by pointing out one simple fact: if we're going to peg everything to gold, what is it that we're going to peg gold to? Yes, such a system might to some degree rationalize economic relations between countries, but the world as a whole would remain unsupported. Sadly, there simply aren't any more turtles underneath to support whatever value it is we agree to give to gold.

I'm actually sympathetic to Updegrove. It's true that some of the more passionate defenders of gold will refer to it as "real money," possessing "intrinsic value," with which the dollar must be "backed up."

Yet, as our discussion has made clear, strictly speaking, there is nothing immutable in what money measures. It directly measures market-exchange value, but that in turn is determined by subjective (and fleeting) valuations of individuals.

Wealth or exchange value is an objective concept, but it is not stable. This is why it is so difficult for analysts who are used to conventional measures to grasp what happens in an economy. It is analogous to a sound technician, whose job involves ranking songs according to their loudness using a decibel scale, talking to a DJ who ranks those same songs according to how often they are requested by listeners.

When enthusiasts say that gold is "real money," and that it provides a "solid foundation" for the economy — in contrast to fiat paper — what they mean is that commodity money emerged spontaneously out of the free market as traders placed a premium on goods of higher liquidity. In contrast, it took coercion for governments around the world to wean their subjects off of gold and silver and to foist paper notes upon them.

The great virtue of commodity money — and the great vice of government paper money — is that the former cannot be easily produced. Its stability is dependent on physical constraints rather than the mere discipline of central bankers.

The actual process through which subjective valuations lead to objective market prices is complicated. The average person doesn't need to understand it. However, everyone should be aware of the basic principles of modern value theory, as sketched in this article. Precisely because value is subjective, voluntary trades are win-win situations. At the same time, market prices are objective measures of wealth, and they allow firms to calculate whether they are using resources efficiently or not.